WHAT IS MEANT BY THE “WORKS OF THE LAW”?

The new perspective maintains that this expression is primarily used by the apostle Paul to refer to “boundary marker” requirements in the Mosaic law, such as circumcision, dietary requirements and other ceremonial distinctives. According to the new perspective, we should not take these expressions as references to general (moral) requirements of obedience to the law of God that no Jew or Gentile is able to meet and thereby find favor with God.

Rather, the “works of the law” are those “badges” that distinguish Jews from Gentiles and prevent those who do not submit to them from being numbered among the covenant people of God and heirs to the promise to Abraham. The Reformational understanding of the expression “works of the law,” which takes them for human deeds performed in obedience to the commandments of God, fails to read the apostle Paul in the context of his dispute, not with Jewish legalism, but with Jewish exclusivism.

In my judgment, this pivotal claim of the new perspective—that the “works of the law” are simply “badges” of covenant membership that served to exclude Gentiles from the covenant community— cannot be sustained by a careful reading of the epistles of the apostle Paul. Though we will not attempt to consider all the evidence from Paul’s writings, it is not difficult to show that the “works of the law” refer to more than the “boundary marker” requirements of the law. This can be seen from the way Paul uses this language in Galatians and Romans, the two epistles that give most direct and sustained attention to the doctrine of justification. 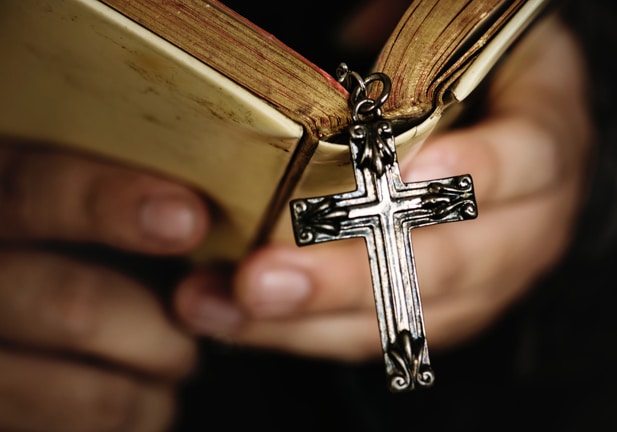 The “works of the law” In Galatians

Paul’s use of the language of the “works of the law” in Galatians is especially significant, since this epistle in its historical context seems most agreeable to the claim of new perspective writers like Dunn and Wright that the works of the law are boundary marker requirements. It is quite clear, for example, that those whom Paul opposes in this epistle were stipulating that circumcision was a necessary pre-condition for inclusion among the covenant people of God. For this reason, they were denying the inclusion of the Gentiles among the people of God in fulfillment of God’s covenant promise to Abraham.

In chapter 2, which describes the problem Paul was confronting, it is evident that the “circumcision party” was requiring that Gentile believers submit to circumcision and thereby “live like Jews” (compare vv. 3, 7–9, 12–14). However, even though this insistence on the part of his opponents was the occasion for Paul’s argument in Galatians, an examination of his use of the expression “works of the law” in this epistle indicates that the deeper problem goes beyond an appeal to the boundary marker requirements of the law.

The first instance of the use of this expression is in Galatians 2:15–17: “We ourselves are Jews by birth and not Gentile sinners; yet we know that a person is not justified by works of the law but through faith in Jesus Christ, so we also have believed in Jesus Christ, in order to be justified by faith in Christ and not by works of the law, because by works of the law no one will be justified” (emphasis mine). The immediate occasion for this assertion by the apostle Paul that no one is justified by “works of the law” is fairly evident: the claim of those of the circumcision party that Gentiles must “live like Jews” to be received into the fellowship of God’s people. This passage seems, therefore, to lend support to the new perspective’s position that the “works of the law” are those boundary markers that some Jewish-Christians were stipulating as prerequisites to inclusion within the covenant people of God.

However, though there is little doubt that Paul was opposing this kind of appeal of the “works of the law” on the part of Jewish-Christians who were unprepared to acknowledge that the promise to Abraham extended also to the Gentiles, the apostle Paul’s use of this expression elsewhere in Galatians indicates that more is involved than the boundary marker requirements of the law. This becomes evident when we consider such passages as Galatians 3:10–14, Galatians 5:2–4, and Galatians 6:13. In these passages, the apostle argues that his opponents’ insistence upon obedience to the “works of the law” as a means of justification imperils the gospel of Christ. If justification is by “works of the law,” then the one who is justified is under obligation to find life and blessing by means of obedience to the whole of the law. That is a road no one can travel without finding it to be a way of the curse and death.

“For all who rely on works of the law are under a curse; for it is written, ‘Cursed be everyone who does not abide by all things written in the Book of the Law, and do them.’ Now it is evident that no one is justified before God by the law, for ‘The righteous shall live by faith.’ But the law is not of faith, rather ‘The one who does them shall live by them.’ Christ redeemed us from the curse of the law by becoming a curse for us—for it is written, ‘Cursed is everyone who is hanged on a tree’—so that in Christ Jesus the blessing of Abraham might come to the Gentiles, so that we might receive the promised Spirit through faith.”

What is striking about these familiar verses is the way the apostle Paul enlarges the principle of his opponents, namely, that believers are justified by “works of the law” such as circumcision or other boundary marker requirements. Those who would be justified by such “works of the law” are reminded that the law pronounces a curse upon everyone who fails to keep “all things” that are written in it.

Thus, if anyone seeks to be justified by the works of the law and thereby escape the curse of God, he will have to abide by everything required in the law. Any failure in respect to the law’s requirement will inevitably bring about the curse pronounced in Deuteronomy 27:26.

Though the particular “works of the law” that his opponents were emphasizing were no doubt what Dunn and others call “boundary markers,” Paul generalizes on the basis of the threatened curse of Deuteronomy that God’s judgment rests upon anyone who falls short of anything that is written in the law.

Furthermore, it is instructive that the requirements of the law in the context of Deuteronomy 27 include more than such things as circumcision, dietary laws and feast day (Sabbath) provisions. They also include prohibitions against idolatry, dishonorable behavior toward one’s father or mother, incest, and murder (Deut. 27:15,16,20,24). It is not enough, therefore, to keep the former requirements in order to be justified. One must also live in conformity to all that the law enjoins.

For this reason, the apostle also appeals to the principle of the law enunciated in Leviticus 18:5: “The one who does them [that is, the things required in the law] shall live by them.” If life and the blessing of favor with God are to be based upon doing what the law prescribes, then the way of life can only be found in the performance of everything that the law demands.1

The implication of Paul’s argument in these verses seems clear: since no one abides by all things written in the book of the law, all are under its curse and unable to find life on the basis of obedience to the law. That no one is justified by the “works of the law” expresses a truth that goes beyond the occasion of the Judaizers’ unwillingness to embrace Gentile believers who were uncircumcised and disobedient to the law’s boundary markers.

“Look: I, Paul, say to you that if you accept circumcision, Christ will be of no advantage to you. I testify again to every man who accepts circumcision that he is obligated to keep the whole law. You are severed from Christ, you who would be justified by the law; you have fallen from grace.”

In this passage the apostle clearly states that his opponents were emphasizing the necessity of circumcision as an identifying marker and entrance requirement for all who were included in the number of God’s people. This is again a reminder of the particular occasion for the apostle’s polemics in Galations. However, the Judaizers’ insistence that Gentile believers submit to circumcision in order to be admitted into the covenant people of God is tantamount, according to the apostle Paul, to requiring submission to “the whole law.” The law and its obligations cannot be treated piece-meal, as though it were possible to be justified by obedience to certain of its requirements (e.g. boundary markers).2

If his opponents want to base their justification with God upon such things as circumcision, they will have to assume the full burden of the law as the means of justification. The implication here, though unstated, is clear enough: because his opponents have not met and cannot meet this burden, they have embraced an obligation that is beyond their reach. Moreover, to seek justification in the way of obedience to (certain) requirements of the law is inimical to the grace of Christ. Either one is justified freely through faith in Christ or through obedience to the law.

“For even those who are circumcised do not themselves keep the law, but they desire to have you circumcised that they may boast in your flesh.”

In this verse the apostle Paul uses admittedly an ad hominem (concerning the person) argument. He charges his opponents, in effect, with a kind of hypocrisy. When the Judaizers insist that others be circumcised in order to be justified, they do so in order that they may “boast” in the “flesh” of others, even though they themselves are guilty of not having kept the law. When the apostle Paul speaks here of the failure of his opponents to “keep the law,” he cannot be referring to their failure to fulfill the boundary marker requirements of the law. They were undoubtedly circumcised. What he refers to is their failure to recognize the consequence of their boast in the flesh, namely, that such boasting requires a great deal more conformity to the whole law than they are able to produce. Thus, Paul’s opponents stand condemned by their own boast.

In each of these three passages, then, Paul is contending with a larger issue than whether circumcision, for example, is a necessary precondition to inclusion among the people of God. Though writers of the new perspective are quite correct in their emphasis upon the particular historical occasion for Paul’s argument in Galatians, they do not do justice to the way Paul answers his opponents.