The biblical basis for the doctrine of imputation includes more passages than those we have had occasion to consider briefly. However, these are sufficient to illustrate the biblical teaching that the justification of sinners occurs by means of the reception of the righteousness of Christ, granted and imputed to them by God and received through faith. No other basis than that of Christ’s righteousness—comprising the entirety of His mediatorial work, not only His death for sin but His perfect life of obedience—can make a sinner acceptable to God.

The importance of the doctrine of imputation can also be confirmed by its intimate connection with other biblical and theological themes. Consequently, we conclude our treatment of imputation by noting its relationship to several theological corollaries.

In the classic reformational view of justification, the expressions “by faith alone” (sola fide) and “on account of Christ alone” (solo Christo) are used to affirm precisely what the doctrine of imputation affirms. We are said to be justified “by faith alone” (sola fide), not because the faith that alone justifies is an alone faith (without works), but because it is the exclusive instrument or means to receive the free gift of righteousness that is the basis for our acceptance with God. If the doctrine of imputation emphasizes that the ground of justification lies outside of us in a righteousness that God grants and imputes to us, then faith alone answers to the nature of the act by which God justifies sinners. A gift can only be received. It cannot be earned. Faith, therefore, as a receiving instrument is just the response that answers to the granting and imputing of righteousness that justification requires. Similarly, to say that our justification is “on account of Christ alone” (solo Christo) is equivalent to saying that it is on account of the righteousness of Christ that becomes ours through imputation. The doctrine of imputation serves as an indispensable safeguard against the teaching that sinners can find acceptance with God on the basis of any righteousness other than that of Christ alone. 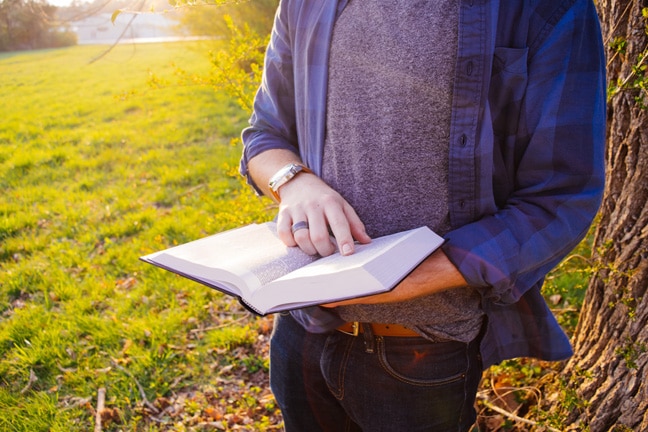 Even as imputation affirms what is expressed by the language of “faith alone” and “Christ alone,” it also affirms what belongs to the biblical doctrines of Christ’s substitutionary atonement and the believer’s union with Christ. If Christ’s life, death and resurrection occurred by God’s design for or in the place of his people, then it follows that all that He accomplished counts as theirs, so far as God is concerned. How could Christ’s work on their behalf and for their benefit not be reckoned to their account, if indeed it is just as though they had performed it!

Furthermore, when believers become united to Christ through faith, they come to participate in all the benefits of his saving work. Faith is the “empty hand” by which believers acknowledge and receive all that Christ has accomplished for them. To say that God grants and imputes the righteousness of Christ to believers is, accordingly, to acknowledge what is required by the doctrines of Christ’s substitutionary atonement and the believer’s union with Christ through faith.

Luther, in his well-known sermon, “Two Kinds of Righteousness,” illustrates this point by appealing to the analogy of the bride’s intimate union with the bridegroom:

Therefore a man can with confidence boast in Christ and say: “Mine are Christ’s living, doing, and speaking, his suffering and dying, mine as much as if I had lived, done, spoken, suffered, and died as he did.” Just as the bridegroom possesses all that is his bride’s and she all that is his—for the two have all things in common because they are one flesh—so Christ and the church are one spirit.1

The biblical doctrine of imputation is often charged with being a “legal fiction.” God is said to regard sinners as though they were righteous, even though they remain sinners still. For the same reason that many object to the imputation of the guilt of Adam’s sin to his posterity. The guilt is “alien,” not personal and real—imputation is often decried as a cold, legal transaction that leaves sinners in the same condition as before.

There are two critical problems with this objection. The first problem, which is not so much our concern here, is that it ignores the way Christ by His Spirit simultaneously sanctifies the believer whom He justifies. God, who declares the sinner righteous in justification, also makes the sinner righteous through the process of sanctification. The second problem, which is our concern, is that this objection ultimately charges God, who declares the ungodly righteous on account of the work of Christ, with declaring to be real what remains only a fiction. The same objection in principle could be offered against God’s declaration that all are subject to condemnation and death on account of the one trespass of the one man, Adam.

However, the verdict of innocence that God pronounces in freely justifying sinners for the sake of Christ’s saving work is no fiction. Rather, it is a divinely ordained and accomplished reality.2 What could be more real than the perfect obedience and satisfaction of Christ, which are graciously granted and imputed to believers who place their trust in Christ alone? Perhaps the best answer to this objection, therefore, is to reply in the words of the apostle Paul: “Who shall bring any charge against God’s elect? It is God who justifies. Who is to condemn? Christ Jesus is the one who died—more than that, who was raised—who is at the right hand of God, who indeed is interceding for us?” (Romans 8:33–34).

The story is told that J. Gresham Machen, shortly before his death, sent a telegraph to his colleague John Murray with the words: “I’m so thankful for active obedience of Christ. No hope without it.”3 Though Machen’s words express the truth more poignantly and personally than does the language of “the imputation of the righteousness of Christ,” they capture the heart of this biblical teaching. The doctrine of imputation is simply a way of asserting that Christ’s life, death and resurrection are the sole basis upon which sinners are set right with God and become heirs of eternal life. Clothed in the perfect righteousness of Christ, believers may have confidence in the presence of God. They know that the wages of their sins were fully paid by Christ. They know that the obligations of obedience were perfectly fulfilled by Christ. They know that Christ, as their Advocate, continues to intercede for them before God. In short—being found in Christ, they know with the confidence of faith that “[t]here is therefore now no condemnation for those who are in Christ Jesus” (Romans 8:1). And so they sing:

Man’s work faileth, Christ’s availeth; He is all our righteousness. He, our Savior, has forever set us free from dire distress. Through His merit, we inherit light and peace and happiness. (Fortunatus, c. 530–609)

2 Cf. James Buchanan, The Doctrine of Justification (Grand Rapids: Baker reprint, 1955 [1867]), p. 337: “When we are brought face to face with such realities as these, it is vain to talk of ‘legal fictions,’ whether under the Law or under the Gospel; for while condemnation, on the one hand, and justification, on the other, are strictly forensic or judicial acts, and must necessarily have some relation to the Law and Justice of God,—and while the representative character both of the first and second Adam, and the consequent imputation of their guilt and righteousness to those whom they respectively represented, can only be ascribed to the sovereign will and appointment of God,—yet the results are in their own nature real and true, and not, in any sense, fictitious or imaginary.”

Dr. Cornelis P. Venema is the President of Mid-America Reformed Seminary where he also teaches Doctrinal Studies. Dr. Venema is a contributing editor to The Outlook.