Equal rights for Christian parents is a goal yet to be attained in democratic America. The freedom to send our children to the school of our choosing for the same money that it costs public school parents to send their children to the public school is not yet ours. We do not yet have equal rights with parents who choose a non-Christian education. This is discrimination.

This thesis was set forth among other places in the April 1954 issue of the Christian Home and School Magazine by the gracious consent of the editor. In February of 1955 the editor replied to that editorial, opposing its thesis in general. I believe that much of his opposition is based upon a misconception of what is actually desired by those who advocate equal rights for Christian school parents. Therefore it is hoped that this reply to his position might clear up some misunderstandings for other readers as well.

The editor asks two main questions. “First, may we on the basis of our own Christian school founding principles receive public tax money for our parental schools? Secondly, is it permissible or possible under existing laws and current interpretations to reallocate tax money or to hand out any accrual of public moneys for parental or parochial schools?” In general his answer is No to both questions, and he concludes that hence we must pay a double price for our Christian schools.

His first question and argument is chiefly that if we should receive a fair share of our own taxes which we pay to the government, we will surrender our responsibility as parents to train our children, and “anything less than shouldering the whole load, financial and otherwise, is an acquiescence to a foreign principle.”

This is undoubtedly based on a misunderstanding of what is advocated. We do not plead for the slightest breach in the principle that the parents are one hundred percent responsible for the education of their children. That has not been mentioned and may not be inferred. In striving for equal school rights, we do not advocate the shifting of responsibility onto the state. Rather, the Christian schools must remain exactly as they are now down to the jot and tittle. There would be no reorganization of the school, no difference in the school board, election of the school board, choice of teachers, control of students that may be admitted, or teaching of the subjects. The schools would remain the same as they are now. The only difference would be that the Christian schools would have equal financial rights with the public schools.

It is good to see that the editor is very concerned about surrendering parental responsibility for his schools. Under the proposed system that is not necessary either theoretically or practically (witness the example of Switzerland, not to mention other countries, where this system is worked out).

The second argument that the editor brings forth is that this proposed setup is contrary to existing laws and their current interpretations. He quotes, among other things, the First Amendment, which says: “Congress shall make no law respecting an establishment of religion, nor prohibiting the free exercise thereof.” The editor is correct in stating that this has been interpreted as meaning that no tax money should be given to Christian schools.

However, if a Christian school should receive tax money, this would not be a violation of the First Amendment principle of the separation of church and state for the simple reason that the Christian school is not a church. We must not confuse religious schools with church schools. The editorial is not clear on this point. Every school is religious in the sense that all of its subjects are religiously oriented. Even the public schools are religious in this sense, just as much as the Christian schools. But Christian schools are not church schools—they are parental schools—and therefore, when they receive their fair share of school taxes, there is no violation of the principle of the separation of church and state. 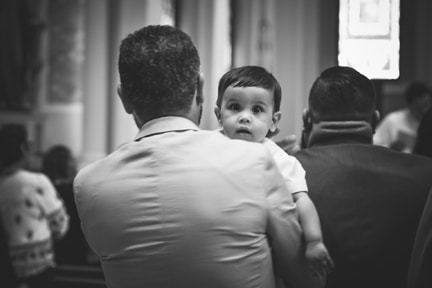 This, however, is difficult to show to the average American, who thinks that the public schools are neutral in their teaching. Therefore, historically, the Christian schools have not received help from the government. But this does not mean that we should give up our goal. The only question is: What is right? What is fair? and not, How has a law been interpreted historically? History makes mistakes. Amendments have been added to our constitution. Interpretations have changed as light has dawned. Granted that it will be difficult to convince our “neutrally” minded American friends, but that must never dampen our zeal for what is right. If equal school rights are not a just cause, we want none of it, and let us abandon our schoolstrijd, our struggle toward that end. But if it is just, then we should not give up the fight because of a wrong historical interpretation by the courts. On the contrary, we must try to show that the interpretations have been grossly unjust.

In concluding, the editor appeals to one concrete case—Ceylon—where the proposed system has resulted in governmental influence in the Christian schools, and he says that the church leaders feel that the sooner they can cut loose from Caesar the better for quality Christian education. Now if no constitutional guarantees against government interference could be gained, then certainly it is better to cut loose or remain loose from Caesar. But what we are advocating is that there be written into the constitution guarantees against such interference.

Over against the church leaders of Ceylon, we have the church leaders of the Christian Reformed Church who have just recently accepted public taxes for the operation of the schools in Nigeria. They, too, were wary of governmental interference and followed this new policy only after they received guarantees that the government would not interfere with their schools. Other countries have done the same, and we can, too, if we are on our guard.

In conclusion, with all deference to the editor’s judgment, the whole issue does boil down to the principle of fairness, with which we began our article in the Christian Home and School MagaZine and with which we now close. As Dr. Henry Van Zyl pointed out in the Banner of April 29, 1955, sheer justice forbids that we collect school taxes from all the people and then spend them exclusively on some. Such a system is clearly “The Great American Injustice.”(1)

Therefore, let us move into action and seek the justice of equal rights for Christian parents.

(1) The Rev. Howard Spaan wrote a series of articles under this title in the Christian Home and School Magazine in 1949.