Should we seek state aid for private, parent-controlled Christian schools? This issue was raised by Dr. Edwin H. Palmer (see “Ten o’clock” in the ApriL 1955, issue of this magazine). To his position that such schools have right to a share in such state, tax-raised funds Mr. Mark Fakkema, executive director of the National Association of Christian Schools, takes exception. TORCH AND TRUMPET is pleased to continue the discussion. as the clock steadily moves from mid-morning to high noon. 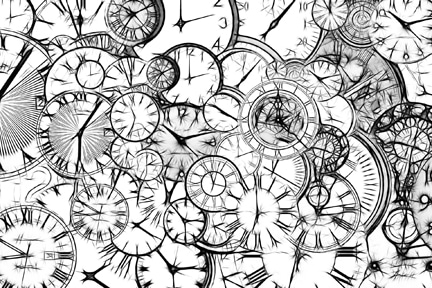 It was eleven o’clock—an hour after a caller had informed me that I must pay $250 for the public schools. My first reaction was unfriendly. I was paying for the education of my own children who went to the Christian School. Why should I be required to pay also for the children that go to the public school, especially when I do not agree with the education given? Surely, it is unfair to demand that I pay double?

Now it is an hour later. I have re-evaluated my first reaction in the light of Scripture. Who was this man who called? Did he really ask me to pay for an education I could not approve?

The man was not a mere individual. He was a representative of a divinely-ordained government and he spoke in the name of God-given authority. The future citizens of a country must be educated. Insofar as parents do not carry out their God-given responsibility to educate their own children, some other social group in which the children are also caught up should be burdened with this responsibility. (According to the Supreme Court of our land the parents have a claim on their children. Said this court, “The child is not the mere creature of the state; those who nurture him and direct his destiny have the right, coupled with the high duty, to recognize and prepare him for additional obligations,” –Oregon case.)

In God’s providence legally chosen representatives, bent on furthering the best interests of our country, enacted a law to the effect that children not otherwise educated should be given a schooling at public (which includes all citizens) expense. This having become the law of the land it is up to our legal officials to enforce this law with the authority that God has given them. And it is our duty to comply with this law. Has God not said: “Let every soul be in subjection to the higher powers: for there is no power but of God: and the powers that be are ordained of God, Therefore he that resisteth the power, withstandeth the ordinance of God: and they that withstand shall receive to themselves judgment” (Romans 13:1 and 2). If Scripture clothed the foreign, pagan government of wicked Nero with heaven’s authority, should we not attribute equal authority to our government?

Did our Lord, before paying his tax, question the “higher powers” as to the use to which his tax money would be put? God’s authority had spoken. God’s Son complied. Let us who are the children of God do likewise. If a law is in error, let us by due process of law seek to correct the error. The evil is one of law-making, not of law-enforcing.

Besides, the fact that the state school does not teach religion must not be held against her. That is the kind of government we citizens wanted and still want, I take it. If the state, would teach a certain religion, matters would be worse rather than better. And let us not forget it, public education is socialized education. This being the case, each citizen—just as in every socialistic state—has no right to expect that his particular religion be taught. (But we may well thank God that we live in a country where we can freely do what God demands of us, namely, educate our own children…and do so (consistent with his ordinances.)

We who believe that education should be religious should not remonstrate against state officials who hand us a school-tax bill. We should rather direct our efforts toward witnessing to our fellow Christians who have forsaken their God-given responsibility to educate their own children. The double tax-problem is not a problem for parents who carry out their God-given educational responsibilities. Such parents are in the path of obedience as far as educating their own children is concerned and as far as obeying civil law is concerned. The real problem lies with those parents who do not obey God’s command to educate their own children. (It should be apparent that if all parents assumed their God-given educational responsibility the double taxation problem as well as the tax itself would be done away with.)

What about those irresponsible parents who refuse to take care of the mental and spiritual health of their own children? Well, let us do what we all do when we are confronted with parents who do not possess the moral or economic wherewithal to give medical aid for the physical health of their own offspring. We urge such parents to send their physically neglected children for treatment to the county (public) hospital, which we all help finance…while we send our own sick to a private hospital at our own expense. We do not complain about a double tax in connection with the public hospital; why complain about a double tax in connection with the public school? We do not object to helping the parents who are financially poor; why object to helping those who are spiritually poor?

Only by our paying public school tax do we have the privilege of checking the downward trend of public instruction. Depriving ourselves of this service would be a far greater loss to our country and to us than the tax money we would save.