“If the decree of election is unchangeable and therefore renders the salvation of the elect completely certain, what need have they of the gospel?” This is the way R.B. Kuiper phrased the question that has often been asked concerning the relationship between election and evangelism. To be more blunt, we might ask, “Doesn’t a belief in election make evangelism unnecessary?”

There has always been a common opinion that the doctrine of election is actually a discouragement or disincentive for God’s people to witness. For example, it has been suggested that predestinarian theology was one factor that limited historic Protestant missions.

In response, we may frankly admit that sometimes those who have denied sovereign electing grace have been more active in missions that those who have affirmed it. On a more personal level, we can probably all admit that we have sometimes used God’s sovereignty as an excuse for personal inactivity. But we must maintain a distinction between how Reformed people have sometimes put their (mis)understanding of election into practice and how we ought to implement a correct view of election with regard to missions. How should a biblical view of election impact personal evangelism? 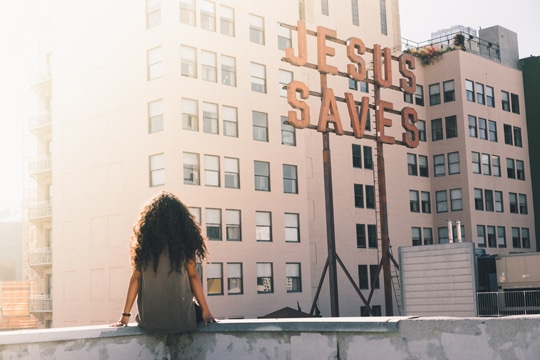 Perhaps the best way to answer this question is to look at how the greatest missionary of the Christian church responded to the doctrine of election. If any Christian missionary ever believed strongly in God’s gracious election, it was Paul. The second half of Acts amply proves that Paul did not suffer from evangelistic lethargy! Instead, Paul’s understanding of election enlivened him to activity.

One of the clearest examples of this is found in Acts 18:9–11. There is good reason to believe that when Paul arrived in Corinth he stood in need of encouragement to speak about Christ. In the ninth verse of that chapter Christ visits Paul to meet that need. He charges him: “Do not be afraid any longer, but go on speaking and do not be silent.” Christ then adds two reasons why Paul should speak.

In the second of these grounds Christ urges Paul to keep up his witnessing by reminding him of the doctrine of election. He says: “for I have many people in this city.” There are many people in the city of Corinth who are owned by Christ, though presently living in grievous unbelief. Christ reminds Paul of God’s gracious election not to deter him from preaching the gospel or to make him indifferent, but to encourage him to action! According to Christ, election is an incentive to evangelism.

Such a claim certainly requires an explanation, especially since it represents a minority opinion among modern evangelicals. How is election an incentive to evangelism?

First, election should promote evangelism because it guarantees results. Our only hope of seeing anyone converted to Christ is rooted in His eternal unconditional election. Consider the alternative. “If the depravity of man is such that no sinner, of himself, will repent and believe the gospel, then, unless God has determined to bring some to repentance, all will inevitably perish.” Without election missions would be a hopeless activity.

Commenting on this passage J. I. Packer summarizes that, “…the sovereignty of God in grace gave Paul hope of success as he preached to deaf ears, and held up Christ before blind eyes, and sought to move stony hearts.”

Notice how this same doctrine is cited in Acts 13:48: “And as many as had been appointed to eternal life believed.” Only because of election was the Apostle’s preaching in Antioch (and Corinth) one hundred percent effective!

Second, election keeps our eyes humbly focused upon God in our evangelism. Paul’s success in Corinth led him to rely more and more on the sovereign purpose of God to save men. When he wrote back to the Corinthians he told them that while he had planted and Apollos watered, it was God who gave the increase (I Corinthians 3:6,8). This is encouraging because there will not always be a visible increase. Thankfully, a firm belief in election also comforts us in our evangelistic “failures.”

Third, election gives a sense of purpose to our mission. When Christ commissioned Paul to be an evangelist he did so by closely connecting Paul’s mission with his own calling and election. “[Paul],” said Christ, “is a chosen vessel of mine to bear my name before Gentiles, kings, and the children of Israel” (Acts 9:15). Significantly, this “predestined commission” was not only given to Paul and to the other apostles. The Apostle Peter links the election of all of God’s people with evangelism. He calls God’s people a chosen (elect) generation. Flowing out of this election is a purpose, namely “to proclaim the praises of Him who called you out of darkness into His marvelous light” (I Peter 2:9).

When opponents charge that the doctrine of election makes evangelism unnecessary they betray an ignorance of the purpose of election. The election of the saints is their divine commission to evangelize. This doctrine affords the believer courage knowing that his name is written in the book of life. It also removes any ulterior motives from the evangelistic efforts of the Calvinist. He has no reason frenetically to engage in evangelism as if he himself is responsible for the “decisions” of others. Finally, election is an incentive to evangelism because it intrinsically requires the use of means. God could have decided to convert sinners without means, but He has not. Instead, He has determined that “Faith comes by hearing, and hearing by the word of God” (Romans 10:17). The Canons of Dort, a thoroughly predestinarian document, highlights the importance of the means of gospel communication already in its third paragraph (I.3). If you believe in election then you also believe in the need for Christians to communicate the gospel.

So we end where we began. It is indeed, only the unchangeable decree of election that renders the salvation of the elect completely certain. This certainty, however, far from being a discouragement is actually “the only ground of encouragement to preach the gospel to sinners.” Election does not make evangelism unnecessary, rather election demands evangelism.

Mr. Bill Boekestein is a Senior at the Puritan Reformed Seminary in Grand Rapids, Michigan. He is a member of the United Reformed Church in Dutton, Michigan.