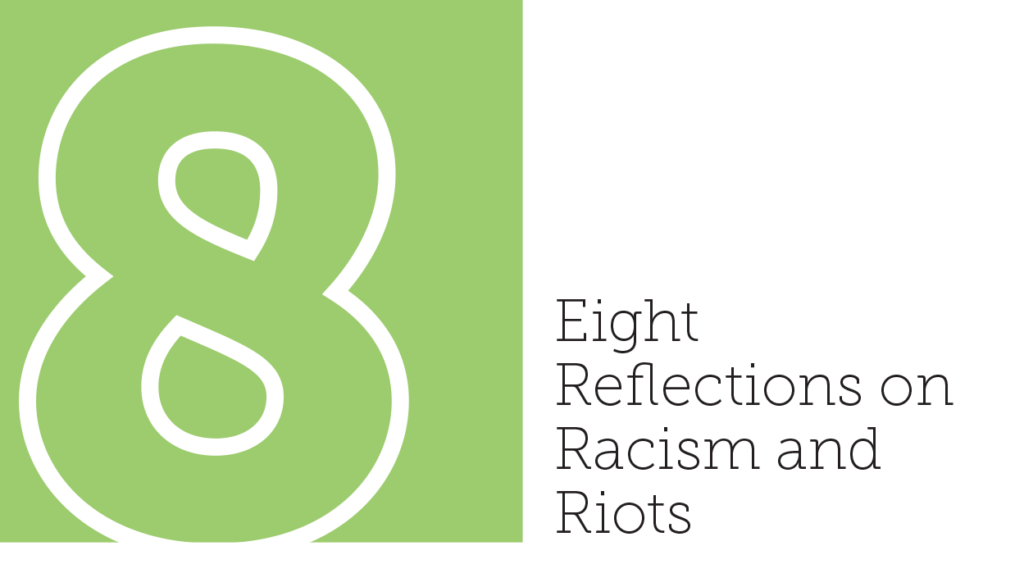 1. There’s only one race on earth, and that is Adam’s race. Regardless of your skin color, your origin can be traced back to Adam (Gen. 1–2). We should therefore view ourselves as belonging to the same Adamic race. Having the same blood, we should love, and not hate, each other.

2. Since we have the same race, you can’t say that your race is better than other races. In fact, it doesn’t make sense to think that your race is superior to other races, since there’s only one race. Thus, to be a racist is inconsistent with the Bible. I think we see racism at its worst in the genocide of approximately six million Jews during Hitler’s time. Hitler thought that the Jews were an inferior group of people, “fit for enslavement, or even extermination.”

4. Since every life is created in God’s image, all lives (black, brown, red, white, and yellow) are equal. We should therefore treat every life with equal importance. George Floyd’s life was as important as the lives of those Nigerian Christians brutally murdered by jihadist Fulani herdsmen and Boko Haram.

According to genocidewatch.com, “350 Nigerian Christians were massacred in the first two months of 2020 . . . Nigeria has become a killing field of defenseless Christians. Reliable sources show that between 11,500 and 12,000 Christians have been massacred since June 2015 when the Buhari Government of Nigeria came to power. Jihadist Fulani Herdsmen accounted for 7,400 murders of Christians. Boko Haram committed 4000 killings of Christians.”

Imagine: since 2015 about twelve thousand black lives were murdered in Nigeria! Right now there are demonstrations around the world, including England, Germany, and Canada, against the murder of George Floyd. Yet I can’t help but wonder why we also don’t hear an outcry regarding the mass killing of black lives in Nigeria? Is it because Nigerian lives are not as important as the lives of those living in the United States? I’m not minimizing the horrible murder of Floyd, nor am I saying that police brutality should not be peacefully protested. However, if we believe that all lives matter, we should treat every single life with equal worth. We should not pick and choose what life we want to value.

5. Since God’s image is sacred and since every life is made in God’s image, every life is not only important and equal but also sacred. The murder of George Floyd was evil because it violated the sacredness of his life (Gen. 9:6). And the sacredness of one’s life doesn’t depend on who violates it. Floyd’s life was sacred not because it was violated by a white police officer. Even if he was murdered by a black police officer, his life was still sacred.

Sadly, if a black life was killed by another black person, or if a white life was killed by a black person, we don’t see the same degree of protest, as if black lives matter only when they are killed by a white person. When was the last time you heard a strong demonstration because a black man was killed by a black police officer? Every life matters because every life is sacred; and thus, I plead with the Black Lives Matter movement that they also protest against the murder of unborn innocent babies in the wombs of every black woman. The lives of these aborted unborn babies were as sacred as George Floyd’s life.

According to Grand Rapids Right to Life, “Abortion is not just a woman’s issue. It’s a human rights issue. . . . Abortion is the number one killer of black lives in the United States. According to the Centers for Disease Control and Prevention, abortion kills more black people than HIV, homicide, diabetes, accident, cancer, and heart disease . . . combined.”

6. God has gifted us in the United States with the First Amendment, which guarantees “the freedom of speech” and “the right of the people peaceably to assemble.” Constitutionally, you have all the right to protest against the injustice done to George Floyd. But according to the First Amendment, you must to do so “peaceably.” Therefore, you have no right to loot, hurt police officers and set their vehicles on fire, or vandalize and ruin buildings. This is not your right! After all, what does looting have to do with the murder of Floyd? Do you think it will help solve the issue? The injustice done to Floyd does not license you to do lawlessness. My heart was grieved with what happened to Floyd, but my heart was equally grieved with the riots caused by lawless protesters.

God says, “Repay no one evil for evil, but give thought to do what is honorable in the sight of all. If possible, so far as it depends on you, live peaceably with all. . . . Do not be overcome by evil, but overcome evil with good” (Rom. 12:17–21, English Standard Version).

7. Racism is still very much alive in our country. We can either ignore this problem and pretend it doesn’t exist, or face and address it. Fellow Christians, we should deal with the issue of racism with the same force that we give to the issues of abortion and same-sex marriage. To my fellow pastors, we should also be preaching against the sin of racism.

8. The only remedy for racism is the gospel of the Lord Jesus Christ. Racism says, “I’m ethnically superior to you.” The gospel says, “We equally matter before God because both of us are created in his image.” Racism violates the sanctity of life. The gospel treats every life as sacred. Racism begets hatred and violence. The gospel begets love and peace. Racism divides. The gospel brings reconciliation not only between you and God but also between you and your enemies. Racism harms and kills. The gospel heals and gives everlasting life through faith in Jesus Christ (John 3:16). Racism resents. The gospel forgives.

“Let all bitterness and wrath and anger and clamor and slander be put away from you, along with all malice. Be kind to one another, tenderhearted, forgiving one another, as God in Christ forgave you” (Eph. 4:31–32).

What we therefore desperately need today in our country is the gospel. And here’s the beauty of the gospel—in Christ we become all one. “There is neither Jew nor Greek, there is neither slave nor free, there is no male and female, for you are all one in Christ Jesus” (Gal. 3:28).

Rev. Brian G. Najapfour has been a minister of the gospel since 2001 and has served both in the Philippines and in the United States. He is the author of several books, including A Hearer of God’s Word: Ten Ways to Listen to Sermons Better. He blogs at biblicalspiritualitypress.org