A Reformed education is the strength of our covenant children. Solomon in his wisdom wrote in the last part of verse 12 of Ecclesiastes 4, “a threefold cord is not quickly broken.” Have you ever seen one of those heavy ropes that are used to secure a large boat to a dock? If you examine it closely enough you will find that it is made up of several cords wound together for strength. This is what Solomon speaks of when he writes of a threefold cord. A rope that is made up of three thick cords is not quickly broken. It is strong. This figure we can apply to the Christian education we receive in a solidly Reformed Christian school. 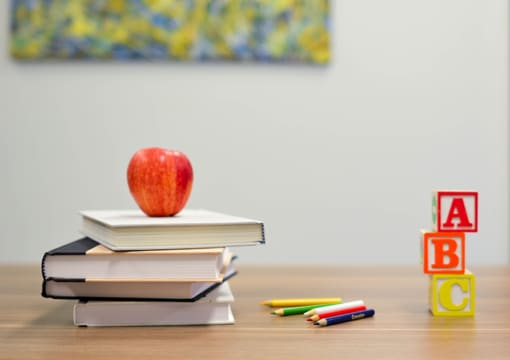 The Bible speaks of two basic spheres where parents are called to instruct their children in the fear of the Lord. One sphere is the church. Covenant parents must see to it that their children are instructed in the things of the kingdom of God by bringing them under the preaching of the Word on Sunday and in the catechism room. This instruction in the church is as a powerful cord that works and strengthens faith in the hearts of our children. If we desire that our children be strong in the faith, then we as parents must see to it that from infancy on they come under the preaching.

But these are only two cords of the rope. Solomon speaks of a threefold cord not being quickly broken. There is also a third cord of instruction: that received in the Reformed Christian school. Now, we need to be careful at this point because the education in the school is not something that stands in its own right. The Bible does not command us to send our children to a school. The Bible teaches us of two spheres where instruction of children must be given: the church and the home. But we add this extra cord to the basic two because this third cord of covenant education in the Reformed day school, when wound together with the other two, makes for a solid rope of education that cannot be easily broken.

For that reason, Reformed Christian education is not merely a matter of preference. We do not send our children to a Christian school that is Reformed in nature because it is just a nice school which we prefer over others. We send them to this type of school because we are convicted in our hearts and souls of the necessity of an education in the secular things of this life from a Reformed perspective. We send them to a Reformed school because we believe it is for their spiritual welfare. We wish to use every strand available to give our children the best instruction in the fear of the Lord possible. We must take our calling as believing parents that seriously! Even if we must empty our bank accounts to send our children to a Reformed Christian school. We must be convicted of it!

Have you ever stopped to figure out how many hours of the day our children spend in school? I believe that the number is close to seven hours. That is a large share of our children’s lives. If they sleep, lets say, another eight hours in that day, that means that we as parents are with our school-age children far less than half of their day. The reality we confront is: our children are outside of the home being taught not by us—but by others a large share of the time out of every day. Their hearts and minds are as sponges absorbing every bit of instruction they receive whether in the home or outside of the home. It ought to be of utmost concern to us as Reformed parents, therefore, to whom we entrust the care and instruction of our children. Who is it outside of the home that is teaching our children their values and goals in life? Surely, as a covenant parent and a believing parent, I am not simply going to entrust my children into the care of just anyone. I do not want just anyone to teach my children—even in the way of academics.

State Or Public Schools Not An Option For Reformed Believers

This is why we ought to be convinced that the public education that is given in our State schools is not a consideration for believing parents. There are two reasons that State education is not an option for our children.

The first is this: the goal, aim, or purpose of State or public education is wrong. We must not think that the education given in any school is simply random instruction that has no goal or purpose to it. Every teacher well knows that the teacher does not simply come to school and start teaching without any aim or purpose to his or her instruction in the classroom. There are teacher’s meetings and board meetings all of which determine the specific goals of education. It is not only simplistic but foolish to think that education whether private or public has no aim or direction. And the goal or aim of the education given in our public school system stands opposed to Christianity.

I know that is a bold claim to make: that the goal of State education has become anti-Christian. We might have friends or even family that are involved in this system of education – not only as students but as teachers too. These friends or family are good Christians and they try to make an impact where they can. Even in light of this, we must understand the goal or end of public education. For that reason, I want to make it clear that though this claim I make is bold, it is not rash. State education is not only funded by the government but it is the government who through its own educators, its own appointees develop the goals and standards for that education. One such well-known and well respected educator in the sphere of State education is John Dunphy who wrote an award winning essay in the periodical, Humanist Magazine. In that article entitled, “A Religion for a New Age,” he wrote:

“I am convinced that the battle for humankind’s future must be waged and won in the public school classroom. By teachers who correctly perceive their role as proselytizers of a new faith: a religion of humanity that recognizes and respects the spark of what theologians call divinity in every human being.”1

Prof. Benjamin S. Bloom who in his various books has influenced the curriculum used in Michigan schools defines what good teaching is, and also what the purpose of the public school must be. He writes that good teaching is, “a teachers ability to challenge the students beliefs.”2 Elsewhere, he writes: “the purpose of the schools is to change the thoughts, feelings, and actions of students.”3

Marilyn Ferguson has been a leading figure in New Age Movement since the 1980s. She is not associated, however, with that side of the New Age Movement that involves itself in the sensational, commercialized hype. She is an educator who has written text books for the public school system in California. She has been of much influence in the whole realm of education in our country. She writes in her book, The Aquarian Conspiracy:

Subtle forces are at work, factors you are not likely to see in banner headlines. For example, tens of thousands of classroom teachers, educational consultants and psychologists, counselors, administrators, researchers, and faculty members in colleges of education have been among the millions engaged in personal transformation. They have only begun to link regionally and nationally, to share strategies, to conspire for the teaching of all they most value: freedom, high expectations, awareness, patterns, connections, creativity. They are eager to share their discoveries with those colleagues ready to listen.4

The perceptive reader ought not be fooled by the lofty and noble language that Ferguson uses in this instance. What she means by “freedom, high expectations, awareness, patterns, connections, and creativity” in education she defines later in that same chapter of her book.

A major ambition of the curriculum is autonomy. This is based on the belief that if our children are to be free, they must be free even from us—from our limiting beliefs and our acquired tastes and habits. At times this means teaching healthy, appropriate rebellion, not conformity. Maturity brings with it a morality that derives from the innermost self, not from mere obedience to the culture’s mores. 5

Many more quotes can be cited from a whole host of writers involved in delineating the goals for State education and involved in the development of curriculum. No parent need take my word for this. There are plenty of books available on the market that can inform us of the goal of public school educators.

The State schools have also developed and are putting into place a certain method of education that achieves these goals. Perhaps you have heard of it already: it is called “outcome based education.” This type of education is not interested so much in imparting to students an objective body of knowledge to learn. This education is geared toward shaping and molding the student’s beliefs. It is geared toward reshaping the values and behavior of children to fit the values and beliefs of the State. Children are no longer viewed as the peculiar possession of parents. They are wards of the State and the State must see to it in its education that these children learn behavior that is acceptable to the State.

Here is an example of what is meant by outcome based education. Across the country teachers are using a “Developing Nurturing Skills” curriculum, which tells fifth-graders, “You are expected to keep confidential anything that is discussed in this classroom.” Then, children are given a handout called, “MY BELIEF – MY PARENTS’ BELIEFS.” Fifth graders dutifully fill in the blanks for the questions such as: “Women should stay at home to raise children. My belief: _______. My parents’ belief: _______.“ And, “Religion should be an important part of everyone’s life. My belief. _______. My parent’s belief. ________.”6

This is just an example of what is being done in schools across the land – even, sad to say, in many Christian schools.

What types of values does the State attempt to instill in students by means of its outcome based education? Here are but a few: limiting the family to two children; Christianity is only one acceptable religion among many others; fornication is acceptable behavior as long as one is safe; abortion may be a necessity in a young woman’s life; parent’s rule is secondary to State rule. There are the humanistic goals of State education as well, such as, man must look inside of himself to fulfill all his needs since all men have in them potential that has no limitations. There are many other goals of State education as well. These are but a few. Again, a parent need not take my word in these matters. There are books that fill the shelves of bookstores which expose the goals and the methods of public education in our country. To give our children to the public schools of today for six to seven hours out of every day is giving our lambs to the wolves. From that point of view alone State education of covenant children is not an option.

But there is another reason, a principal reason that State education of our Reformed Christian children is not an option. This we will consider in another article.

3. Benjamin S. Bloom, All Our Children Learning: A Primer for Parents, Teachers, and Other Educators, (New York: McGraw-Hill Book Company, 1981): 180

Rev. Wilber Bruinsma is the minister of the Protestant Reformed Church in Kalamazoo, Michigan.