(March 25, 1996) URNS-On Sabbath afternoon, March 24, Dr. John H. Gerstner went to be with the Lord while at his home in Ligonier, Pennsylvania. Gerstner was 81 at the time of his death. For most readers little more needs to be said. You know the man, and you know the respect and affection so many of us had for him. Nothing I can say here will adequately express what this man of God meant to me personally. But I also know that my loss is his gain, for all the glory of God and the beauty of the Savior which he so comprehensively taught to his students is now his to behold and enjoy without any of the limitations brought about by sin.

Gerstner’s life began in Tampa, Florida. His childhood years were spent in Philadelphia where he graduated from high school in 1932. It was that summer while visiting Philadelphia College of the Bible that he was wonderfully converted to the gospel. That fall he began his studies at Westminster College. Gerstner next attended Westminster Theological Seminary at the time when many of its early giants were present. It was during the time at seminary that he met Edna Suckau who was to become Mrs. Gerstner. They have three children. 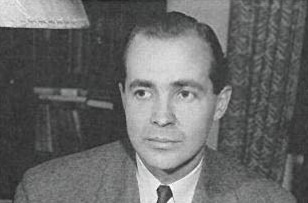 After receiving a masters degree from Westminster Seminary, he pursued his doctoral studies at Harvard University where in 1945 he was awarded a Ph.D. Dr. Gerstner received further education at the Universities of Pittsburgh, Temple, Pennsylvania, Boston, Zurich. Barcelona and Oxford. He served in the pastorate for a brief period prior to accepting a position as a professor at Pittsburgh-Xenia Theological Seminary, later to become Pittsburgh Theological Seminary.

It is difficult to sum up the academic activity of Gerstner. and even more difficult to represent the thousands of lives he has touched through his preaching and teaching ministry. In a “Festschrift” published in 1976 to honor Gerstner, a bibliography compiling his writings takes up a full 16 pages. In the 20 years which have passed since then, many additions could be made, including the whole new medium of audio and video tapes. His three-volume work on Jonathan Edwards is more than the culmination of a lifelong project; it is a labor of love.

The volume written to honor Gerstner was appropriately entitled, “Soli Deo Gloria.” One of my happy privileges was to have been invited to be a contributor to that volume. The opening sentence of my article was.: “The student of John H. Gerstner is never adequately designated as a ‘former student.’” I never stopped learning from the “teacher of Israel,” and he surely never ceased to be the consummate teacher. Only those who know this first hand can adequately comprehend the loss many of us feel with his passing.

On various occasions I have heard Gerstner express his indebtedness to his beloved mentor from college, Dr. John Orr. Perhaps more than any other human being, Orr shaped the thinking of my beloved professor. Early in my ministry. Dr. Gerstner invited me to attend a special celebration at Westminster College to honor Orr. Apart from being honored that Gerstner would invite me to anything. I was also working with a very forceful self-imposed gUide in such matters. WhenGerstner requested or even suggested something, it had, for all practical purposes, the force of a command with me. But on this occasion it was more than just an invitation. His words were approximately these: “Carl, if I have been a significant influence in your life and vocation (and he knew this was the case), if you are indebted to me at all, then Orr.” I had never met Orr, but typical of Gerstner’s humility, he would pass along my praise of him to the one who helped shape him for his teaching ministry.

In announcing Gerstner’s death to my congregation, I made this comparison: “Many of you are very kind in your praise of me. I feel very unworthy of such praise, and I thank God for our many years together. I am not trying to put myself in the similar position or stature as that of Dr. Gerstner. But I would humbly draw this parallel. If I have been, by God’s grace, permitted any usefulness in your life, if you see an approximation of faithfulness to the Word of God, a zeal for the purity of the Church, a desire to proclaim the whole counsel of God—if I have been of any value to you, it would not be inappropriate for you to be thanking God for the ministry of Dr. Gerstner which happens to be through me. Humanly speaking, my claim on you is for you to join with me in praise to God for giving us—such a soldier of the cross.”

I never had a better teacher; I never heard a better preacher, and to the extent that we may tentatively judge such things, I never witnessed greater piety. And it is at this point that the good doctor would gently remind us, that all the praise is to be given for the righteousness of Christ, imputed to us, by which we are permitted to enter into glory. Rev. 14:13: “And I heard a voice from heaven, saying, ‘Write, blessed are the dead who die in the Lord from now on!’ ‘Yes,’ says the Spirit, ‘that they may rest from their labors, for their deeds follow with them.’”