I have never met a believer who was saved by simply watching someone’s life. To be saved, men must hear and believe the verbal testimony about Jesus Christ. The Bible teaches that “faith comes by hearing, and hearing by the word of Christ” (Rom. 10:17).

However, I have met hundreds of people who made their initial movement toward the Gospel message because they saw its transforming power in another person’s life. The way we live before others really matters. In the second chapter of 2 Corinthians, Paul underscores that both individual and corporate (church) holiness establish the credibility of our verbal witness. Jesus compared the church to a city set on a hill. When the message comes from that city by its official spokesman (the preacher) or by its individual citizens, people are watching to see if the walk matches the talk.

The Bible teaches that we are created in the image of God (Gen. 1:26) and are capable of reflecting or displaying some of the characteristics that describe God. For example, God is holy; and we are called to be holy; God is love, and we are called to love. We also reflect the image of God in our ability to communicate. Woven into the very fabric of our humanity is the ability to receive, understand, and deliver messages to others. 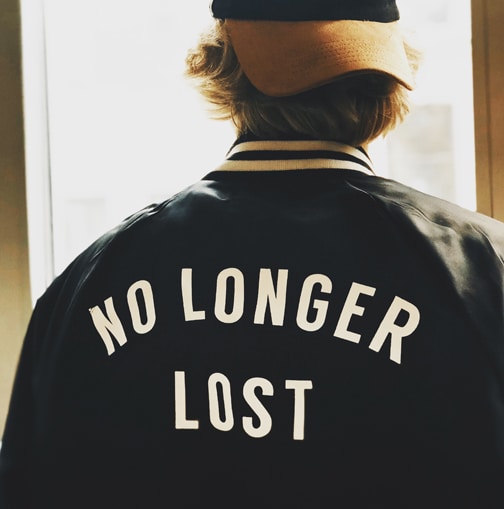 God communicates to us both verbally and nonverbally. We discover His verbal communication in the inspired, infallible, and inerrant Scriptures of the Old and New Testaments. We detect His nonverbal communication in His works of creation (Psalm 19:1–6; Romans 1:20). Although God’s nonverbal communication displays the reality of His existence, it is insufficient to bring people to a saving knowledge of Jesus Christ. No person has ever come to saving faith only by looking at a rainbow or observing a brilliant sunset. Saving faith comes when sinners discover their desperate state, hear the Gospel. and place their trust in Jesus Christ alone for salvation. As Paul states in Romans 10, “Faith comes by hearing, and hearing by the word of Christ.” Nevertheless, God’s nonverbal works—His rainbows and sunsets—direct people to His verbal revelation.

As Christians weshould direct people to Christ both verbally and nonverbally. Using both our lips and our lives to point people to Him, we are to speak the Good News to others and model it before them.

Yet. most Christians, whether they admit it or not, have problems communicating. Problems in marriages, parenting and interpersonal relationships frequently can be traced to a failure to communicate. Sermons often miss their targets because of poor communication. Church leaders who fail to communicate with members and each other, open the door for misunderstanding or friction. In II Corinthians 2, Paul gives some pointers to help us sharpen our nonverbal communication skills in sharing the Gospel.

First, Paul emphasizes that whatever happens to us, wherever we go, or whatever we do, we are to recommend Christ through a lifestyle that communicates to others the work of God’s grace in us.

At some point in your life you have no doubt experienced a setback in your plans or faced a roadblock in your pursuits. For example, you may have planned a vacation with your family or a romantic getaway with your spouse, but at the last moment had to cancel your plans. The Apostle Paul was no stranger to setbacks and disappointments. During the height of his ministry, he discovered an open door to preach the Gospel in Troas (2:12). He immediately sought help from his friend, Titus, but could not find him. Paul had to change his plans, walk away from what seemed to him a great opportunity and continue his journey to  Macedonia (2:13). God’s mysterious providence created anguish in Paul’s soul (2:12).

How did Paul deal this suddend change of events in his life? Did he pout? Did he get mad Titus? Did he get angry with God? No! Paul  used this unusual turn of events to teach the Corinthians and us some important principles concerning the impact and influence of our nonverbal witness on the world. He reminds the church that three things are true of us no matter what happens in our lives we are Christ’s trophies, His fragrance, and His letters.

YOU ARE CHRIST’S TROPHY

Although Paul’s plans and circumstances changed, he did not live in a state of spiritual defeat. Instead, he burst out with a message of triumphant thankfulness. He viewed himself as a trophy being carried by Christ in a triumphal procession through the world (2:14). The metaphor conjures up the picture of the magnificent parades given for Roman generals who won victories on foreign soil. The general rode into Rome in a dazzling chariot; behind him, in order, followed his officers and soldiers with the spoils of battle (prisoners, beasts, weapons, and treasures). The spiritual application is clear and succinct. God is leading His people through this world in the wake of Christ’s triumph over sin and death. Christ, the captain of our salvation, has come to this earth and defeated the archenemy, Satan.

Similarly, says Philip E. Hughes in his Commentary on the Second Epistle to the Corinthians, “We who were God’s former enemies (Rom. 5:10) have been overcome and taken captive by Him land] are led and displayed by Him to the world, not just on one passing occasion, but every day and everywhere.” From the womb of new spiritual birth to the tomb of death, every believer is on exhibition as a trophy of God’s grace, the spoils of Christ’s shed blood through His victory on the cross.

Does your life manifest that Christ has taken you captive? Do you realize that He is displaying you every day to the watching world? Do your conversation, your business dealings, your relationships with others make known the triumph of Jesus Christ in your life? Does your life reflect joy and gratefulness for the victory that Christ has won for you and done in you? You are a trophy of His grace! The purpose of a trophy is to display it for all to see. Nothing speaks for the Gospel more clearly than showing by your life that Christ has conquered you by His grace.

YOU ARE CHRIST’S FRAGRANCE

The second metaphor introduced by Paul is a fragrance or an aroma (2:14–16). In the Roman culture the triumphal military procession was accompanied by the smell of sweet odors released from the burning of spices along the parade route. To a Roman citizen, the sweet smell symbolized reinvigorated security and stability. On the contrary, to a slave or non-citizen living in Rome, the aroma was bitter, signifying more servitude or restricted privileges. Paul affirms that God “manifests through us the sweet aroma of the knowledge of Him (Christ) in every place” (v. 14b). Additionally, he asserts that Christians are the vessels from whom God releases “the fragrance of Christ” (v.15).

The spiritual implications are clear. The great end of our lives is to make Christ known. Fragrances normally dominate or influence their environment. Christians must remember that everywhere they go they are emitting a “spiritual” odor that others can sense. Paul asserts that life and death issues are at stake in this aspect of our nonverbal witness before others (v.16). In Be Encouraged, Warren Wiersbe reminds us that “the way we live and work can mean life or death to a lost world around us.” Is your lifestyle a sweet perfume to other Christians (v. 16)? Does your witness encourage or impede the quest for godliness in other believers?

Additionally, Paul affirms that a consistent Christian lifestyle will turn some people away from you (v.16). The distinctiveness of your witness will stand as a rebuke to many. I once heard the outstanding Scottish preacher, Eric Alexander say, “Our task is not to determine what God will do with the distinctiveness of our lives; our task is to be distinctive.” You are a fragrance of Christ! The purpose of a fragrance is to influence and dominate its environment. Is that true of you?

YOU ARE CHRIST’S LETTER

The third metaphor introduced by Paul is a letter or an epistle (3:1–3). In the early church a number of bogus preachers and false prophets peddled an erroneous Gospel. These counterfeit clergymen penetrated congregations by bringing so-called “fetters of commendation” on behalf of other people or churches (3:1). Paul insisted that he had a letter of commendation that could not be disputed—the Corinthian believers themselves (3:2). People knew that Paul was a genuine Christian because the Gospel he preached brought transformation in the lives of those who heard it. The people converted under his preaching were living and moving monuments to the authenticity of the Gospel. God’s law I had been written in their hearts by the Holy Spirit, who in turn gave them the power and ability to be godly people (3:3).

The implications are many. The only place where some people will see the glory of God is in the behavior of His people. You may be the only epistle, the only copy of God’s law, the only Gospel that some will ever read! Does your life confuse people about the Good News or clarify it?

Dwight L. Moody once said, “Christians are the world’s Bible.” He was not demeaning the authority and inspiration of Scripture. He was simply reminding Christians that most unbelievers never read the Bible. Consequently, a large majority will see its truths only when they are being “fleshed out” in the lives of those who believe in Jesus Christ. You are Christ’s letter! The purpose of a letter is to convey the message of its author.

Pray that God will give you grace to be a trophy of grace, a fragrance of Christ and a letter of commendation to the Gospel as you move into a new millennium. Acknowledge and confess to God your lack of boldness in speaking and living for Christ. Pray to your Father in heaven for sufficient grace to communicate the Gospel clearly, both verbally and nonverbally. You are being watched! You are “the world’s Bible.”

Dr. David Jussely is Dean of Students, Director of the Doctor of Ministry Program, Director of Placement, and Visiting Faculty in Practical Theology at RTS.