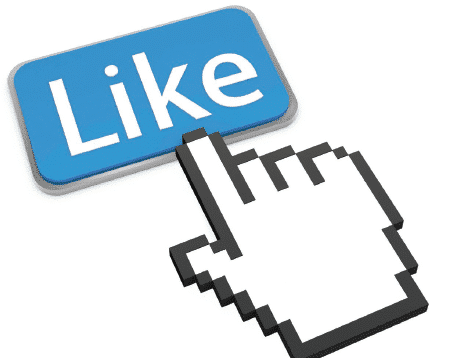 I do not have a Facebook account. Go ahead and laugh if you want! I’m secure with who I am. I know who my friends are, and my friends know me.

I don’t have a Facebook account, nor do I want one, but I don’t think the Bible forbids it. (You can take back your “He’s either legalistic or really old-fashioned” thoughts.) Probably most of you do have an account, and that’s not necessarily bad.

In this edition of The Next Generation, I want to address the positives of Facebook. I do have some concerns, though, and plan on tackling those next time. But is it possible to use Facebook well, for the glory of God?

The Bible tells us to “give thanks in all circumstances” (1 Thess. 5:18). It also teaches that “nothing is to be rejected if it is received with thanksgiving” (1 Timothy 4:4). Of course this does not mean that everything is permissible as long as we say thanks. Being thankful for pornography does not make it right.

My decision not to have a Facebook account does not make me technophobic. I preach from an iPad and I text from an iPhone. The problem is not technology per se.

The world has been advancing technologically from the beginning. Part of God’s image in man is his capacity and creativity for making things. The invention of the wheel was cutting edge for its time, as was the Gutenberg printing press, the telephone, and the automobile. You get the idea.

We live in a Facebook society. According to a survey from the Pew Internet and American Life Project, together with Harvard’s Berkman Center, 95 percent of teens use the Internet, and 81 percent of them use social media sites. Of these, Facebook is by far the most used by an estimated 94 percent.

The most convincing argument I have heard for getting an account is the ability it gives to disseminate information with remarkable ease. With the click of a button, I could post an announcement about youth group or let my friends know what time we are meeting for dinner. In this way, Facebook is a great mechanism for communicating information to others, whether in the form of announcements or updates.

My friend was a missionary in Africa for five years, and Facebook served as a free and easy way for him to communicate with his family, friends, and supporting churches. At one point, he was the only American in a French-speaking city of one million people. The days and especially the weekend were lonely. Fellowship was hard to find. Facebook was a blessing for him, a reason to thank God for His gifts to men.

Facebook also serves the purpose of sharing pictures and posting updates, which can be a wonderful blessing for families separated by distance. My spiritual mentor has children and grandchildren living in Arizona, Michigan, and Massachusetts. Facebook helps keep them informed and in some ways closes the geographical gap.

Another potential benefit of Facebook is the unique platform it provides to encourage and minister to others. Our family recently went through a tragedy. Facebook was a tool that God used to bring encouragement. People from all over the world, when they heard of the events, could communicate with my brother-in-law and sister-in-law and offer them words of hope and comfort from God’s Word. The magnitude of prayer and encouragement was multiplied because of Facebook. I know for a fact that they can thank God for it.

Paul writes to the Thessalonians, “Therefore encourage one another and build one another up, just as you are doing” (1 Thess. 5:11). Social media came long after Paul. He did not have a Twitter account (Would he tweet something like this: “Just saw another conversion to Christ #denyyourself?!). Christians without Facebook can and must encourage others. But Facebook can serve as a mechanism.

So let me ask you this: Are you using Facebook to build others up? When is the last time you wrote something that encouraged someone else? Words have power. They can build up or destroy. Says James, “Look at the ships also: though they are so large and are driven by strong winds, they are guided by a very small rudder wherever the will of the pilot directs. So also the tongue is a small member, yet it boasts of great things” (3:4–5).

The third positive of Facebook I would like to consider is its capacity to defend the faith. If Martin Luther lived in the twenty-first century, would he have posted his Ninety-Five Theses on the Wittenberg door—or on the Internet?

Apparently there is a lot of debating happening in online chat rooms and Internet forums. This can turn ugly fast, but it also provides a unique opportunity for Christians to engage non-Christians with the truth of the gospel.

A mom of six children from our congregation is routinely having Facebook discussions with atheists, agnostics, and people from different religions. Sometimes she sends me the highlights (or lowlights, depending on context). I am delighted to see her engaged in this sort of activity and doubtful she would have the opportunity to do so without Facebook since all six of her children are under the age of fourteen.

A lot of churches use Facebook as a tool of communication and invitation to attend services and special events. Most people do not use phone books anymore (for those of you too young to remember, a phone book is a book that includes a list of names and phone numbers). Facebook is the new phone book! It makes me wonder if my children’s children will even know what Facebook is!

The Great Commission is the church’s call to spread the gospel to every nation. With modern technology, including Facebook, we can take the ancient Word and broadcast it for modern times.

Was I able to convince myself, after considering Facebook’s positive benefits, of setting up my own page and joining the millions of other users? Not quite.

But I hope this article makes you think. Can you say “Thank you, God” for Facebook? Much of it depends on how you use it. It can be a great way to communicate information. It can be a platform for encouragement. It can even be a tool for defending the faith.

In part 2, I hope to consider three dangers of Facebook. But until then, e-mail me some other benefits that I left out. I would love to hear them. And who knows, maybe then I will ask you to like me on Facebook. But don’t count on it.

Rev. Michael J. Schout is the pastor of Grace URC in Alto, Michigan. He welcomes your feedback at mikeschout@gmail.com