Do we need ministers? This somewhat strange question came to my mind after reading two quite different news reports. The first was in the December 6, 1993 issue of The Banner. This issue ran several news items on some differences within and among Christian Reformed churches in Orange City, Iowa. At the conclusion of one of the items a minister was quoted as saying, “Maybe if all the ministers in Orange City left for a while, all the problems would be solved.”

A few days after reading this statement I read an article in the San Diego Union-Tribune. A noted organist at the First Presbyterian Church of San Diego had resigned after the session (consistory) of the church had adopted the position that practicing homosexuals would not be employed by the church. Some members of the church who opposed the position of the session organized a committee to get the organist back. The leader of the committee said, “We are trying to find out where the majority is, what the people within the pews want. When the majority is found, the church leaders should take action along those lines.”

Are minsters the source of the problems that many churches are facing in our times? Is the role of the minister (and elders) to find out what the majority of people in the church want and provide it? Is leadership taking a poll to decide what to do? Is truth determined by a vote? 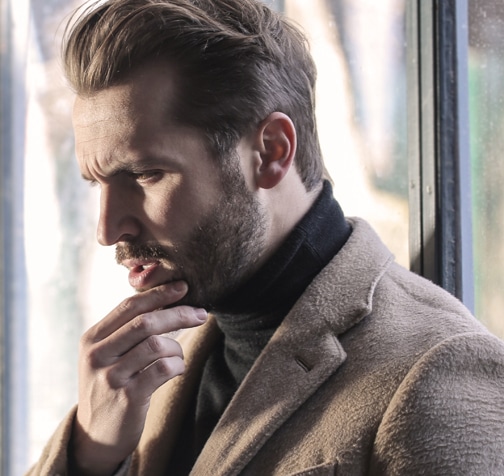 The Reformed tradition has certainly viewed the role of the minister quite differently from the attitudes in these two news stories. The Belgic Confession speaks eloquently about the role of ministers. Article 30 of the Confession summarizes the work of the ministers when it says: “There should be ministers to preach the Word of God and to administer the sacraments.” This crucial work of the ministers is part of “the spiritual order that our Lord has taught us in his Word.” The reason that God has given ministers as part of this spiritual order is so that “true religion is preserved; true doctrine is able to take its course.”

The Belgic Confession hardly sees minsters as the problem in the church. It also does not see them as called just to give the people what they want. The ministry is part of God’s divine economy to preserve true religion and to teach His Word. The Confession implies that where the ministry disappears, the teaching of the truth of God and the existence of true religion are threatened.

The Confession in Article 31 goes on to speak of the equality of all ministers: “As for the ministers of the Word, they all have the same power and authority, no matter where they may be, since they are all servants of Jesus Christ, the only universal bishop, and the only head of the church.” All ministers are servants of the Word and so are all equal. Their allegiance is ultimately only to Christ as Lord of the Word. Christ is the only head of the church. Neither size of congregation, education, geographical location, nor denominational job makes one minister superior to another. Only faithfulness to the Word differentiates one minister from another in the conduct of his office.

The importance of this work of the minister leads the Confession to say that “everyone ought, as much as possible, to hold the ministers of the Word and elders of the church in special esteem…” In our democratic culture this idea of “special esteem” may seem a strange note, but it accurately reflects the importance that the Scriptures give to the ministry.

The Confession, then, goes on to call the people “to be at peace with them [ministers and elders), without grumbling, quarreling, or fighting.” The Confession calls the people to follow their ministers in obedience to the Word.

Perhaps this matter of peace and obedience is where the trouble comes. The news reports mentioned at the beginning of this article reflect the frustration people feel when ministers are divided. How can they follow when the ministers are walking in two different directions? It does seem that in many churches and denominations today ministers are giving very different interpretations of the Scriptures and the gospel to their people.

Recently the Los Angeles Times carried a story about strong debate in the Episcopal diocese of Los Angeles. Some of the ministers were opposed to the church conducting homosexual marriages and some were in favor of it. (One minister who supported gay marriages said the church had more important things to do than to waste time opposing such marriages: “By avoiding a debate the church would be free to press its main agenda spreading the Christian gospel.”) No doubt people in the pews will be confused if ministers take such radically different positions.

This sense of confusion and frustration is very understandable. But it is not new. The people of God over and over again have had to face the difficulty of whom to follow when ministers disagree. This problem goes back at least to the conflict between Moses and Korah, both claiming to be spokesmen for God. Israel had to face the problem of false prophets and often chose unwisely. (Micah 3:5,6, “This is what the Lord says: ‘As for the prophets who lead my people astray, if one feeds them, they proclaim “peace”; if he does not, they prepare to wage war against him.’”) The New Testament church confronted false apostles and false teachers. The history of the church has faced the problem of heretics in its midst from the first century on.

Those of us living in the late twentieth century are not in any way unique when we face the problem of ministers saying different things. Although it is a very difficult and sometimes wrenching expenence, it can have its positive side. It forces all of us (or should!) to think, to study and to decide. The apostle Paul saw this value clearly. He certainly praised the value of unity: “I appeal to you, brothers, in the name of our Lord Jesus Christ, that all ofyou agree with one another so that there may be no divisions among you and that you may be perfectly united in mind and thought” (I Cor. 1:10). But he also saw that divisions may serve a purpose: “In the first place, I hear that when you come together as a church there are divisions among you, and to some extent I believe it. No doubt there have to be differences among you to show which of you have God’s approval” (I Cor. 11:18, 19).

Church history certainly shows that divisions do arise and do reveal those who really follow the Word of God and those who do not. The greatest moments that we remember and celebrate in church history are about divisions that displayed the truth of God. Whether we think of the conflict between Athanasius and Arius over the divinity of Christ, or of the Reformation, the Aftcheiding, or the Doleantie, we are thinking of ministers who divided over the truth and forced the church members to take sides. Without such divisions the church would have been immeasurably impoverished and vastly corrupted. The gospel would have been lost.

The fact that ministers disagree is not evidence that we do not need ministers. Rather the disagreements of ministers can serve to clarify the issues facing the church and help church members realize their responsibilities to find and follow the truth. We do need ministers—especially ones that are faithful to the Word. But we must not expect ministers to do the impossible, namely maintain peace where there are real and serious differences. If they kept such a peace, they would be utterly faithless. As Luther said, “Let us have peace if possible, but truth in any case.”

The church needs ministers to preach the Word. Where different messages are heard, members of the church must exercise their office of believer to determine from the Scriptures who is telling them the truth. Faithful ministers are a great help. But they cannot insure that believers will never have any responsibilities to shoulder or decisions to make. They cannot guarantee that church life will be peaceful and united. They can and must preach the Word.