Does the first chapter of Genesis teach the doctrine of absolute creation? Did God, according to this remarkable chapter, create all things of nothing? From earliest childhood we have been taught that such was the case. When, even as little children, we looked out upon the beauty of the world round about and unto the glory or the heavens, the majestic opening sentence of the Bible came to mind, “In the beginning God created the heavens and the earth.” 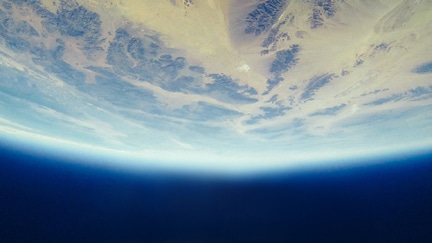 Our doctrinal standards tell us that we were not wrong in thus using the words of Genesis. The Heidelberg Catechism, for example, speaks of “the eternal Father of our Lord Jesus Christ (who of nothing made heaven and earth, with all that is in them—),” and to support this reference to the creation appeals to the first verse of Genesis. The Westminster Confession declares, “It pleased God the Father, Son, and Holy Ghost, for the manifestation of the glory of his eternal power, wisdom, and goodness, in the beginning, to create, or make of nothing, the world, and all things therein, whether visible or invisible, in the space of six days, and all very good.” In support of this forceful statement, among other passages, the Confession appeals to Genesis 1:2 and to the whole first chapter of Genesis.

The Heidelberg Catechism and the Westminster Confession, to mention but two standards, self forth the doctrine of an absolute creation, a creation out of nothing, and appeal for support to the first chapter of Genesis. Then as children we looked upon God as the Creator of the wondrous universe in which we live, and the words of Genesis came to a our minds, we were in perfect harmony with the mature statements of the great Reformed doctrinal standards.

Does Genesis 1 Teach Creation Out of Nothing?

Are these standards correct, however, in appeal ing to Genesis one as teaching the doctrine of creation out of nothing? Does the first chapter of the Bible really declare that God, or His own sovereign power, brought into existence things which previously had no existence? Is this wondrous doctrine of absolute creation to be found in the opening of the Sacred Oracles, or arc we mistaken in thinking that it is found there?

There are some modernists who are quite sure that if we would find this great and sublime doctrine in the first words of the Bible, we have missed the meaning of those words. Agreeing with these modernists are some who have come under the spell of modern destructive criticism and who, sadly enough, have been willing to accept a view of the Bible which detracts from its majesty and authority.

In 1948 there appeared a volume known as the Westminster Study Edition of the Holy Bible. This Bible presents an interpretation of the first verse of Genesis which, in the present writer’s opinion, is quite out of accord with the clear cut statements of the doctrinal standards quoted above. According to this Bible, when the narrative of creation begins, the earth was already present as a chaos. The purpose of the chapter seems to be, therefore, simply to show how God brings order out of this chaos and to refute certain raise ideas of creation which were present at the time when the author wrote. In fact, the Study Bible suggests that the first verse of Genesis should be translated as a temporal clause. In making this suggestion, it finds itself in the company of many modern scholars. There are many today who believe that the first three verses of Genesis should be translated somewhat as follows: “When God began to create the heaven and the earth—and the earth (i.e., when God began to create) was desolation and waste, and darkness covered the face of the abyss, and the Spirit of God was brooding upon the face of the waters—then God said, Let there be light, and there was light.”

It should be perfectly obvious to every careful reader that if this translation is correct, the implications, as far as the Christian Faith is concerned, are tremendous. For this translation declares that when God began His creative work, the material of the earth was already present. If this translation is right, then the doctrine of creation out of nothing is not found here. More than that, if this translation is correct, then the eternity of matter would seem to be implied, for when God begins to create, there, already in existence, is the world, ready for Him to work upon it. There is only one way to escape this conclusion, and that is to assume that previous to this, God created the material of the world, and that Genesis one merely intends to record how God brought formless matter into its present well-organized state. This, however, is such a desperate expedient, and has so many arguments against it, that it is hardly worthy of serious consideration. If the translation suggested in the Westminster Study Bible is correct, or, for that matter, if any translation which makes of Genesis one a dependent clause is correct, then the consequences for the Christian religion are disastrous. No amount of denial will change that fact.

Why a New Translation

In all fairness to modernist scholars, it must be maintained that many of them will not and have not accepted the idea that the first verse of Genesis is a temporal clause. Wellhausen, let it be said to his credit, spoke of such an idea as desperate. Eichrodt in his Old Testament theology believes that this verse teaches absolute creation, and so does Otto Procksch in his recent Theologie des Allen Testaments.

The idea that the first verse of Genesis one is a temporal clause goes back to Jewish rabbis of the Middle Ages. In recent times, however, it has been set forth for two basic reasons. In the first place, it is claimed that the grammar demands it. Secondly, appeal is made to the ancient cosmogonies of Babylonia and Sumeria, most of which began with such a temporal clause. From this it is concluded that the first chapter of Genesis, which some think to have been derived from Babylonian influence, must also begin in similar fashion.

In a short article of this kind it is impossible to go into a detailed discussion of the grammatical structure of the first verse o[ Genesis and its relation to verses two and three. Suffice it to say, however, that the grammar of these verses does not demand the translation which we have been dis· cussing. When we turn to our English Bibles and read the opening words of the Bible, we may have every confidence that we are reading an accurate translation, and that the English faithfully represents the original. The modern translation is a possible one—that we must admit—but it is not demanded by the grammar of the passage.

The second reason generally given for adopting a translation such as we have been discussing is that it is said to be parallel to the opening lines of the ancient Mesopotamian cosmogonies. The principal “creation” account o[ the Babylonians is generally designated in accordance with its two opening words Enuma eIish, which mean, “When, on high.” Thus, this document begins:

“When on high the heavens were not named, Below the earth was not called (by a) name.”

It will be perfectly obvious that the account begins with the word “when.” Now this word “when (enuma) really means ‘on the day.’” The Sumerian account likewise begin with the Sumerian word which means the same thing. The Bible, however, does not begin with the Hebrew equivalent. The Bible begins with something quite different, namely, the unique expression, “in the beginning.” There is no equivalent to this expression in these ancient pagan cosmogonies. If therefore, the writer of Genesis was simply following the introductory phraseology of these ancient documents, where did he get this unique phrase “in the beginning”? Why did he not begin his account as do the accounts which he was supposed to be following. The language of these accounts, therefore, docs not at all demand the translation of the first verse of Genesis that some seem to think is required.

There is a further point that must not be overlooked. The pagan cosmogonies are garbled and erroneous accounts, characterized by gross and coarse polytheism. At the same time they do purport to be accounts of creation. They do not claim to set forth merely how this present world was refashioned, but rather how it was brought first into existence. Of course they do not present the doctrine of absolute creation, but they do purport, in their own garbled and darkened way, to tell how things first came to be.

If, therefore, the writer of Genesis One was patterning his own account on these models why did he so deviate as to change entirely the nature of his account? He, if the modern theory be correct, was telling only how God refashioned the earth, not how God created it. His models, however, claimed to speak of the origin of all things. Now why did the writer of Genesis thus deviate? This is a question which has never been satisfactorily answered. It goes to show that the first chapter of Genesis is utterly unique, and that it stands out from the ancient pagan cosmogonies as a fair flower in the barren desert.

The Nature of Genesis 1

If we are to understand the nature of Genesis One, we shall not receive much help from the Babylonians. It is quite possible that Moses knew of the Babylonian accounts of creation, but what he wrote was inspired of God. If there are any similarities of phraseology, the Spirit of God permitted Moses to employ only that which accurately expressed His will. We must approach the first verse of Genesis as absolutely unique.

In a brief article o( this kind it is impossible to set forth in any adequate way the grounds for making such a paraphrase. Suffice it to say we believe that this paraphrase accurately brings out the meaning of these verses. The modern Christian need not be disturbed by the notion that his confessions of faith arc wrong in finding the doctrine of absolute creation in the first chapter of the Bible. They are not wrong. At this point as at so many others they have seen correctly the true meaning of the Bible. When therefore we turn to these grand words which form from the opening of the Bible we may accept them at their face value. And when the glory of the created universe breaks in upon our souls, we will not be drawn away and worship the sun and the moon and the stars but will bow before Him who in the beginning did create the heaven and the earth.

EDWARD J. YOUNG is head of the department of Old Testament at the Westminster Seminary in Philadelphia, Pennsylvania.