I believe Synod 1995’s decision on women in office fits with our church polity and with our principles. It does so because it’s…a way of finding a middle ground between two Church Order principles that have long been in conflict (“Synod’s Decision Is Soundly Reformed,” The Banner, September 11, p. 12).

Synod was forced to introduce this exception to honor the other Church Order provision that’s at risk in the women-in-office fracas: “No church shall in any way lord it over another church” (p. 14, italics mine).

In his article, Dr. De Moor clearly implies that Article 3 was consistent with Article 85 prior to 1965 (when it did not contain the word “male”) and that it became an instrument of “lording it over” each other after the word “male” was added (p. 13). Thus, he appears to believe that the current Article 3, in its fully”operative” form, violates Article 85 which says that, “No church shall in any way lord it over another church.”

Dr. De Moor’s argument can be summarized as follows: Article 3 violates Article 85, so there is no alternative but to set Article 86 aside where Article 3 is concerned.

(1) It ignores the applicability of Church Order Article 29 to the supposed facts of the situation.

Article 85 embodies a Scriptural teaching (cf. Matthew 20:25–26, Mark 10:42–44, Luke 22:25–27 and II Corinthians 1:24). Thus, if Article 3 violates Article 85, then Article 3 is in conflict with the Word of God. In that case it must be changed. Church Order Article 29 makes provision for changing any synodical decision that conflicts with the Word of God.

Why didn’t synod just change Article 3? If Dr. De Moor is right in his contention that the fully operational Article 3 violates the Scriptural prohibition against “lording it over” one another (a very big “if”), then synod did indeed have an alternative to ignoring Article 86. The alternative was to follow Article 29 and change Article 3. Thus, synod was not “forced” to ignore the requirements of Article 86 in order to rescue an imperiled principle of Reformed church polity.

(2) It assumes a conflict within the Church Order which is more fiction than fact.

It simply is not true that Article 3 and Article 85 are in conflict with each other. If Article 3 violates Article 85 by “lording it over” congregations who wish to ordain women ministers and elders, then Article 4 also “lords it over” these congregations when it requires them to folIow a specified procedure in electing these officebearers.

What if things don’t work out with a new pastor? Article 17 requires that congregations take certain specific steps when they need to be separated from their current pastor. It also requires that they have the approval of classis before they take such steps. Is this an instance of synod “lording it over” those congregations who have their own ideas of how to release a minister in these difficult situations?

Article 73 requires that every church be engaged in the task of evangelizing its own community. Does Reformed church polity allow synod to require a local congregation to include certain things in its own local ministry? 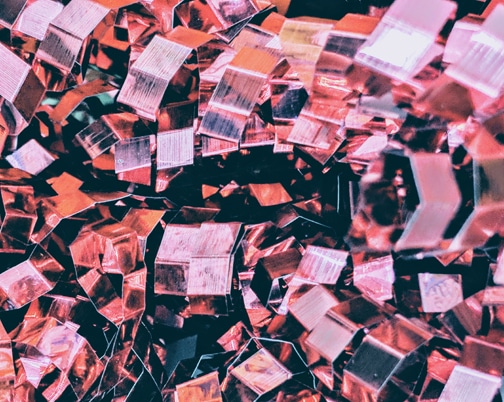 I am assuming that Dr. Louis Berkhof represents the Reformed position on church polity. He writes that…the authority and the prerogatives of the major assemblies are not unlimited…They are not permitted to lord it over a local church or its members…nor to meddle with the internal affairs of a local church under any and all circumstances. When churches affiliate, their mutual rights and duties are circumscribed in a Church Order or Form of Government. This stipulates the rights and duties of the major assemblies, but also guarantees the rights of the local church. The idea that a classis (presbytery) or synod can simply impose what it pleases on a particular church is essentially Roman Catholic (L. Berkhof, Systematic Theology, Wm. B. Eerdmans Publishing Co., 4th Edition, p. 590).

Dr. De Moor apparently believes that synods may violate the Church Order whenever their own wisdom deems it helpful to do so. In contrast, Dr. Berkhof’s words above plainly indicate that he would not condone “taking exception” to articles in the Church Order.

Berkhof also writes that…the autonomy of the local church has its limitations…in the general interests of the affiliated churches. The Church Order is a sort of constitution, solemnly subscribed to by every local church…And no single church has the right to disregard matters of mutual agreement and of common interest. The local group may be even called upon occasionally to deny itself for the far greater good of the Church in general (L Berkhof, Systematic Theology, Wm. B. Eerdmans Publishing Co., 4th Edition, p. 590).

Dr. De Moor seems to agree with Dr. Berkhof on this point. He writes of synod’s decision, The choice was clear: officially and somewhat reluctantly sacrifice a bit of authority by allowing classical assemblies to deal with the matter, or live with simple congregational option. But congregational option is intolerable in our tradition. Synod could not bow to the notion that each church may do what is right in its own eyes. Traditional patterns of accountability must remain (p. 14).

However, Dr. De Moor writes as if he is not aware that Synod 1995 made a special allowance for congregations in classes that do not declare the word “male” inoperative. It gave them the right to simply ignore the requirement that elders be male, even though the word “male” remains operative.

According to Reformed principles, if (1) a certain limited authority to change the Church Order has been transferred to the classis, and (2) a particular classis has decided not to change it, then every local church within that classes should follow the unchanged Article 3. Synod’s ruling to the contrary obviously falls into the trap of congregationalism. One wonders how Dr. De Moor could explain it any other way. Perhaps that is why he doesn’t mention this particular act of Synod 1995 in his article.

As it now stands, we have a decision which (1) is contrary to the Church Order, (2) makes the authority of synods independent of the Church Order, and (3) encourages congregationalism. The effect of Synod 1995’s methods will be to make all of the decisions of synod, and the Church Order itself, increasingly irrelevant in the church’s life. It is hard to characterize such a decision as “Reformed” in any sense of the word.

Rev. Brouwer is pastor of the First CRC of Waupun, WI.