In his Weight of Glory and Other Essays, C. S. Lewis compares the insurmountable challenge any Christian faces when speaking of heaven, the final state awaiting the children of God, to a schoolboy struggling with the difficulties of grammar and syntax. Such a schoolboy has difficulty enough with the simplest demands of ordinary prose, but finds the greater challenge of writing poetry beyond his reach: “The Christian, in relation to Heaven, is in very much the same position as this schoolboy. Those who have attained everlasting life in the vision of God doubtless know very well that it is no mere bribe, but the very consummation of their earthly discipleship; but we who have not yet attained it cannot know this… [Poetry replaces grammar, gospel replaces law, longing transforms obedience, as gradually as the tide lifts a grounded ship.”1

If it is true of hell, the final state of the unbelieving, that no one knows its reality unless he or she has been there, then it is likewise true that, short of having entered into its glory, no one knows what the final state of the blessed will be like. Certainly, no one would be so bold as to think that the reality of heaven could be described in anything more than the most inadequate of words. Here one can only stammer like a little child. When it comes to the subject of the new heavens and earth, we face a dimension of the future of which it may be said without exaggeration, “Things which eye has not seen and ear has not heard, and which have not entered the heart of man, all that God has prepared for those who love him” (I Cor. 2:9).2

However, while acknowledging the unspeakable mystery that is the final state of the people of God, we must also beware the false modesty and ingratitude that would restrain altogether our speaking about something of which the Bible does speak Not only do the Scriptures proVide us a window upon the glory and splendor of heaven, but they also teach us that believers even now have tasted something of the glory that awaits them. Consequently, there are at least two compelling reasons why a study of the promise of the future would be incomplete without a consideration of heaven.

First, in keeping with a theme that has recurred throughout our treatment of the future, we must acknowledge that the Bible does reveal. albeit in language that is symbolic and rudimentary, something of the glory and splendor of the final state of believers. Though we must always avoid the temptation to go beyond the limits of what the Scriptures disclose regarding this subject, we may not ignore what they do tell us. Here, as elsewhere, we must honor the limits of Scriptural revelation, while echoing what is told us. To say more about heaven than we are permitted would be proud presumption, to be sure. However, to say less than the Scriptures say would be a false modesty.

Second, the newness of life in the Spirit that believers presently enjoy is of a piece with the fulness of immortal life that is yet to come (2 Cor. 5:4–5). As with many other aspects of the Bible’s teaching about the promise of the future, the future of the new heavens and earth is a reality whose first-fruits are the present experience of those who share fellowship with the risen and ascended Christ. The great future of the fulness of life in communion with the Triune God, promised to those who already enjoy the beginnings of salvation in this life, is not a complete mystery shut off from all human reflection. Though we know in part, we truly do know something of what awaits the child of God in the life to come. “For now we see in a mirror dimly, but then face to face; now I know in part, but then I shall know fully just as I also have been fully known” (I Cor. 13:12). And what we know, even if it be but dimly, is something of which it is impossible to be silent.

ALL NEW THINGS? OR ALL THINGS MADE NEW?

Any reflection upon the Bible’s teaching about the final state of the believer must treat an issue that we raised at the outset of this study of the promise of the future. What is the relation between the first creation and the second creation? If one of the great themes of the Scriptures is that “paradise lost” will become “paradise regained,” what does this tell us about the continuity between God’s first creation of the “heavens and earth” and His work of recreation? For the Bible does not only speak of “heaven” as the final state of the righteous, but also of the “new heavens and the new earth”(2 Pet. 3:13).

The meaning of “heaven”

In popular piety and Christian understanding historically, there has been a tendency to view the final state in a way that almost suggests a denial of the goodness of creation. Life in the new creation is portrayed in terms that are so unlike life in the present state of creation that all continuity between the present and the future is denied. For example, in a considerable body of Christian hymnody, the portrait of heaven is so “spiritualized” and ethereal that life in the renewed creation has a barren, almost sterile, quality. Familiar is the picture of believers, dressed in white robes, flitting about in an indefinable space, playing harps, and singing in a celestial choir. The expectation for the life to come is so radically other than the richness and concreteness of life in the creation as it is now experienced that heaven takes on a surreal, almost dreamlike, quality.

Undoubtedly, some of these popular portraits of heaven have been shaped by the imagery of Scripture. But they do not adequately reflect the biblical understanding of heaven and the promise of the life to come. In particular, they often represent a failure to understand how the language of “heaven” is used in the Scriptures. There are at least three common uses of the term “heaven” in the Scriptures.3

First, the term “heaven” is often used in conjunction with the “earth” to describe the fulness of what the Triune God has created. To say that God is the Almighty Maker of “heaven and earth” is equivalent to saying that He is the Creator of all things. Heaven in this sense is a part of creation, distinguishable from the earth, but nonetheless, like the earth, a place that God has created to reveal His glory. In Genesis 1:1, we read that “ln the beginning God created the heavens and the earth.” In the New Testament gospels, frequent references to the “heaven and earth” confirm that heaven is a dimension of God’s creation, corresponding to but distinguishable from the earth.4 In this first use of the term “heaven,” heaven in conjunction with the earth constitutes a significant dimension of the created world or cosmos. 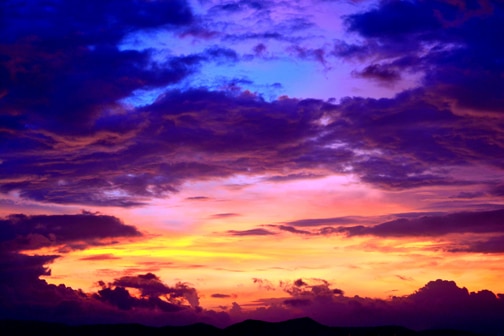 And third, heaven in its most significant use in the Scriptures refers to the peculiar place of God’s dwelling in the midst of His creatures. This use of the term “heaven” expresses God’s pleasure to create heaven as the particular place of His communion with His creatures. Though God fills heaven and earth and cannot be restricted absolutely to any particular place, He has purposed to draw near to the creation by means of His special dwelling in heaven. Illustrations of this use of heaven are not difficult to find in the Scriptures. When Jesus taught His disciples to pray, He taught them to address God as “Our Father who art in heaven” (Matt. 6:9). In conformity with this form of address, He also often spoke to them of “your Father who is in heaven” (Matt. 5:16, 45; 6:1; 7:11; 18:14) and of “my Father who is in heaven” (Matt. 7:21; 10:32, 33; 12:50; 16:17; 18:10, 19). The same idea is expressed by the language of “heavenly Father” (Matt. 5:48; 6:14, 26, 32; 15:13; 18:35). Because God’s dwelling is in heaven, the Scriptures also speak of Christ’s coming “from heaven,” whether it be His first coming or His second coming at the end of the age (John 3:13; 2 Thess. 1:7). The angels who stand in the presence of God and do His bidding are likewise commonly described as being in or coming from heaven (Matt. 28:2; Luke 22:43; Isa. 6:1–6; Ps. 103:19–20). For the purpose of a proper understanding of the final state, theseuses of the language of heaven in the Scriptures are most significant. Just as heaven and earth together comprise the totality of creation, so in the work of redemption, heaven and earth are embraced together. Sin has disrupted the harmony and peace between the Triune God and His creatures, a disruption that encompasses heaven and earth. Even in heaven itself, the enemies of God have rebelled against His gracious rule. Indeed, the rebellion of the creature against the Creator began in heaven and spilled over to the earth.5 Consequently, when God’s work of redemption reaches its consummation, every rebellious creature will not only be cast out of heaven but the earth itself will be cleansed of every vestige of sin. Heaven and earth, rather than being estranged from each other, will once more be reunited in a new heaven and new earth in which righteousness will dwell (2 Pet. 3:13).

Though the teaching of the Bible regarding heaven is much richer than this brief sketch suggests, this should suffice to show that redemption’s reach is as broad as the creation itself, embracing heaven and earth. The future of the believing community will be one in which the original harmony between heaven and earth are restored. The peace or shalom that will mark the life of the renewed creation will be epitomized in the reconciliation of heaven and earth. Heaven, the place of God’s special dwelling, will come down to the earth and God will dwell in the midst of His people. The promise of the future for believers, therefore, finds its focus in heaven, but it does not exclude the earth. Rather, all things will be united in Christ, whether things in heaven or things upon the earth (Eph. 1:10). (To be continued)

2. Perhaps this explains the relative brevity with which many studies of biblical doctrine treat the subject of heaven. Louis Berkhof, for example, in his Systematic Theology, devotes only a little more than one page to it.

5. It is, therefore, not surprising that, in the visions of God’s triumph in the book of Revelation, heaven is the place where this triumph is first achieved, and only thereafter is it accomplished upon the earth. See e.g. Rev. 12:7–12; 201–10. The same idea is expressed by the motif of angelic descent from heaven (10:1; 18:1; 20:1). and by the note that the new Jerusalem will come down “from heaven” to the earth (212).