One of our Christian teachers, who taught in Holland for a season as a Fulbright scholar, compares especially its system of education with our own.

In these days we are urged on every hand to develop a tolerance and an understanding of peoples, na­tionalities, and races, in order that we may attain to world peace. Among several methods, travel is suggested as an aid in this development. When traveling we meet peoples in their own environment; consequently, we begin to comprehend their thoughts and actions. However, this only al­ lows for a beginning because it is merely an ephemeral experience. It is more fruitful to have the opportun­ity to live in .a foreign country for some time. This privilege was granted to me in the year 1956–57, when I re­ceived a Fulbright grant to teach in a Christian High School for Girls in Rotterdam, Netherlands. 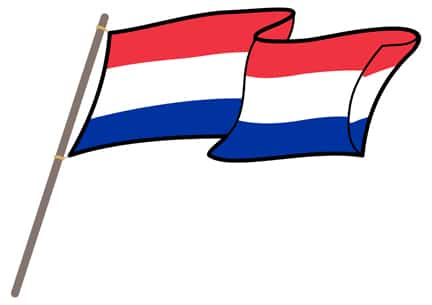 This was a rewarding experience in many ways. The teachers, students, board members, and parents with whom I was directly associated were very helpful, hospitable, and kind. I have made some very satisfying and lasting friendships. It was fascinating to see the villages where my grand­ parents and parents had lived. But above all, it thrilled me to live for a while in the land of our forefathers, the land of our heritage. This visit resulted in a better understanding of another nation but also in a keener insight into our way of life in Amer­ica.

Unlike the nations in Europe, where the national character of the popula­tion is homogeneous, the United States is a “melting pot” of many peoples. The various nationalities that come to live here take with them, besides their outward customs, certain ideals and ideas, some of which are good, and some bad. The end product, an Amer­ican, is the result of a long process. It takes time for immigrants to become assimilated. Some adapt themselves quickly; others cling tenaciously to their former ways and ideas of life, nurturing diligently this transplanted culture, even though the soil may be entirely unsuitable. Years ago many Holland families migrated to the United States and to­ day we again have a large influx of Dutch immigrants. We have repeti­tions of the frequent statement of our grandparents: “This is the way we did it in the Netherlands. It is the best way.” As a first generation Amer­ican, I felt prompted to engage in serious reflections and evaluations. To what in our heritage should we cling? What cannot be transplanted? The Netherlands is a unique country and what is proper and fruitful there may never be suitable in our large demo­cratic United States.

Due to the recent scientific devel­opment in Russia, sharp criticisms have been hurled against our schools. In evaluating the educational systems in the two countries, it is foolish to ask whether the one is better than the other. Each one is best in its own situation. What is good for the Neth­erlands may not be good for the United States, or vice versa. The Netherlands is a very small country with few natural resources. This re­sults in a very closely balanced econ­omy. Consequently, education is a concentrated preparation for a spe­cific way to make a living, rather than a preparation for life. Each person may do only the kind of work he is trained to do and he must have a diploma to prove his right to engage in that particular occupation.

Holland’s educational system is highly selective. Only those pupils who are highly intelligent can go on to higher institutions of learning. The government exercises rigid control over educational policies. It even for­mulates and administers examinations in the various grades, particularly in the high schools. At the end of the sixth grade a decision must be made. Not what the pupil likes to do, but rather what he can do determines whether he goes on to a higher school or to a vocational school. This would never fit into our democratic way of life, which allows for initiative and freedom of choice. Our country is large and blessed with many re­sources. Hence rigid control over edu­cational processes is not necessary for our economy.

Emphasis on Making a Living

A less desirable feature of educa­tion in the Netherlands which we should not adopt is the one which re­gards making a living as its chief purpose and goal. Educating for life should be our objective. That applies especially to our Christian schools. The sooner we endeavor to educate our youth in order that they become dynamic Christian citizens in this democratic country, the sooner we shall make an impact upon our communities and our country.

Stressing the Mastery of Facts

Furthermore, most of the learning in the secondary schools of the Neth­ erlands is devoted to the accumula­ tion .and mastery of facts. The stu­dent memorizes the text from cover to cover. Discussion of basic concepts is rare. School libraries are very in­ adequate, and the student does not know how to find information. Facts are soon forgotten, but it is essential to to form opinions. In this respect our training is superior.

On the positive side, there are several aspects of Dutch education which we would do well to emulate. Their schools are far ahead of ours in the study of foreign languages. It is true, they stress this of necessity; but we should realize how important it is for us to encourage this study. It is basic to the understanding of other peoples and to the welfare of our own nation.

No Coddling of Students To master his subjects it is neces­sary for the Dutch student to develop the habit of systematic study, and this he does diligently. We coddle our students, fearing that too much study will harm their nervous system. There is little danger of this if they budget their time carefully.

Another admirable trait of the Dutch people is their deep respect for learning. No parent is inclined to question the ability, motives, or authority of a teacher, seeing he has been trained for his profession. We can do much to foster this attitude by being slow to criticize our teachers and by speaking about them respect­fully and with appreciation.

A teacher who recently became as­sociated with our Dutch-American circles remarked she had never met people who were more critical of their fellow-Christians. They freely criticize ministers, teachers, and asso­ciates who are successful in their vo­cations. I wondered how this attitude could be explained. Could it stem from our Dutch provincialism? Hol­landers pride themselves on their in­dividualism and independence; but when analyzed it may be found to be selfishness and egoism. There is too much jealousy among us of what the other person can do or what he has.

We have stayed too long within our own group. It is time that we become part of the whole and enter into com­munity, state, and national affairs. A wonderful religious heritage is ours. We must extend it beyond our nar­row limits. We have begun to do this in our home mission movement. What about other areas? An article by Mr. John Feikens in The Banner of Janu­ary 17 offered good advice when it urged our people to take a more active part in our political life.

We are also reminded of the differ­ ence between this cpuntry and the Netherlands in the atmosphere that characterizes our respective worship services. In the “old country” church services are very formal and the peo­ple seem unfriendly and cold. This is a natural trait, we believe, of an austere and “indrawn” people for whom the struggle for existence is hard and intense. But our own coun­try, with its wide expanses and vast resources, induces friendlihess, liber­ality, and informality in worship­ which should not degenerate into familiarity. It’s the American way.

We thank God for our rich Dutch heritage; but we are now living in America. We have had time to adjust and adapt ourselves to this land. Only by becoming a vital factor in the American world can we hope to im­part to others our Reformed outlook and way of life. We can be sure that this is what God expects of us.

Miss Greydanus lives in Prospect Park, New Jersey. She has been a teacher in our Christian School for many years, having taught in Bellflower, California, for six years, but most of the time in the East. At present she teaches American Literature and serves as librarian in the Eastern Senior Christian School in North Haledon, New Jersey. She is a member of the Bethel Christian Reformed Church of Paterson, N.J.