Likely the discussion of the Common Grace question is just getting under way. Since relatively scant attention was given the problem prior to the monumental Gemeene Gratie of Abraham Kuyper, it is to be expected that considerable time and much patient effort will have to be expended before a well defined view of Common Grace is accepted by all the Reformed. There is no side-stepping the difficulties involved in the fact that although in the eternal counsel of God some men are damned, God nevertheless restrains their corrupt natures, enables them to perform civic good, and bestows the blessings of the material world upon them. 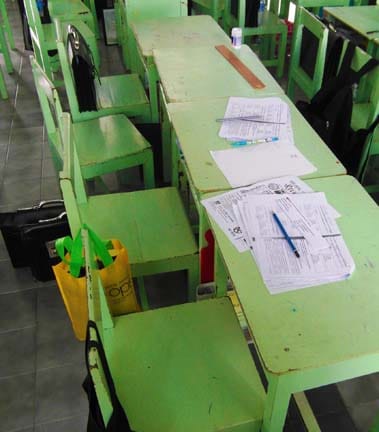 Although at the outset of this review it must be stated frankly that Dr. Masselink does not face some of the difficulties squarely and hence has not brought us directly closer to a solution, we none the less welcome his book. Valuable material from Kuyper, Bavinck and Hepp is made available to the reader and, what is more important, the book is giving impetus to the discussion of Common Grace.

The title suggests that from the doctrine of Common Grace a philosophy of Christian education must be worked out. But before the author can do that he must first present his doctrine of Common Grace as learned from Kuyper, Bavinck and Hepp. Then comes his criticism of the moderate – Schilder, Dooyeweerd and Van Til. Considerable space is devoted to the criticism of Van Til, and one gets the impression that it was intended to be one of the more significant parts of the book. The author evidently feels it his mission to establish that although Van Til does not deny Common Grace he nevertheless does serious injustice to the doctrine.

Masselinks’ great difficulty with Van Til’s view of Common Grace is Van Til’s insistence upon the absolute ethical antithesis between God and natural man. The antithesis, we are told, should not be regarded as absolute since that would place man in a category with the devil, deny that there are remnants of the image of God in fallen man, make impossible the restraint of sin, and thus rule out Common Grace (p. 74f.). Masselink errs, however, when he identifies “absolute ethical antithesis” with “absolute depravity,” the condition of the devil and those in hell. Van Til does not teach absolute, but total, depravity. All agree that natural man does not know God aright. But Van Til asserts that, since all knowledge is interrelated and the mind of man is a unit, man does not even know the flowers of the field truly unless he knows the God who created them and of whose nature they are expressive. Masselink, however, has a different view of the noetic effect of sin. Since for him the antithesis is only relative he is able to assert that fallen man has some true knowledge of God and the world and occupies a certain common ground with the regenerated man who truly knows God and the world. It is at this point that Masselink discovers Van Til’s great “inconsistency.” After mentioning Van Til’s denial of common ground Masselink says that “on the other hand he is compelled to admit it” (p. 76). It is true, of course, that Van Til acknowledges the fact that “non-Christians have a great deal of knowledge about the world that is true as far as it goes” (An Introduction to Systematic Theology, p. 26). They even know God; they cannot escape knowing God -his character as well as his existence (ibid., p. 27). But in what sense? The sense of God is indelibly engraved upon man’s heart. “He knows God and he knows himself and the world as God’s creation” (ibid.). This is objective revelation to man and, as an ethical person, man is compelled to react.

But he reacts sinfully. As Romans one tells us, man seeks to suppress this knowledge of God. Having desire to be as God, man assumed his own ultimacy, refused to glorify God as God, became vain in his reasonings, and his senseless heart was darkened. The net result is that man exchanged the truth of God for a lie, and worshipped and served the creature rather than the Creator. Van Til tells us that “to the extent that he works according to this monistic assumption he misinterprets all things, flowers no less than God” (ibid.).

Hell is not on earth, however, because man is never fully consistent in this life. The sense of God still weighs him down, the works of the law are written on his heart. He is not yet fully self-conscious epistemologically. Being “without God in the world” the natural man yet knows God. “By virtue of their creation in God’s image, by virtue of the ineradicable sense of deity within them and by virtue of God’s restraining general grace, those who hate God, yet in a restricted sense know God and do good” (ibid. p.28). Here is mystery, to be sure. But it is no mystery for God. Human thoughts and actions have significance, e.g., the sin of Adam was a genuine choice; sinners dead in trespasses and sins are yet punished for their rejection of Christ—because back of all human activity is the counsel of our God, whom we trust though we cannot comprehend. “Surely, then, it cannot be thought to be inconsistent if we also hold that he who is reprobate on account of some relative acts, through the sin of Adam and the sin of himself, as well as on account of the counsel of God or an absolute back of all relative acts, shall yet be considered relatively good while he is on earth” (ibid.). Masselink cites Scripture passages which speak of the knowledge and civic good of the natural man, but he pays little attention to Romans 1:18ff. and John 8:44, etc. when he criticizes Van Til. The “relatively good” must be seen only as existing in the “absolutely evil.”

The most basic difference between Masselink and Van Til is on the matter of epistemology. It appears that the former does not recognize the knowing process as ethical. Van Til insists that man must interpret God’s revelation as it comes to him (Romans 1:19). Unregenerate men interpret it according to their own sinful bias. “Knowing God, they glorified him not as God…” but “they exchanged the truth of God for a lie.” (Paul’s inspired view of the antithesis is expressed in absolute terms.) Van Til makes the distinction between the psychological and the epistemological. Psychologically, all to whom God’s revelation comes know the truth. Epistemologically, the unregenerate exchange the truth of God for a lie. “Psychologically there are no atheistic men; epistemologically every sinner is atheistic” (Common Grace, p. 54). Masselink regards this distinction as leading to skepticism (pp. 83f.).

Can we not live in the same world with the unbeliever? Is there no common ground in any sense? May we not go into the laboratory with an unbelieving scientist or help elect a non-Christian president? Masselink says “absolute ethical antithesis and civic righteousness exclude one another” (p. 96). He further states: “Then logical thinking, ethical morality and aesthetic feeling are ruled out” (p. 97). However, he did not thoroughly digest the writings of Van Til. This is especially true of the last 30 pages of Common Grace where Van Til deals clearly and practically with this problem. Van Til observes that neither the “absolutely evil” reprobate nor the “absolutely good” believer are “epistemologically as self-conscious as they will be in the future. God’s favor rests upon the reprobate and God’s disfavor rests upon the elect to the extent that each lacks epistemological self-conscienciousness. In neither case is it God’s ultimate or final attitude, but in both cases it is a real attitude” (Common Grace, p. 92). On the last page of his book he makes it abundantly plain that he believes that in spite of the absolute ethical antithesis cooperation between believers and unbelievers is possible: “It is only when we thus press the validity of the Christian claim at every point, that we can easily afford to be ‘generous’ with respect to the natural man and his accomplishments. It is when we ourselves are fully self-conscious that we can cooperate with those to whose building we own the title . . . Our cooperation will be just so far as and so far forth. lt will be cooperation so far as the historical situation warrents” (ibid., p. 95).

The reviewer believes that Masselink’s criticism of Van Til is due to a serious weakness in his own thinking. He does not do justice to the fact that God’s counsel is back of the apparent paradoxes in history. In speaking of the “contradiction” between Van Til’s absolute ethical antithesis and his statement that the non-Christian has some true knowledge, Masselink says: “These two points are indeed difficult, because according to all reason the one excludes the other” (italics supplied, p. 95). It appears that he employs the idea of abstract logic instead of being willing to accept the fact that for the creature there will always be areas of mystery since finite man cannot comprehend the infinite God.

The section on science contains much valuable information, though perhaps the author’s reach exceeds his grasp. In the final section some practical implications of Common Grace for Christian education are set forth.

There are many typographical errors, and a number of grammatical shortcomings. Much of the material is monotonously repetitious.

There is a slavish dependence on Kuyper, Bavinck, and Hepp, and the author’s air is most confident in his criticism of Van Til and others when he discovers them to be out of accord with these great theologians. Would they not be the last to disparge the idea of progress in theology? At times Masselink seems to express the belief that there remains nothing more to do with regard to the doctrine of Common Grace except to apply it in the various spheres of life. The criticisms of Van Til not mentioned in this review, such as the fact that he finds the origin of Common Grace in the covenant of works and not in the Noachian covenant, as well as his treatment of the theistic proofs, indicate that Masselink does not understand Van Til.