Organizers hope a tenth of the CRC may join new conservative classes.

(February 5, 1997) URNS — When Escondido CRC tried last year to get Classis California South to endorse the concept of a classis organized by theological affinity, the classis rejected the overture by a voice vote. This year, a similar overture from Escondido calling for four such classes rather than a single classis passed by a three-to-one margin at Classis California South’s January 15 meeting. 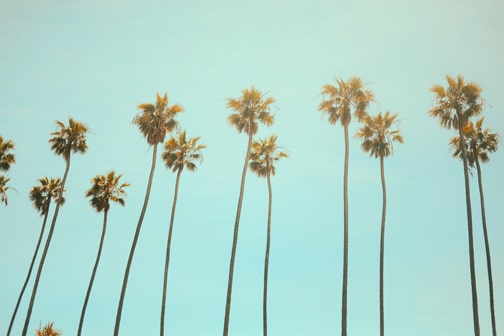 Since November 1995, the concept of a classis composed of churches organized on the basis of theology rather than geographical proximity has been a key part of tile stated strategy of conservative Christian Reformed leaders who want to remain members of the denomination despite its 1995 decision to allow the ordination of women. Endorsed by the 1995 Interclassical Conference of CRC conservatives meeting in South Holland, Illinois, the concept was endorsed again by the November 1996 Interclassical Conference as (in alternative to secession.

Elder Keith Vander Pol of Escondido CRC, who also serves as vice-president for development of Westminster Theological Seminary in Escondido and has been charged by the Interclassical Conference with implementing the theological classis proposal, said he thought the change in the classical vote reflected a recognition that something needed to be done to keep conservatives in the Christian Reformed denomination. “The positive vote at this point in my opinion merely points out that people are becoming sensitive to that fact that many churches would leave and!or split if they are not provided a haven of rest within the denomination,” said Vander Pol. “I think that was definitely on the minds of many people at the time of the vote.”

The overture draws a close parallel between the proposed theological classes and the already-existing synodical decision allowing each of the CRC’s 47 classes to declare itself in favor of women’s ordination by declaring the relevant article of the CRC church order barring women’s ordination to be inoperative. If the overture is adopted by synod this June, the CRC General Secretary will be directed to “maintain a list of theologically identified classes as well as those which have declared that the word male in Article 3-a of the Church Order is inoperative for their constituent churches and will publish that list annually, along with the presentation of candidates for the ministry, in The Banner (Acts of Synod 1996, p. 735, item ‘e’).”

Vander Pol said that based on preliminary estimates, nearly a tenth of the CRC’s 841 organized churches could eventually end up requesting to join a classis composed of conservative churches opposed to the ordination of women. “I have 90 churches that have indicated a desire to carefully consider a theological classis,” said Vander Pol. “With that number, we obviously hope we can have a pool of many more so we can in the end have a significant number of churches and existing classes.”

According to Vander Pol, the theological classes could take two forms. Just as any of the CRC’s existing 47 classes can now declare itself to be in favor of women’s ordination, the overture would allow existing classes to declare themselves opposed to the ordination of women and endorse the “United Reformed Affirmations,” a series of statements drafted by the Interclassical Conference addressing current issues in the CRC. In addition, the overture provides for Synod 1997 to appoint a committee to implement the creation of new classes when necessary, by September 1. If new classes are formed, they would “initially be geographically defined by and consist of those churches which have indicated their desire to join a theologically identified classis as noted in an addendum to be added to his overture prior to Synod 1997” and would “receive until January 1, 1998, without further need for classical or synodical action, any CRCNA church within its geographical boundaries agreeing with the above requirement and wishing to join.”

The United Reformed Affirmations, an extended document adopted by the 1996 Interclassical Conference, addresses a number of other issues in addition to women in office. “It sets forth the historical position of the Christian Reformed denomination on issues such as the foundation of our faith and practice, inerrancy of Scripture, the church and its worship, its unity, matters of evangelism, homosexuality, feminine language for God, and women in the offices of the church,” said Vander Pol.

Vander Pol said he hoped a number of existing conservative classes—possibly including Classis California South—would adopt the United Reformed Affirmations as a body and become a theological classis.

Some in Classis California South who changed their vote this year and decided to support the Escondido overture weren’t prepared to go as far as declaring the entire classis to be a theologically identified classis, however.

“I recognize that something has to be done but I’m not sure it’s the right answer,” said Rev. Bart van Eyk of San Diego CRC. “We certainly don’t want the denomination to fragment any further. I think the problem with the overture, while I voted for it, I had some concern because in one’s own mind it’s very difficult to separate the overture from the affirmations of faith that came out of South Holland.”

According to van Eyk, the problem with the United Reformed Affirmations is that they represent an additional creed beyond the CRCs doctrinal standards to which all ministers, elders, and deacons must subscribe. “Even though those who put together those affirmations perhaps did not intend it to do so, unfortunately what they boiled down to is a creation of another creed,” said van Eyk. “I have a real problem with being expected to sign on the dotted line to another creed. I am as conservative theologically as most other people but I would have a difficult time adhering to that statement of faith and therefore as a conservative I would find myself left out in the cold, unable to really place myself in either camp.”

Dr. Henry De Moor, professor of church polity at Calvin Seminary, seconded van Eyk’s concern. “What basing a classis on theological affinity would do is to draw the lines beyond the creeds to theological issues,” said De Moor. “If you do that, you can do that on both sides of the hot button issues, not just women in office but also homosexuality and probably other issues as well.”

“What you’re doing by having a classis of theological affinity is to defeat the very purpose of a classis. It is to be a governing body where the leading of the spirit is discerned in matters that are not clearly taught by Scripture or the creed,” said De Moor. “We are saying it is a lovely airplane we have here, and we’re going to take the left wing and separate it from the right wing, and we’re going to make it fly. It can’t fly that way. In the life of the church you need theological accountability.”

De Moor proposed the Biblical model of the Jerusalem Council in Acts 15 as an example of how the church should settle disagreements. “I don’t think it would have helped the cause of Christ for Antioch to say if Jerusalem insists on circumcision, let’s just let them go their own way, we will be in our own classis and they will be in theirs,” said De Moor. “To me it’s a biblical model of mutual accountability and mutual deliberation we’re dealing with.”

The Escondido overture would lead to further fragmentation rather than unity, said De Moor. “What is to prevent the starting of a classis based on the form of worship?” asked De Moor. “There is no stopping at that point. Where do you draw the line? I draw the line at the creeds. If a church goes outside the bounds of the creeds we’ve got a disciplinary case on our hands, but we never let each other go and we retain accountability to each other.”

Vander Pol noted that Synod 1995 had already formally recognized a multiplicity of views in the denomination and argued that the Escondido proposal allowed not just churches favoring women in office but also churches opposed to the practice to implement their preferences on the classical level. “One person asked if we were saying there are two different positions within the denomination, and I said ‘Yes, Synod said there are two different perspectives,’” said Vander Pol.

Vander Pol also emphasized that he was trying to find a way to keep his church and others in the CRC, not to lead a secession. “I can state that this effort is not with a purpose to or for churches to be anything other than CRCNA over the long term,” said Vander Pol. “This movement to theological classes is not being promoted nor is it intended on my part to be any precursor to a movement to leave.”

De Moor, however, emphasized that Synod 1995’s decision acknowledging the legitimacy of two positions on women in office was permissive rather than restrictive. “Synod took a position on women’s ordination that allows congregations to do certain things but does not force congregations to do anything; nobody’s telling Escondido or any other church that they have to have women ministers and elders,” said De Moor. “I wish that were also more widely acknowledged that synod allowed certain things but is not taking a position that legitimates only one.”

De Moor urged Escondido and other churches opposed to women’s ordination to follow the model of the widely publicized Pine Creek case, where a conservative church in Holland followed Synod 1996’s rules and received permission from both Classis Holland and Classis Zeeland to transfer to Classis Zeeland. “They said they could not remain in Classis Holland as a matter of conscience due to their opposition to women ministers and elders, and I’m pretty certain synod will approve it as well,” said De Moor. “It’s exactly the kind of thing synod had in mind. Local congregations which are in similar straits as Pine Creek should explore that option as opposed to this giant scheme of having at least four theological classes.”

Vander Pol, however, noted that the Pine Creek model wouldn’t work in all areas. He dissented from the argument that the United Reformed Affirmations were a new and different creed from that historically confessed by the CRC and said he hoped to work for passage of the Escondido overture as an elder delegate to this summer’s synod. “I think some have suggested that the affirmations of faith are super creedal, that they are something on top of the creeds,” said Vander Pol. “The only thing I know to respond to that is there is nothing in the affirmations that contradict or contravene any of the historically held positions of the Christian Reformed Church, and therefore do not make a new creed.”