LONDON, England (EP) — A 150-page report to be published this month from the Evangelical Alliance of the United Kingdom (EAUK) says that Christians need to emphasize the doctrine of Hell. The Rev. Joel Edwards, general director of EAUK, said, “The increasing pluralism of western culture has made Hell more of a stumbling block than ever. It would be no exaggeration to say that both within and outside the church, many now see the doctrine of Hell as indefensible and obsolete.” The spiritual future of the redeemed and the “wicked” after death are examined in the report as well as the authors’ concern that the church’s mission and witness on the doctrine of Hell may be compromised because the difficult subject is too often avoided. They call for theological colleges and related Christian organizations to train church leaders to their standard of biblical preaching, teaching and pastoral care in matters related to Hell.

LANSING, Mich. (EP) — A proposed university course that will teach young men how to be gay is “an embarrassment” and should be canceled, say pro-family campaigners in Michigan. The class “How to Be Gay: Male Homosexuality and Initiation” is scheduled for the University of Michigan’s fall semester. American Family Association—Michigan leader Gary Glenn—has written Gov. John Engler, lawmakers and university leaders, urging them to “stop this outrage.” Glenn said the course description concedes a point often made by opponents of gay rights. “If…you need a course…to learn ‘how to be gay,’ then it’s obvious that high-risk homosexual behavior is a ‘learned’ lifestyle that is a matter of choice, not genetics,” he said. 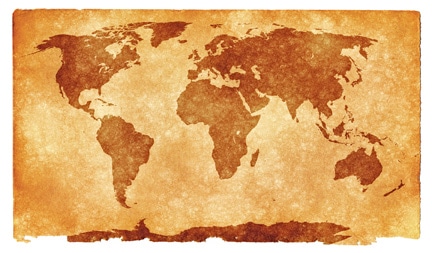 On February 21, the Lord took home his servant, emeritus professor of apologetics, the Rev. Robert Knudsen, Ph.D. He was 75 years old. He had suffered a brain stem stroke five weeks earlier and was totally paralyzed, fully conscious, but able to move only his eyes and eyelids. Dr. Knudsen was born in Oakland, California, and educated at the University of California, Berkeley; Westminster Seminary (‘47); Union Seminary, New York, and the Free University, Amsterdam, where he received his Ph.D. in 1958. He was ordained by the Presbytery of the Dakotas of the Orthodox Presbyterian Church in 1953, while teaching philosophy and sociology at Rockmont College, Denver.

He and Ali Mulder were married in 1951, in the Netherlands. Four sons were born to them, Donald, Timothy (now deceased), Richard and Stephen. There are four grandchildren.

He taught systematic theology and apologetics at Westminster from 1958 until his retirement in 1995. He continued to teach as emeritus professor of apologetics from 1996–2000. He was the author of The Encounter of Christianity with Secular Science: History, Psychology, Sociology. He is a contributor to several other volumes including Theonomy: A Reformed Critique, and has authored numerous articles and reviews, He was a member of the American Scientific Affiliation and other scholarly societies.

Westminster Theological Seminary was founded in 1929 to tram men for the ordained ministry, to train men and women for service in the church and in the world and to serve as a center for Christian research and scholarship, Informally related.to the Orthodox Presbyterian Church, the Presbyterian Church in America,. the Korean-American Presbyterian Church and similar conservative churches, Westminster’s graduates serve in these three denominations and in more than 100 others. Westminster currently has 620 students (525 men and 95 women) from 40 countries and 115 denominations.