For the first time in over four centuries, the Roman Catholic Church has issued a new universal catechism. The new edition reaffirms some traditional tenets of the faith, clarifies certain issues of modern-day society, and identifies new sins.

Among the sins defined in the catechism released Nov. 16 are tax evasion,drug abuse, mistreatment of immigrants. abuse of the environment, artificial insemination and genetic engineering.

The document, six years in the making, was prepared by a commission headed by Cardinal Joseph Ratzinger of Germany. It is intended to be a compendium of Catholic teachings for a variety of educators and resources. It is not designed to replace other sources of church teachings, but to more clearly address issues relating to the Church today.

Cardinal Ratzinger, in an interview with French newspaper Le Monde, said, “It offers a fundamental vision of man, his life, his destiny.” Many believe the new catechism to be part of Pope John Paul’s design to strengthen the Church’s doctrinal base so as to better confront new challenges caused by social, economic, political and scientific change in our society.

The “old” catechism was developed in the 16th century at the Council of Trent. Plans for a new catechism were made when bishops from around the world gathered for a synod in Rome in 1985 to mark the 20th Anniversary of the Second Vatican Council. The Vatican Council had introduced major changes in the rituals and structure of the Roman Catholic Church.

There are some 980 million Catholics in the world. 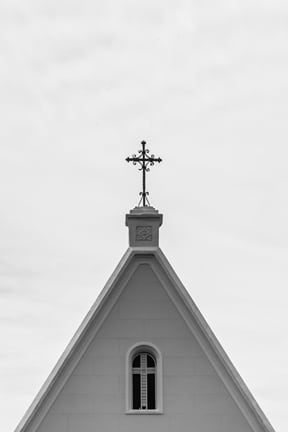 In a 2-1 ruling hailed as “a major breakthrough” by homosexuals, the Minneapolis Civil Rights Commission awarded more than $90,000 in damages to three public library employees, ruling that they were discriminated against when the city failed to provide health insurance for their lesbian “partners.” The commission’s Nov. 23 ruling requires the city and Library Board to provide health insurance coverage for “partners” of city employees. [n a dissent, Commissioner Barry Clegg said he agreed with the ruling in principle, but did not feel the commission had the authority to require benefits which had been explicitly rejected by the City Council. Minneapolis passed a “domestic partners ordinance” in 1991 which allows same-sex couples to register their relationships with the city clerk. The ordinance also provides sick and bereavement leave to workers with “domestic partners.” However, the city did not provide health insurance for “partners” of city employees, because of concerns about cost and legality.