By THE REV. J. G. VOS, Th.M. VI. Christianity Without the Cross

NOTE: This is the sixth of a series of articles on common contemporary viewpoints which are contrary to orthodox Christianity.

The Substitutionary Atonement of Christ

“The Lord Jesus, by His perfect obedience and sacrifice of Himself, which He through the eternal Spirit once offered up unto God, hath fully satisfied the justice of His Father; and purchased, not only reconciliation, but an everlasting inheritance in the kingdom of heaven, for all those whom the Father hath given unto Him.” Thus does the Westminster Confession of Faith (VIII, 5) state the doctrine of the vicarious or substitutionary atonement of Christ. This truth, which is taught with unmistakable clearness in the Scriptures, is the very heart of Christianity. We have only to think of the Passover, the Lord’s Supper, Isaiah 53 and numerous passages of the Gospels and Epistles to realize the prominence of this truth in the Word of God. That Christ died as the sinner’s Substitute is the very basis of the Scripture way of salvation. 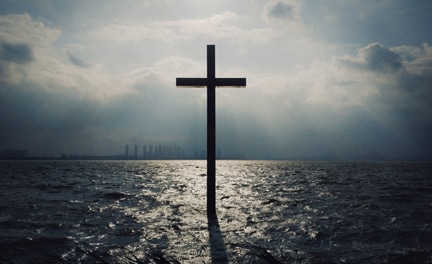 Briefly, the doctrine of the substitutionary atonement is the divinely revealed explanation of the meaning of the crucifixion of Christ. It teaches that Christ suffered and died according to a divine plan by which He bore in our stead—as our Substitute—the wrath and curse of God due to us on account of our sins. In the atonement, the sins of God’s elect were imputed or reckoned to Christ-charged against Him, or “laid upon” Him—in order that God could, consistently with His absolute justice, forgive their sins and impute the righteousness of Christ to them. The substitutionary atonement means that the innocent and holy Christ, according to the divine plan, suffered the penalty due to guilty and wicked sinners because of their breaking of God’s law. It means that Christ and the sinner exchange places, each receiving what the other deserves. It implies that Christ’s sufferings and death were necessary to save us from spending eternity in hell.

This doctrine of substitution has been largely abandoned by modern American Protestantism. There is perhaps no single doctrine of the Bible on which so much ingenuity has been expended in an effort to get rid of it or explain it away. In most cases the idea of the atonement is not denied outright, but affirmed and then explained away. Thus the modern “liberal” preacher piously says “of course I believe in the atonement!” and then explains the atonement to mean that Christ died to reveal the Fatherhood of God to men. The substitutionary or “satisfaction” view of the atonement is probably held by only a minority of American Protestants today. Why should there be such intense opposition to this doctrine? Because it cuts to the very heart of human pride and self-confidence. The person whose creed, littered or unexpressed, without with the affirmation “I believe in man” is deeply offended by the humiliating doctrine of the substitutionary atonement and its corollary of human sinfulness and helplessness. Indeed, this opposition is nothing new; it existed in the apostle Paul’s day, so that he must write of “the offense of the cross” (Gal. 5:11). To confess one’s self to be a helpless, hell-deserving, wicked sinner is very humiliating to human pride; it “excludes boasting,” as Paul wrote (Rom. 3:27–27). The offense of the cross is precisely what is lacking from large sections of present·day American Protestantism. There is plenty of talk about “the cross,” but the real offense of the cross has been carefully, removed, with the result that Christianity has been supplanted by a non-saving, counterfeit religion that is essentially only moralism of self-salvation.

We shall now consider some of the ways in which the doctrine of the substitutionary atonement is bypassed or nullified at the present day. The first is the way of vagueness. “I believe in the great fact of the atonement,” says many a liberal preacher, “but I do not see the need for any theory of the atonement.” This gives the impression that he really believes in the main thing and differs from the orthodox doctrine only in minor details. But it is a complete evasion of the truth. There can be no fact without a theory to explain it; a fact without a theory would have no meaning at all. The so-called “fact” of the atonement was merely the crucifixion of a Jew 1900 years ago some nails driven through a man’s hands and feet, some blood dripping to the ground. As soon as we ask “Who was this sufferer?”, “Why did He suffer?”, “What did it accomplish?”, we must have a “theory” or doctrine of the atonement. Without a doctrine, the fact of the crucifixion is meaningless. The real question is not whether we shall have a doctrine of the atonement, but whether our doctrine shall be the revealed truth of God or merely one of the make-shift theories of men.

References to a Law of Self-Sacrifice

Another way of getting rid of the substitutionary atonement is to classify Christ’s death as an instance of the working out of a universal natural law of self-sacrifice, a law by which a mother sacrifices herself for her child, a hen for her chicks, a man for his country, and Christ for the human race. According to this idea the atonement has been paralleled by millions of actions since the beginning of time, only the atonement stands out as something more monumental than the rest. Christ only did what multitudes of people, and even animals, have done and are doing—but He did it in a fuller, greater and more remarkable way. “Sacrifice is the law of life,” say the advocates of this view, “and Jesus died according to that law.”

One objection to this view is that it eliminates the idea of substitutionary guilt-bearing. If there is such a thing as a natural law of self-sacrifice, it involves only sacrifice to rescue others from danger or suffering, not substitutionary bearing of a legal penalty—the wrath and curse of God. To regard Christ’s atonement as coming under such a category means to deny that the guilt of His people’s sins was laid upon Him by the Father. This idea also destroys the uniqueness of Christ’s atonement. It becomes only one happening of a class of happenings, all of which are essentially thc same and differ only in degree. That is to say, this view regards Christ as a mere human being, and his sacrifice as a merely natural human act, instead of regarding Him as the Son of God, and His sacrifice as the unique fulfillment of a special divine plan of salvation. This view regards the blood of Christ as a common thing.

The false theories of the atonement are legion. Many of them contain certain elements of truth. None the less they are all essentially false and destructive of Christianity. They have only one thing in common—they all agree in their rejection of the truth that Christ bore the wrath and curse of God as the sinner’s Substitute, to save the sinner from eternal punishment in hell. It would be impossible in this brief article to deal with ail the false theories of the atonement that have been devised by human pride and unbelief. We shall merely mention a few of the most widely held.

1. The “Military” theory of the atonement teaches that Christ by his death on the cross paid a ransom to Satan and thus canceled Satan’s claim on the sinner. This theory was common in the early centuries and is found sometimes today. Christ did indeed seal the doom of Satan, bill not by paying ransom to Satan. He paid the ransom to God, to satisfy the justice of God on account of human sin.

2. The “Example” theory of the atonement holds that Christ died merely as a martyr to His principles and ideals, and to leave the human race noble pattern or self-sacrifice for men to imitate. This theory denies that Christ suffered for tile sins of men; it teaches that He died merely as an example of self-denial.

3. The “Mystical” theory of the atonement holds that Christ suffered and died in order to identify Himself with human sin, suffering and death, thus saving men by bringing about a mystical union between the human race and Himself. This theory denies the truth that He suffered the wrath of God as the sinner’s Substitute; it holds that men are saved not by substitutionary penalty-bearing but by mystical union with Christ.

4. The “Governmental” theory of the atonement holds that Christ suffered a “token” penalty to show God’s displeasure and opposition to sin, so that God could thereupon forgive sinners without impairment of His moral government of the world. According to this theory, Christ died not to make it right for God to forgive sinners, but to make it safe for God to forgive sinners, somewhat as an earthly judge sometimes singles out some one criminal and makes him a “public example” by visiting upon him a severe penalty to make people realize that crime is against the law, while many others are left unpunished. This view holds that Christ’s atonement was not for the sake of God’s justice but merely in the interests of His moral government of the world; it was necessary because of practical considerations, not because of the demands of righteousness.

It is so common that in “liberal” circles it is almost universal, and it is also held by some who call themselves “conservatives” or “evangelicals.” According to this theory Christ’s atonement had nothing to do with the justice of God: its purpose was to influence men. It was intended to melt the stony hearts of men by producing a powerful moral impression on them. The advocates of this theory like to say “Christ suffered to convince men of the love and Fatherhood of God;” “The cross of Christ reveals to men the sinfulness of sin and assures them of God’s pardon;” “The cross calls men to repentance by disclosing the compassionate heart of the heavenly Father,” etc. These statements sound very pious, but every one of them, as an explanation of the essential nature of the atonement, is a subtly dangerous, soul-imperiling half-truth. The real intention and purpose of the atonement was not to influence men at all but to satisfy the justice of God. It is the inward work of the Holy Spirit in effectual calling that really influences men, breaks down their hard and stony hearts, and brings them to God in repentance and faith.

A Word Emptied of Meaning

The fact that a preacher, professor or missionary claims to believe in “the atonement” means virtually nothing today. The word “atonement” has fallen so far off the gold standard, in its current use in American Protestantism, that it hardly has a definite, accepted meaning any more. By and large, contemporary American Protestantism is non-substitutionary “Christianity.” It evades, by-passes and explains away the very heart of the Gospel, the vicarious atonement of Christ. When that is gone, nothing else matters, nothing else is worth retaining or striving for. May our Reformed churches never be ashamed of the old Gospel of salvation, by the blood of Christ, never seek to eliminate or cover up the offense of the cross.

“Christ hath redeemed us from the curse of the law, being made a curse for us, for it is written, Cursed is every one that hangeth on a tree” (Gal. 3:13). “For the preaching of the cross is to them that perish foolishness; but unto us which are saved it is the power of God” (I Cor. 1:18). “Who his own self bore our sins in his own body on the tree, that we, being dead to sins, should live unto righteousness: by whose stripes ye were healed” ( I Peter 2:21).