Our previous article in the October-November issue of Torch and Trumpet (vol. 2, no. 4) dealt largely with the social situation in Great Britain. No doubt Great Britain’s long lead economically speaking over the other countries of Western Europe was a great handicap for the latter to overcome in the way of technical progress. However, once they were started on the road to the modernization of their industrial equipment, they were bound to become a real threat for England. 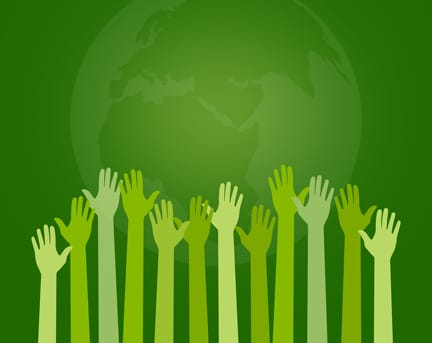 We now proceed to outline briefIv the economic situation in the countries of the European continent as it existed about the year 1830.

In France a new spirit of enterprise was awakening. Even in French rural districts the mentality of economic rationalism began to replace the traditionalism of the early capitalistic period. Hence, a new type of Citizen made his appearance, described by some authors as active, greedy, and narrow-minded. After the July Revolution of 1830, which overthrew the Bourbons, the monied aristocracy became mighty. Bankers exercised considerable influence on society from “behind the screens.”

Big industries were established in those regions where for a long time textile mills had occupied an important place. The city of Mulhouse in the Upper-Alsace district became the French Manchester. The history of the development of smaller industry has never become quite clear, but judging from the concentration of workers in the large cities this must have been an important development.

Germany was in the first half of the 19th century still predominantly agricultural. In 1815 about 70 percent of the Prussian population lived in the country, and in the other German states this percentage was even larger. Berlin had at that time the character of a small, country town. About 1830, however, a rather strong economic activity became apparent, mostly in the Rhine area. There, due to Napoleon’s influence, was to be found the most progressive part of Germany.

With regard to southern Netherlands (later called Belgium) we note that this part of Western Europe became one of the best equipped and most progressive countries technically speaking. Various reasons can be laid down for this development. One of the most important of these reasons is that southern Netherlands reaped the fruits of the activity of William I (1814–1840), king of the Netherlands. Having obtained a market in the Dutch East Indies, the textile industry near Ghent developed rapidly. King William encouraged British technicians to start new enterprises in South Netherlands. The technical equipment of the factories at Birmingham, England was soon equalled in the city of Seraing, near Liege.

The northern Netherlands (later Holland) was at this time still in the early capitalistic stage, agriculturally and commercially. In industry it remained far behind Belgium. Industrial development came at a later lime, really, although a few noteworthy industrialists could be mentioned.

After this brief picture of the economic situation in Western Europe during the first half of the 19th century, we turn to discuss the social development and its permeating principles.

The history of France throughout the 19th century is a history of revolutionary thought and action. More than in any other country, blooded nobility had, under godless French kings, unusual power over men which they abused for their own profit. Taxes were high, life at the royal court was lavish and expensive, moral standards were very low. Revolutionary ideas were widely spread under the guidance of the leading scientists. The thinking of Voltaire, famous philosopher and writer of the 18th century and one of the principal defenders of the Enlightenment, was of great influence. It permeated science and literature, and his wicked theories designed to undermine and kill belief in God had deplorable consequences (ni Dieu ni Maitre—no God no Master). Also, the philosophy of Rousseau, up to this day of great influence among the working class, was destructive for then existing political and social institutions.

The great revolution of 1795 did introduce a new state of affairs in every respect, but it did not bring more happiness or did it improve the welfare of the people. But after the defeat of Napoleon in 1815 the false ideas of “liberty, equality, and fraternity” as interpreted by revolutionary philosophy were again worshipped and applied, albeit less radically than before.

The law at that time prohibited labor organization, which was ignored by the workers but was vigorously applied by the government. From 1825 to 1846 no less than 4,460 workers were imprisoned for having attempted to organize. As a result the fertile French spirit revealed itself in varied ideals all of a socialistic origin. Fortunately, these several theories fought and restricted each other.

The spirit of anarchism was predominant. Miserable, indeed, was the social predicament of the worker. Improvement, however, was more than once advocated and pursued in the way of revolutionary violence. Civil war was not an exception. The masses of the French workers were more influenced by the anarchist P. J. Proudhon (1809–1865) than by the so-called “scientific socialism.” And the labor movement tended even more toward syndicalism than to the type of trade union developed in other countries on the continent.

Syndicalism l s the idea that the trade union (French: syndicat) is the cell of the future society. Its followers are opposed to any measures which might promote social peace. They oppose, therefore, collective labor contracts, fair dues, conciliation, etc. They seek to promote the fighting spirit among the workers. The laboring class must be educated in the revolutionary spirit, in hatred against employers and all social and civic institutions. The strike is a means to educate laborers in this spirit. If a general strike can be attained, then the ideal situation will have been reached, that is, open war between the working and capitalist classes. The ultimate result will then be that the capitalist society is overthrown and the means of production will be taken over by the trade unions. Naturally, the state also must disappear, since it strives to maintain law and order.

Syndicalism is still strong in France, but it has been superseded by Marxian communist ideas as now seen in Russian dominated territories. One should not be deceived, however, by the fact that the largest French labor movement (Confederation Generale du Travail) is now under communist leadership. The situation is France is very complicated. The French laboring man is under revolutionary influence, true, but he is not a fool! He fights for better working conditions (and in this respect he has a much harder task than workers in many other countries), but he is at the same time known as a good Citizen. Revolutionary France has been and is still today noteworthy because of the large number of men who are actually not in harmony with the communist leaders in their unions.

For example: A few years ago we had a personal interview with a French locomotive engineer. He was a Protestant Christian and a faithful member of his church. At the same time he was a member of the large communist-led union. We asked him why he did not join the French Federation of Christian Trade Unions. His answer was that the Federation was a Roman Catholic organization. \IVe told him of the Protestant Christian organization in the Netherlands. This was his reaction: “How I should like that kind of an organization in France! I would join today.”

In France the relationship between Roman Catholics and Protestants is still darkened by persecu tion. Protestan ts have suffered at the hands of the Romanists for many centuries, which has led to the virtual extinction of Protestantism in France. The number of Protestants at present is not higher than two per cent of the total population.

Protestant Social Action Notwithstanding this fact, a movement for Protestant social action arose in France. A Protestant minister, the Rev. Tommy Fallot (1844–1904), who was after many years of inward struggle by the grace of God converted to a living faith in Jesus Christ, devoted his life to the cause of the people. Having been attracted to socialism, which meant to him as it did to Kingsley in England, and, later, to Abraham Kuyper, the rejection of the rationalistic individualism of the 18th and 19th centuries, he now, after his conversion, acknowledged that “my socialism has not meant much without Jesus Christ.” Again we ought to be impressed with the fact that this champion also confesses that always and everywhere the indispensable and necessary condition of real social reform is personal conversion.

But not only that! Tommy Fallot was of the opinion that a personal conversion cannot fail to lead to social action. For many years he fought that one-sided conception of the Gospel which speaks only of the soul, conversion, and heaven. He considered it utterly impossible that a minister of the Gospel could be truly busy in preaching and shepherding his people without always touching questions of social significance and without contacting the need for Christian social action. And, still further, he deemed it impossible that anyone while trying to live up to the Word of God should not discover that it is genuinely concerned with daily, earthly things. Besides, he felt that it is impossible that anyone who is brought by the Gospel to the Father through Christ should not at the same time be brought to the brethren.

Therein a genuine appreciation of true Christian solidarity is revealed.

No real Christian will come to the Father without the desire being awakened in him to see his Father, who is also the Creator, glorified in his creation, Fallot said.

This is the Christian social imperative! This is the Calvinistic approach to the social problem!

Tommy Fallot founded a Christian social movement in France called Christianism Sociale. He did not ask, as so many do in these days, whether it would have any effect. He simply could not do otherwise. Christianism Sociale is not only existing even today, but it is also very active. A monthly review is published. A congress is held annually. In 1938 we visited their congress held at Montpellier in southern France. We discovered that this small movement is very vigorous in thought and action, so much so that Protestants in other countries where they are more privileged In many respects than their brethren in Romanist France ought to be ashamed.

Roman Catholicism in France, despite its numerical strength, is rather weak, and a couple of decades ago was not very progressive. During the past half century a Christian social movement came into being under Roman Catholic leadership. The number of Protestants who joined this movement is not great in spite . of the fact that a Protestant labor organization does not exist. In France you will find Protestant workers in all the existing labor unions including the communist-dominated movement. Christianism Sociale has failed to appeal to the rank and file, having remained too much a movement for more intellectual Protestants. The French Federation of Christian Trade Unions, Catholic-led, not many years ago counted no more than 100,000 members, but after ‘ ”’orId War II they grew to about a million. It now plays an important role in French labor activities.

Like all countries in which Roman Catholicism has long dominated, revolutionary tendencies are strong in Belgium. Nevertheless a Roman Catholic labor movement was founded in later years, which, under capable leadership has grown considerably. Since World War II their number is about 650,000, the same as that of the socialist labor movement. We need not be surprised at this development. Revolutionary tendencies if checked in time by Christian ideas made concrete in free organizations openly advocated often lose their attractiveness for many workers. If there is an opportunity to free themselves from membership in revolutionary organizations and to join organizations based on sounder principles many will do so. The Roman Catholic labor movements in France and Belgium are proofs for this fact.