A hush spread through the beautiful sanctuary as the congregation waited with expectation to hear the reading of the Scriptures. The pastor had just finished his prayer asking God to illumine the preaching of His Word. Suddenly a cry echoed across the rows of pews: three-year-old Joey Callahan was protesting loudly at the “shushing” of his mother as all three hundred pairs of eyes in the congregation riveted their gaze on the young family.

All Christian families eventually face the decision of whether or not to keep their small children in the worship service of their local congregation. Most of us have been distracted by children like Joey. Many parents decidet that their children should remain in the nursery or in “junior church” to avoid these embarrassing and disruptive situations. However, perhaps it is time to reevaluate the attitude of the church toward its youngest family members. The presence of children in the worship services of the local congregation is important to the health of the church. We must make every effort to encourage the attendance of children of all ages in the corporate worship service.

Why do so many churches and families exclude their children from the formal worship of the congregation? One reason is the idea that children are distracting to worshipers and will cause the worship to be less glorifying to God. Parents are distracted from their own worship experience, and they are embarrassed by the misbehavior of their children. 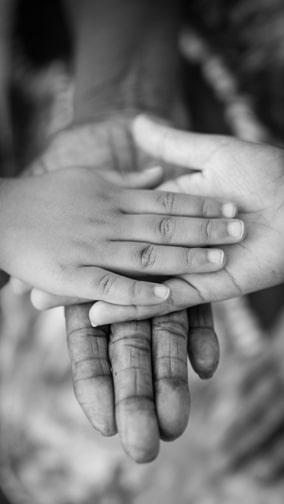 However, children worshiping with their parents in the congregation can also enhance the life and worship of the church family. Perhaps one of the most important benefits to the congregation is the example this provides to younger couples and singles in the church. Often, these young people have come from broken or non-Christian homes, and they do not have a good example in their own family to look to in raising their own children. In church, they have the privilege of observing parents who are seeking to raise their children according to godly precepts. More than that, through several generations, by God’s grace, the congregation will see God’s faithfulness in the families in the church.

If we train our covenant children to worship God with the congregation, we communicate to them the heritage they have been given. Even at a very young age, when their understanding is limited, these children will begin to understand that worship is very important to their family and to the other members of the congregation. They will grow in self-control and self-discipline. Our goal is that one day our covenant children will grow up to be humble servants who have been taught the principles of Biblical worship and who know the joy of praising their Lord and learning from Him.

Perhaps the greatest objection to including children in the formal worship service is the belief that children, especially infants and toddlers, are too young to comprehend what takes place in it. We must, however, be cautious in determining at what age children can understand and recognize the Lord. If we truly believe that regeneration and illumination are the work of the Spirit, then we cannot say that the conversion of our covenant children depends upon their intellectual maturity.

We see this point illustrated in the Scriptures particularly in the example of John the Baptist, as Richard Bacon observes: “We see in this passage (Luke 1:39–44) that infants are capable both passively of being filled with the Holy Ghost and actively of responding with joy to the presence of Christ” (Revealed to Babes: Children in the Worship of God [Old Paths Publications, 1993], pp. 33–34).

We must also realize that an infant is as capable of being converted as an adult is, for it is through grace alone that we are given new life. As Bacon also observes (in Revealed to Babes, p. 50):

The most mature believer does not so much apprehend Christ as he is apprehended by Christ (Philippians 3:12). It is not as important to the child of God what he knows of God as the fact that God knows him (Galatians 4:9). A covenant child is as capable of being apprehended and being known as is an adult.

Although an infant may not have a complete understanding of Christ’s atonement, neither does a full-grown adult. Apart from the Holy Spirit, we adults are just as incapable of changing our hearts as an infant is. In fact, Jesus used a little child to illustrate the humility that adults should have (Matt. 18:14). The realization that God may already be drawing our children to Himself should cause us to desire their presence in the worship service, particularly during the preaching of the Word of God. As Paul writes in Romans 10:17, “Faith comes from hearing, and hearing by the word of Christ.” Our fervent hope is that our children will know the Lord early in their lives — that they might never know what it is like not to know the Lord.

Perhaps the most compelling reasons for us to include our covenant children in the formal worship of the church are the principles that we find in the Scriptures. Throughout the Old Testament, many passages refer to infants and toddlers being included in the assembly of the nation of Israel. For example, in Joel 2:15–16 we read:

Blow a trumpet in Zion, consecrate a fast, proclaim a solemn assembly, gather the people, sanctify the congregation, assemble the elders, gather the children and the nursing infants. Let the bridegroom come out of his room and the bride out of her bridal chamber.

In this passage, it is clear that children and infants were to assemble with all the rest of the people. There are similar descriptions in Deuteronomy 31:10–13, Joshua 8:34–35, Ezra 10:1, and Nehemiah 12:43. In each of these passages, specific mention is made of very young children, even under two or three years of age. In the New Testament, we find the example of our Lord Jesus Himself. In Matthew 19:13–15, Jesus not only blesses the children who have been brought to Him, but also rebukes those who would prevent them from approaching Him:

Then some children were brought to Him so that He might lay His hands on them and pray; and the disciples rebuked them. But Jesus said, “Let the children alone, and do not hinder them from coming to Me; for the kingdom of heaven belongs to such as these.” And after laying His hands on them, He departed from there.

Jesus not only insists on blessing these children, but later (in Matt. 21:15–16) we find Him accepting and delighting in the worship and praise of the children in the temple.

But when the chief priests and the scribes saw the wonderful things that He had done, and the children who were crying out in the temple and saying, “Hosanna to the Son of David,” they became indignant, and said to Him, “Do You hear what these are saying?” And Jesus said to them, “Yes; have you never read, ‘Out of the mouth of infants and nursing babes Thou hast prepared praise for Thyself?’” Matthew Henry’s Commentary on the Bible says this aboutthe passage: Praise is perfected out of the mouth of such; it has a peculiar tendency to the honor and glory of God for little children to join in his praises; the praise would be accounted defective and imperfect, if they had not their share in it; which is an encouragement for children to be good betimes, and to parents to teach them to be so; the labor neither of the one nor of the other shall be in vain.

We see from these two passages in Matthew that including our children in our worship of the Lord is something we owe not only to our covenant children, but also to our Lord.

If we raise our covenant children in the worship of our Lord, we train them for joyful service in this life and the life to come. May God grant that we can say to them what Paul said to Timothy, “that from childhood you have known the sacred writings which are able to give you the wisdom that leads to salvation through faith which is in Christ Jesus” (2 Tim. 3:15).

Brenda Mix is a member of Hillcrest PCA in Seattle, Washington, and a student at Westminster Theological Seminary in Escondido, Calif. She quotes the NASB.