REVIVAL OF INTEREST IN CALVIN

One of the most striking facts about the British theological scene is the revival of interest in Calvin over the past fifteen years. Since 1949 the Institutes has been back in print and, despite the inferiority of Beveridge’s translation, selling well. We have also had English editions of the 1537 Instruction in Faith and Calvin’s sermons on Isaiah 53, and a volume of selections in the Library of Christian Classics series. In addition, A. Mitchell Hunter’s Teaching of Calvin has been reprinted, Niesel’s Theology of Calvin and Quistorp’s Calvin’s Doctrine of the Last Things have been translated, and a number of important new studies have appeared, among them Calvin’s Doctrine of Man, by T. F. Torrance, Calvin’s Doctrine of the Word God Sacrament and Calvin’s Doctrine of the Christian Life, by H. S. Wallace, and The Oracles of God (on Calvin’s preaching) and The Doctrine of the Knowledge of God, by T. H. L. Parker. These last three authors, however, tend to read Calvin through Barthian spectacles, and seem to regard the confessional Calvinism of the Westminster standards, Owen, Turretin, and the old Princeton school as a wrong turning, just as Barth himself does. Their work, therefore, has little direct bearing on the fortunes of the kind of Calvinism in which I imagine that the readers of TORCH AND TRUMPET are most interested.

The ecclesiastical bodies which effectively maintain confessional Calvinism in Britain today are few and small The Free Church of Scotland, the rump of the 1843 Disruption which stayed outside the lillian of 1929, is the largest of these; but the center of its strength is the rural Highlands, and its numbers dwindle steadily as the Highland population grows less. The Irish Evangelical Church, a Presbyterian breakaway led by the indefatigable W. J. Grier, is a very small group centered on Belfast, whose future is somewhat problematical. Calvinistic Baptist churches have tended for decades to be static and insular. The most thriving and influential Reformed cause in the country is probably Westminster Chapel (Congregationalist) in London, where a congregation of a thousand sits under the distinguished ministry of Dr. D. M. Lloyd-Jones. The Church of Scotland and the Presbyterian churches of England, Wales, and Ireland no longer bind themselves to the theology of the Westminster Confession. 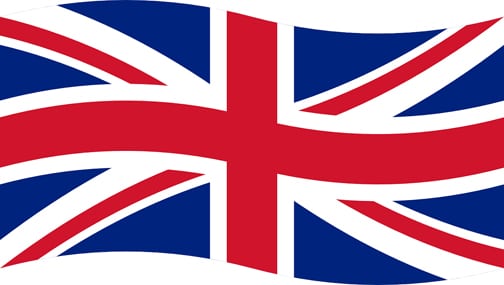 CALVINISM IN THE CHURCH OF ENGLAND

The largest ecclesiastical body in Britain is the Church of England. This has more of Calvinism in its constitution and history than is commonly realized. Its Thirty-nine Articles, liturgy, and first half-century of history after the Reformation, all stamp it unambiguously as one of the fellowship of Reformed churches. Moreover, although its official policy has tended to obscure its Reformed character since Restoration days, it has not lacked within itself a body of uncompromising Calvinists for more than two hundred years. Indeed, when Spurgeon died towards the close of the last century, the most forthright and clear-headed spokesmen for the Reformed faith in England were Anglican Evangelicals: Dimock the most learned, Litton the best theologian, and Ryle the most powerful and popular writer. Since their time, Anglican Calvinism has been largely in eclipse, but we may hope that the tide will soon start to turn.

SIGNS OF NEW INTEREST IN THE REFORMED FAITH

It would be true to say that conservative Evangelicalism throughout the British Isles today has certain well-marked common features. Its characteristic interests are personal piety, evangelistic activity and children’s work: its characteristic failings are pietism, activism and childishness. Intellectually, it is not virile. And it decidedly distrusts Calvinism. But at present its spirit is one of unrest and self-questioning. It is coming to be feIt that the grooved pietism of the past half-century has been shallow and inadequate, and that a broader, deeper, more positive outlook is needed. What British Evangelicalism is seeking (really, if not always consciously) is a theology; and it is not, perhaps, surprising that in this situation a new interest is being taken, among younger age-groups particularly, in the only theology that the Bible knows—the Reformed faith.

Three signs of this new interest may be mentioned. One is the annual Puritan Studies Conference, which it has been the present writer’s privilege to organize since its inception. This Conference meets to study the work of the seventeenth-century successors of John Calvin and to consider its present-day relevance. In less than ten years its attendance has grown from just over twenty to just over two hundred. The second sign is the formation of tho Evangelical Movement of Wales by a group of young ministers and layfolk whose roots are planted deep in the Welsh Calvinistic Methodist tradition, the tradition created by Howell Harris and Daniel Rowlands and Thomas Charles. The third is the spate of republishing Reformed classics. The biggest operator in this field is the Banner of Truth Trust, which in under two years has put on the market at comparatively low prices over two dozen volumes ranging from Berkhof ’s Systematic Theology to Jonathan Edwards’ sermons and Calvin’s commentary on Joel. Over six thousand of these volumes were sold in a single month earlier this year. The reappearance of Bishop Ryle’s books, the new edition of Luther’s Galatians and the new translation of his Bondage of the Will, may also be mentioned in this connection. No movement, of course, can live a healthy mental life on a diet of nothing but reprints; but, in the absence of effective new writing from a Reformed standpoint, we must be profoundly thankful that the reprints are available and are being so widely read.

WHAT OF THE FUTURE?

What of the future? The new movement has a long way to go, for at present it has no significance ecclesiastically and is viewed with suspicion by many conservative Evangelicals. Its next task is to gain the confidence of the latter by relating itself constructively to the pastoral and evangelistic preoccupations of the British Evangelical mind. Then it has to learn to make an effective, forward-looking contribution to present-day theological discussion. At present, nourishing itself principally on old books, it is largely out of touch with current debate, and thinks vigorously only on a few topics of direct interest to itself. To develop its intellectual life, it needs more avenues of literary expression. The only British journal avowedly devoted to Reformed interests is the Evangelical Quarterly; though it is good to note that the accomplished Dr. P. E. Hughes, translator of Pierre Marcel’s Biblical Doctrine of Infant Baptism (a fine piece of regular Reformed dogmatics) and editor of the International Reformed Bulletin, has recently become editor of the Anglican Evangelical quarterly, The Churchman. Again, a tradition of effective preaching has to be built up. Calvinistic preaching in Britain has in the past tended to be too narrowly pietistic, and there is need of a broader declaration of God’s sovereignty over man and the world than the preaching of the new movement us yet provides.

It is true that, numerically, confessional Calvinists are only a small handful of the British conservative Evangelical constituency. But their numbers are increasing, and the lead which they alone can give is urgently needed. It is a good time in which to be serving God as a Reformed Christian in Britain. A great task lies before us, but we have a great God with us, and the cause is not ours, but his. May he revive his work among us; and the glory shall be his alone.