From this hour I ordain myself loos’d of limits and imaginary lines, Going where I list, my own master total and absolute.

Whitman’s vision of ultimate freedom, contemptuous of history, boundaries and authority, is the reigning spirit of Western culture. It has even impacted religion and spirituality.

Spirituality is currently said to be making a “comeback.” Everybody seems to be interested in it. Religion is out and spirituality is the new buzzword. Man is “incurably” religious by nature. There is a hunger for some experience with the divine. But this spiritual quest does not concern itself with absolute truth or with God. It is a search for religious goods which will satisfy private spiritual needs. It is a spiritual journey traveled without a reliable map. And the assumption is that everything spiritual must be good. The phenomenal rise of new cults and religions is seen, by and large, as a genuine spiritual revival. Margaret Atwood, celebrated Canadian author and an agnostic, said in a Vancouver Sun interview that she avoids religion but compensates for it in spirituality. The Vancouver Sun commented that she is especially spiritual. “She is drawn to spiritual parables, poetry, metaphors and riddles, whether Sufi, Christian or Shakespeare.” Spirituality is applauded. Some even claim that one criterion for advancement in our society is that you must be “spiritual.” It is supposed to make a person more sensitive, more real, and more in tune with today’s world.

Why this widespread interest in spirituality? Many have become disillusioned with socialism, communism, scientism, and consumerism and have begun to look for deeper meaning in life. They’ve turned inward and begun to search for their soul. This craze for spirituality has coincided with a period of history which witnessed the rapid decline of mainline church membership. Canadians turned away from Roman Catholic and Protestant churches in droves, while more conservative churches made large gains in membership. Mainline churches were strong in preaching a social gospel and were active in political evangelism, but failed to teach basic doctrines, and, consequently, were unable to meet the spiritual needs of their members. As many gave up on the mainline churches, they sought to meet their spiritual needs by subscribing to religiOns and cults outside of Christianity, or abandoned religion altogether. This accounts for the dramatic rise of interest in eastern religions, the occult, witchcraft, and even Satanism. 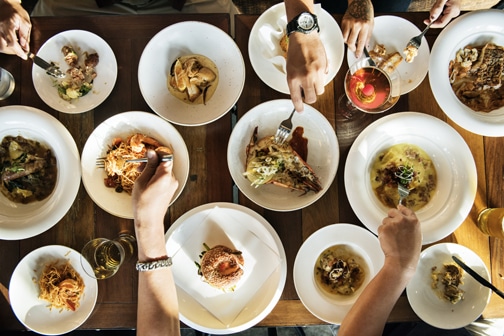 How do we define spirituality? In the past it described a person’s spiritual life, particularly in connection with those religious practices which are related to it. Spirituality included such virtues as faith, hope, love, thankfulness; it also included things such as prayer, Bible reading, meditation, family devotions and church attendance. Because our society has lost its Christian consensus, spirituality has become such an ill-defined word that it now covers all kinds of phenomena, trends, and ideas which an earlier generation of Christians would have dismissed as error or even as “paganism.”

In one of his frequently quoted remarks, G.K. Chesterton said that when people lose faith in God, they don’t believe in nothing, they believe in anything. An apt description of today’s spirituality! The word has been drained of its historic meaning. It has become very ambiguous. It is often used in a vague manner without any dear meaning.

The postmodern man says there is no absolute standard of truth. He defines spirituality according to his own preferences. He wants to have a spiritual experience, yet he totally lacks any understanding of the language and the symbols of the Christian faith. He believes there are many spiritual pathways, which are all equally true. This poses a real dilemma and a challenge for any church seeking to be faithful to the historic Christian faith.

Some define spirituality as an “openness to the transcendent dimension”; others speak of “the experience of the ultimate reality” or the “reaction that faith arouses in religious conscience and practice.” Many view spirituality as some kind of “interiority”; the idea that each human being can make contact with the divine within himself. These definitions and descriptions consider spirituality essentially from a purely human perspective. Contemporary spirituality undergirds faith in man. It is another high sounding term for “me-ism.” Baby boomers exemplify this new phenomenon. They promote, commercialize and package spirituality with diet, health, job performance, counseling, hiking, and mountain biking.

Being spiritual in the nineties can mean intense involvement in the environmental movement. “I’m not religious in a conventional way,” said a leading European environmentalist, “but, there is a strong spiritual dimension in my life.” David Suzuki, a scientist and Canada’s environmental guru, claimed that in our total preoccupation with exploitation and consumption, we have become impoverished spiritually. He noted that “the ultimate source of solace, inspiration and sense of place has always been nature.” Britain’s Green party calls for a recognition of “the spiritual dimension of our lives.” Its spirituality is earth-centered.

Contemporary feminist spirituality has its roots in neo-paganism. It argues that women must create a new society based on values which differ from those traditionally offered by a “male philosophy” or a “male religion.” Some feminists turn to ancient myths; others are reclaiming goddesses from ancient pagan beliefs. Many women have formed their own spiritual circles to create their own rituals and rites. And some practice witchcraft. Naomi Goldberg asserts that witchcraft is the only Western religion that recognizes the image of women in their own right. All those feminists claim that they are more spiritually aware than believers in Christianity. But feminist spirituality resembles something a lot more like a political, social, and sexual liberation agenda than a quest for religion.

And there is, of course, the spirituality of non-Christian religions—Hindu, IslamiC, Buddhist, and native Indian spirituality. Steve Turner, a Christian poet and journalist, wrote:

In secular discourse, spiritual can refer to anything that cannot either be tested in a laboratory or bolted to the floor. Rock musicians are “spiritual” if they play whimsical music; anyone with a fascination with the occult is “spiritual”; and, of course, anything New Age is automatically “spiritual.”

The postmodern man is busy creating his new gods to meet his inner needs. He has departed from the Christian faith and travels blindfolded on the destructive road of “neo-paganism.”

Joseph Ernest Renan (1823–92), French historian and philosopher, once said, “The gods go away only to make room for other gods.” He was right. Our secular age is busy grinding out idols—new and old.

Many Christians have become confused by postmodern cafeteria style spirituality. And New Age spirituality has also muddied the waters. Its growth has been phenomenal. New Age ideas frequently and subtly appear in the daily press, magazines, movies, public schools, and self-help books. All the secular bookstores I have visited have a large New Age section. And New Age practices have even infiltrated churches. Some Christians defend the widespread New Age belief of reincarnation. The Community Congregational Church in Tiburon, California, attracted a growing number of members through services featuring Tibetan prayer bells, Buddhist chants, and various forms of meditation. Mrs. Clinton, an adherent of the Foundry United Methodist church, whose pastor is a prominent defender of gay rights and the abortion license, has meetings with “Doctor” Jean Houston, a New Age gum. Houston promotes the Greek goddess Athena as a “spiritual archetype” and is regarded as an expert at helping people “to live more intensely.” Diane Knippers of the Institute on Religion and Democracy commented: “Her (Mrs. Clinton’s) church has failed her. Like many Americans, she has sadly sought spiritual meaning outside Christianity.” New Age has also infiltrated theological institutions. For example, the Annand Center for Spiritual Growth at the Berkeley Divinity School at Yale University has on its board liberal Protestants, Roman Catholics, and a Hindu spiritual master in the Vedic tradition.

New Age thought is based on Eastern mysticism, pantheism, Gnosticism, and self-actualization philosophy. It makes no distinction between the Creator and His creation.

The two are one God is viewed as an “it”—a force of intelligence and consciousness throughout creation. The emphasis is on the actualization of the human potential. New Age adherents have no sense of community. They are traveling on their own through a spiritual wasteland. In other words, New Age is a lone ranger spirituality.

Some popular TV shows are cashing in on spirituality. Shows with prominent religious themes have done well in their ratings. Writers and producers have noticed that religion is of interest to many viewers and provides good story material. Dr. Huston Smith, renowned comparative world religion scholar and confused Methodist, discussed with Bill Moyers his personal encounters with six of the world’s main religions in a five-part series on PBS. Huston is a self-described mystic who claims to be a Christian whose faith needs to be shored up by drawing upon the teachings of other religions to satisfy his soul. He said:

My body belongs to the Faith into which I was born and I will be buried in it. But you’d have to label me a Confucian Methodist. My loyalty to the church is a kind of ancestor worship…One needs the outward discipline and order of one faith. But at the same time, it would be ridiculous to cage the spirit. It goes where it desires.

The spirituality featured on television can take on bizarre forms. One talk show featured an astrologer, a clairvoyant, and a psychic. They were supposed to counsel troubled individuals. No wonder so many in our society are so very confused about religion and themselves.

New Age has also infiltrated business. Various businesses provide New Age training for their employees. Training sessions often include hypnosis, meditation, channeling, and even tarot cards. Attendance is not always Voluntary. It is sometimes mandated by major employers such as Pacific Bell, California’s largest utility company. Even Ford Motor company has offidallyenlisted New Age consultants. It is estimated that the business sector spends four billion dollars a year to finance New Age programs. Dr. Richard Neuhaus, editor-in-chief of the conservative monthly First Things, was once invited to speak at a workshop of the top executives of the Fortune 500 company. He said that his talk from a Christian perspective was a bust. That was not what they wanted. They were interested in New Age gurus, friends of the inner child, advocates of male vulnerability, feminist opponents of hierarchical organizations, and socialists who lay on a guilt trip about making money.

It is obvious that Christians must study the times. All that glistens is not gold. Not every spiritual experience is of God. This is a purely fictitious spirituality which has its origin in the depth of hell. The kingdom of darkness can masquerade as light and turn truth into a lie. The history of the Old Testament church shows how easily God’s people can be led astray. Many forms of spirituality are clearly demonic. They please Satan, the father of lies. Many who have embarked on a spiritual journey have done so without relying on God’s safe guide—the Bible (Psalm 119:105). The root of Christian spirituality ties in the answer to the question: “Who is God?”

To talk about the Trinitarian God — the basis for life’s meaning. Instead of accommodating to faddish spirituality, the church should seek to change it through faithful Gospel proclamation and witness. There is a widespread hunger for the sacred, for that which transcends the conflicts, uncertainties and trials of everyday life. Our bewildering times are opportune for pointing to the true spirituality in Christ. And to offset postmodern and New Age individualism, the church needs to emphasize and practice the community of the saints. A Christian does not journey alone; he is always in the company of other believers.

This article is reprinted from Reformed Perspective, January 2000.

Rev. Johan Tangelder is a retired minister of the Christian Reformed Church who resides in London, Ontario, Canada.