“But you, Bethlehem Ephrathah, though you are little among the thousands of Judah, yet out of you shall come forth to Me The One to be ruler in Israel, whose goings forth have been from of old, from everlasting” Micah 5:2 (NKJV).

At this time of the year we hear people referring to the Christmas Story. Unfortunately sentimentality encourages us to make it just that-a story. But Micah the prophet alludes to the Christmas Story as a redemptive reality. He prophesies about Bethlehem Ephrathah because it tells the Redemptive Story from the history of the Old Testament. 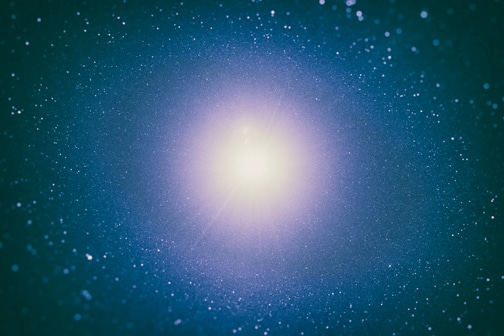 Bitter grief is the first to put Bethlehem Ephrathah on the map of Israel’s history. While traveling from Bethel Rachel gives birth to Benjamin—the pride and joy of Jacob the patriarch. The intensity of labor eventually takes its toll and she dies. History reports that she “was buried on the way to Ephrath (that is, Bethlehem). And Jacob set a pillar on her grave, which is the pillar of Rachel’s grave to this day” (Gen. 35:19,20).

However, this ancient tombstone commemorates more than just bitter grief. It testifies about covenant promise. Later, when Jacob sits in Egypt he points back to Rachel’s grave as evidence of God’s promise. He remembers covenant. The tombstone in Canaan reminds him of the blessings of posterity and land (Gen. 48:1–7). That explains the first of the ancient tombstones associated with Bethlehem Ephrathah.

Several generations later wedding bells ring with excitement in this little village. Ruth the foreigner is marrying Boaz. Their marriage begets Obed and Obed begets Jesse the Ephrathite of Bethlehem (I Sam 17:12). And Jesse begets David (Ruth 4:21,22). Then Samuel comes to anoint David as king, the little village can commemorate the covenant again (I Sam. 16:1,13). Using covenantal language the LORD speaks to David, “I took you …to be ruler over My people, over Israel. I will set up your seed after you, who will come from your body, and I will establish his kingdom…and I will establish the throne of his kingdom forever…And your house and your kingdom shall be established forever” (II Sam. 7:8–17).

Political prosperity awaits David and his descendants, but tombstones litter the landscape of history by the time of Micah. Repeatedly history sings the refrain of the funeral dirge, “So the king rested with his fathers in the City of David.” When Micah begins prophesying, ten generations of Judah’s kings already sleep with David the Bethlehemite under a tombstone in Jerusalem.

Micah’s prophetic work seems to speed up the tempo of the funeral dirge. He addresses covenant people (particularly leaders,3:1,9,11) who follow the godless momentum of their ancestors. They are guilty of making carved images (1:7); of plotting evil (2:1); of violently stealing inheritances (2:2); of insulting the Spirit when He speaks by the prophets (2:6f); of hating good and loving evil (3:14); of abusing priestly, prophetic and kingly offices (3:5,9,11); of cheating and lying (6:11,12); of withholding rightful praise and thanksgiving from God (7:1).

The LORD does not look kindly upon the godlessness of His covenant people. Under the ministry of Micah they feel the weight and the heat of God’s judgment against them. The Sovereign LORD assures them of their destruction. By an Assyrian invasion He will make the northern tribes into a heap of ruins (1:6). Afflictions strike even in Jerusalem with incurable wounds (1:9). Godless living fuels His wrath to devise disaster against them (2:3f). In no uncertain terms He promises to hide His face from them. When their leaders cry for help His deaf ear will ignore their plea (3:4). Just as a woman suffers the pangs of labor so the descendants of Jacob must wince at the pain of judgment (4:9f).

Through Micah’s prophecy the people learn that covenant means more than just warm benevolence (3:11,12). Consistent with the terms of the covenant Micah delivers fiery condemnation on the evil rulers. He denounces false prophets and predicts their desolation.

The consolation in chapter 5:2 seems almost impossible. Besides the morbid history of a Judean village and the demoralizing state of affairs, Bethlehem Ephrathah is said to be little among the thousands. In order for a centurion to have military standing he had to have one thousand men under his command. That same military Which is also necessary to establish a bona fide political entity. In other words, Bethlehem Ephrathah has no political clout. She can barely govern herself. Yet ironically the LORD promises, “…out of you shall come forth to Me The One to be ruler in Israel.”

Such a promise points toward redemption. Every of office in the Old Testament exists for a redemptive purpose. They serve the cause of salvation. It is seen most clearly in the priestly office. Daily they offered sacrifices to cover their sins. Without their work Israel could not worship. The prophetic office sounded the voice of the LORD. Godly prophets mapped out the path of obedience by their warnings and instruction. Without their leadership Israel could not enjoy communication from God. The kingly office was designed to bring godly order to the political and civil dimensions of life. It was to promote godly living by punishing the wicked and protecting the righteous according to the divine standard of holy justice. But in Micah’s day all the offices are lying in shambles which means their relationship with God lies in shambles.

Unlike all the previous and present rulers in Israel, Micah prophesies about One “Whose goings forth have been from of old, from everlasting.” In this roundabout way the prophet tells his audience that the Ruler comes with a divine nature. That means the prophecy of One to be ruler in Israel promises to bring the godless chaos to an end and to establish orderliness. For some that means the Ruler comes with all the splendor and majesty of royalty. He guarantees a right relationship with God where worship is truthful, communion with God is sweet, and obedience to His law is a delight. For others the Ruler comes with all the horrors and terror of righteous judgment. He assures the exercise of holy justice upon the ungodly, disobedient and complacent. His just sentence imprisons them for all eternity where they weep and gnash their teeth.

This purges all sentimentalism from the Christmas Story because Luke 2 sets the stage in Bethlehem. Repeatedly Luke alludes to the redemptive reality of Micah’s prophecy. He tells us that “Joseph also went up from Galilee…to the city of David, which is called Bethlehem, because he was of the house and lineage of David…” (2:4). In v.11 he records the angel’s announcement to the shepherds, “For there is born to you this day in the city of David a Savior, who is Christ the Lord.” Excitedly the shepherds agree, “Let us now go to Bethlehem and see this thing that has come to pass, which the Lord has made known to us” (2:15). Therefore the Babe in the manger comes as The Ruler to reign with royal splendor and to judge with all the horrors of justice.

There can be only two responses to the redemptive reality of Jesus’ birth: humble submission or proud rebellion. King Herod rebelled. At the time of Jesus’ birth he felt the threat of Micah’s prophecy. Instead of joining the wise men in worship Herod plotted in the spirit of the anti-Christ by scheming to put the Christ-child to death. During Jesus’ public ministry some of the Jews proudly ignored Christ’s birth in Bethlehem. They rejected His Messianic status because of His childhood in Galilee (John 7:42). Our greedy culture might continue to commercialize and ignore the Christ. Tinsel, lights, wrapping paper and traditions may threaten to detract from the Redeemer’s birth. But nothing can change the reality that Christ has come forth from Bethlehem to be Ruler.

Only humble submission to the heavenly King makes comforting sense out of the Christmas Story. His birth is an act of redemption. Without His humble birth we cannot and will not worship—truthfully. Without His birth we refuse to have fellowship with God our Creator. Without His birth we selfishly guard our own kingdoms and promote our own agendas. If that’s the case then our lives start to sound as miserable as the Israelites in the days of Micah. For that reason we must rehearse the Christmas Story as a redemptive reality.

As you look forward to December 25 you must also remember (with Micah’s audience) that Jesus the Messiah will return as the Ruler—to reign and to judge. How do you see Him now? How will He meet you when He returns?