We have looked at a variety of ways in which parents can cause their children to harden their hearts against the Lord by their personal conduct: a divided home, making of demands we do not fulfill ourselves, playing favorites, belittling our children or discussing their faults with others.

But parents can also harden their children through the demands or rules they impose. 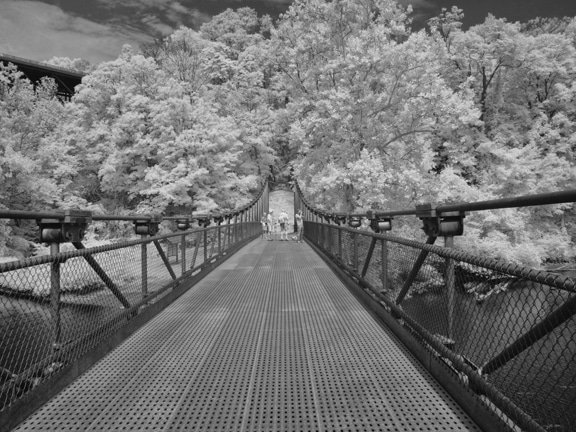 Parents can impose unjust demands upon their children. They may require, for example, that a teenage son or daughter babysit almost every Friday night while mom and dad go out for dinner, making it impossible for son or daughter to attend any school games or get-togethers. They may require that their son do all the yard work in addition to the schoolwork and private job he already has, or the daughter to clean the entire house each week in addition to a heavy school load and music practicing schedule she already carries. There may be situations of crisis or need when such demands are necessary, in which case most fair-minded young people will be happy to help. But if it is demanded simply to satisfy the whim of a negligent parent, it causes resentment which produces sour soil for spiritual development.

Parents can build walls by being unreasonable in the types of style they command or forbid. The question of the kind of fabric of which a garment is made, for example, differs from that of the length of skirts or adequacy of bathing suit coverage. The latter two are moral issues where the first is not. Parents can be unreasonable in the curfew hours they set for dating couples. They may insist on a 10:30 pm curfew in all circumstances. How much better to discuss with son or daughter the ending time of the event to be attended, the traveling distance involved, some time for a snack, and then set the deadline. Maybe it will be 10:30; maybe it will have to be 11:00. The point is, there has been fairness on the part of parents in determining curfew time. This creates trust on the part of the young people and establishes restrictions at the same time. Resentment will likely be minimal. (Today the greater danger is that parents set no curfew at all—which courts disaster and can do irreparable harm to our teens.)

Parents can also impose too many rules in which case either of two things can happen. Either the parent becomes an 18–24 hour policeman regimenting every movement to see that all rules are enforced, or the parents end up letting many infractions go unnoticed and unpunished, thus losing the respect of the teen. Neither situation build the bridge to good communication so necessary between parents and children.

Parents can also build walls by the way they administer punishment. Sometimes parents issue idle threats which they know (and the children know) they will never carry out. A persistent pattern of idle threats makes children dull of hearing and insensitive to the commands of their parents. The result is a deterioration of respect from child to parent. When a parent makes a threat, he or she must keep it. But be very careful how the threat is worded.

Parents can sometimes impose unfair punishment. One day I was preparing ingredients to make a cake. My little five-year-old son noticed I had not gotten eggs out, so without my knowledge or direction, he proceeded to open the refrigerator and get them out. You guessed it. The weight of that heavy box was too much for his tiny fingers and the whole dozen eggs went crashing on the floor I had just scrubbed. My instantaneous reaction was irritation and determination to scold for doing something without being instructed to do so and spoiling my newly washed floor. But thankfully, before the first word was uttered, it occurred to me that my little son’s motive was love; he wanted to help me bake the cake. That realization melted me.

I hugged him, dabbed away a few of his tears and said, “That’s alright honey. How wonderful that you wanted to help mommy. We’ll just wipe this up fast, buy some more eggs and we will be all set to go again. Right?” He nodded with a smile, happy that his love had been recognized. I am not always that wise, sad to say. But the incident taught me once again how important it is to be sensitive to the motives or feelings which lie behind the words and actions of our children.

Parents can also administer punishment which does not match the offense. I hesitate to cite examples here because, to a certain extent, this is a subjective thing with many variabIes—the number offenses committed, the quality of the offense, the person or institution against which the offense was committed, and other conditions. However, I have often seen rebellious attitudes develop in children when a parent in wrath levies a heavy penalty for a comparatively small offense. And it often happens that another larger offense may be committed by the same child or another child in the family which does not happen to bother the parent; so that offense, which is in reality more serious, goes almost unnoticed. Such arbitrary punishment, levied because of the subjective feelings of a parent, will, if it becomes a habit, ineVitably produce in the child a resentment and loss of respect for the parent. This will hinder spiritual progress.

Closely related to this is an all too common practice of inconsistency of discipline on the part of parents. This inconsistency can occur in two ways. In one type of situation, a parent may issue a threat and then neglect to carry it out. “Johnny, you must finish the food on your plate or you will not have dessert!” Johnny does not clean his plate and moments later he is enjoying a big ice cream cone with the rest of the family. Mother has either forgotten her threat or chosen not to enforce it. Johnny loses respect for her, even if it be subconsciously. He trains himself not to take her commands seriously.

The other type of inconsistency occurs when Johnny is spanked for crossing the street without permission on one day and allowed to cross without comment the next day. The result is confusion and resentment. If mother cannot be trusted to keep her word in small matters, why should a child attach significance to what she says on large or serious matters?

The task of parenting is a solemn and serious one. We can never do a perfect job and we can never do it without God’s help. But that should not cause us to throw up our hands and give up trying. It should spur us on to prayer, searching the Scriptures, and applying greater effort.

We will see growth in our own lives and those of our children if we do God’s work, God’s way. We will build bridges—not walls.