The charge of breaking unity is frequently being leveled against those who leave the Christian Reformed denomination. They are called “schismatics” because they can no longer, in good conscience, remain within the CRC.

This is a very serious charge—breaking unity. In His high-priestly prayer, Christ prayed that His followers would be united: “Now I am no longer in the world, but these are in the world, and I come to You; Holy Father, keep through Your name those whom You have given Me, that they may be one as We are” (John 17:11 NKJV). Paul also begged the church in Ephesus to be united: “I, therefore, the prisoner of the Lord beseech you to walk worthy of the calling with which you were called, endeavoring to keep the unity of the Spirit in the bond of peace” (Ephesians 4:1,3). 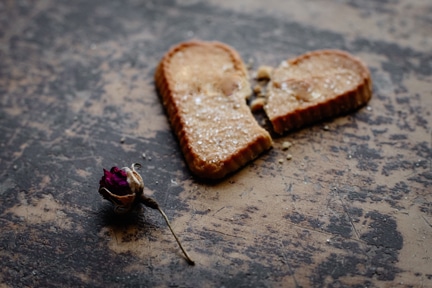 Whenever we recite the Nicene Creed, we say the words: “And I believe ONE holy catholic and apostolic Church.” We therefore confess to believe that in one sense at least, all believers are united. We are all called the children of God; we are all “heirs of God and joint heirs with Christ”; we are Christ’s flock; we are His bride. And one day we will raise our voices together with the angels and sing: “Worthy is the lamb who was slain to receive power, and riches, and wisdom, and strength, and honor, and glory and blessing!” But while we remain in the world, we are unable to come to a united consensus on the whole counsel of God. There are differences, for instance, in our understanding of the sacraments. There are differences regarding our understanding of the extent of God’s grace as it relates to our salvation. And, as John Murray states:

Though Reformed evangelicals and non-Reformed evangelicals may embrace one another in love, in the bond of fellowship with Christ, and cooperate in many activities that promote the kingdom of God and the interest of Christ’s church, yet it is not feasible, and not feasible in terms of commitment to Christ and to the whole counsel ofGod, to unite in creedal confession as the bond and symbol of ecclesiastical communion.1

However, those who are in agreement as to their interpretation of God’s Word ought to be united in their creedal confession. This is why the Christian Reformed denomination calls her confessions “The Three Forms of Unity” (The Belgic Confession, the Heidelberg Catechism, and the Canons of Dort). Our creedal confessions are the “bond and symbol” of our ecclesiastical communion. They are what bind us together. In other words,we are united on the basis of what we confess to believe.

Some who have left the Christian Reformed denomination have had their status declared “as that of one deposed from office.” Obviously our denomination takes breaking unity quite seriously, and rightly so. However, it is my contention that these strong measures have been misdirected. The charge has not been officially leveled against any who have seceded that they are teaching or writing something contrary to our Three Forms of Unity. In fact, I’m fairly certain that it is their desire to hold fast to these confessions as they have historically been understood. Might it be that they have left the denomination due to a steady erosion of our confessions within our denomination and the lack of discipline against those responsible?

No doubt many who are Christian Reformed are familiar with the adult study book entitled, A Place to Stand by Cornelius Plantinga Jr., Professor of Systematic Theology at Calvin Theological Seminary. The book is subtitled: “A Study of Ecumenical Creeds and Reformed Confessions.” This is a rather in-depth study of the historical creeds of the church and of our “Three Forms of Unity.” In chapter 23, Plantinga explains Articles 30–32 of the Belgic Confession which deal with church order, including the offices of the church. The last sentence of Article 30 reads: “By these means everything will be carried on in the Church with good order and decency, when faithful men are chosen, according to the rule prescribed by St. Paul in his Epistle to Timothy.” Plantinga’s comments on this are as follows:

He (De Bres) adds that faithful “men” must be chosen. Actually, he does not add that. The English translator does. DeBres’ word is personages which means “persons.” And persons, as at least half of us know, come in two kinds.2

Plantinga’s point is clear: allowing women in the offices of the church is permissible according to the “correct” reading of the confession, since women too, are persons. However, he deliberately failed to comment on De Bres’ final remark: that these “persons” be chosen “according to the rule prescribed by St. Paul in his Epistle to Timothy.” No matter how hard one may try. there is no getting around the fact that when Paul was writing to Timothy about the offices of the church (ITimothy 3), he specified men!3

Here, then, is a clear example ofconfessional erosion in the Christian Reformed denomination, andthis is breaking unity! This is schismatic! And the Board of Publications is no less responsible for allowing such disregard of our confession to be printed and sent to the churches! That, too, is breaking unity!

Those churches in the denomination that have gone ahead and ordained women to the office of elder have clearly disobeyed the decision of Synod 1992. But worse than that, they have acted in a manner contrary to Article 30 of the Belgic Confession, bringing greater turmoil and disruption in our already polarized denomination. This is breaking unity! This is schismatic!

We have been created to give glory to God. Although we must strive to do this at every point in our lives, it comes into even greater expression when we meet together with others in corporate worship. Because this is so vitally important, we have the responsibility to worship our God in a way that is pleasing to Him. The Reformers realized this, especially after coming out of the Roman Catholic tradition in which there were many human inventions. They desired to regulate worship according to God’s Word alone. Thus, Calvin and others adopted the principle that worship be done in no other way than what God has commanded in His Word. This is called the Regulative Principle of Worship.

The writers of our confessions adhered to this principle and included it in the confessions. Article 6 of the Belgic Confession states that “the whole manner of worship which God requires of us is written in them (the Holy Scriptures).” And Article 32 adds: “And therefore we reject all human inventions, and all laws which man would introduce into the worship ofGod, thereby to bind and compel the conscience in any manner whatever.” An even clearer statement is found in Question and Answer 96 of the Heidelberg Catechism: Q. “What does God require in the second commandment?” A. “That we in no wise make any image of God, nor worship Him in any other way than He has commanded in His Word.”

The reason I bring this up is because it is being denied by many influential voices in the Christian Reformed denomination.4 They argue that the Regulative Principle was held by the Presbyterians in Britain, but was not a part of the continental Reformed tradition. Although that claim is debatable, the issue here is whether or not our commonly held confessions hold to this prinCiple. And clearly they do! If there is any question as to whether the writers of the catechism intended the Regulative Principle to be followed in worship, one has only to read Zacharias Ursinus’ commentary on the catechism. On this matter Ursinus, one of the authors of the Heidelberg Catechism, writes: “To worship God truly is to worship Him in the manner which He Himself has prescribed in His Word.”5

The point is that when there are confessional matters that are not being promoted but, in fact, eroded, we should not be surprised to see the fallout that we are witnessing of late. Our standard for unity must be, first and foremost, the adherence to and the faithful promotion and defense of our confessions. However, we have slipped into the Roman Catholic error that unity is organizational loyalty. The churches that pay quotas and obey synod are the ones that show loyalty to the denomination, thereby promoting unity. This is unbalanced and extremely dangerous for Christ’s church.

When God’s Word speaks of unity, the basis rests on what we believe, on teaching and doctrine. In Scripture, those who teach contrary to the doctrine are the ones breaking unity. Romans 16:17 clearly supports this: “Now I urge you, brethren, note those who cause divisions and offenses, contrary to the doctrine which you learned, and avoid them.” Unity of organization is at best secondary to this.

I believe that if we had first noted and avoided those who were teaching and promoting ideas contrary to what our confessions teach, the individuals and churches that have left would still be with us. Unity would have been maintained. And isn’t this to be desired? Isn’t unity on this basis far more true and strong than unity of organization? Our denomination is part of Christ’s church, and we ought to make every effort to strive foe unity in accordance with His Word as taught in our commonly held confessions. May God strengthen our beloved denomination and give us the courage to be confession ally united and say “this is truth,” particularly at this time in history when the church, country and culture need it so desperately!