The first four volumes of this fine set are now ready. They are the work of the late Professor Homer Hoeksema, ordained minister and professor of Old Testament and Dogmatics at the Theological School of the Protestant Reformed Churches. These four volumes cover OldTestament history from creation (Genesis 1) through the settlement in Canaan (Joshua 24). The future volumes in the set will be the contribution of Professor David Engelsma who now teaches Old Testament at the seminary.

Originally written in syllabus form for Professor Hoeksema’s seminary students, these have now been edited by his son and put in a beautiful and more permanent form. Each volume is approximately 300 pages long, and is filled with history, Biblical exposition, and interpretation. Very few aspects of Genesis through Joshua are left untouched.

While they were originally prepared for seminary students, this ought not to scare anyone who loves God’s Word. They are valuable for Bible students and teachers alike. Their emphasis on God’s covenant faithfulness will warm the heart of every believer. These very readable volumes are a veritable treasure-store into which, when the believer dips, he will surely increase his spiritual wealth.

Rev. Jerome Julien is a minister in the United Reformed Churches of North America and currently serves as a Bible teacher at Zion Christian School in Byron Center, Michigan. 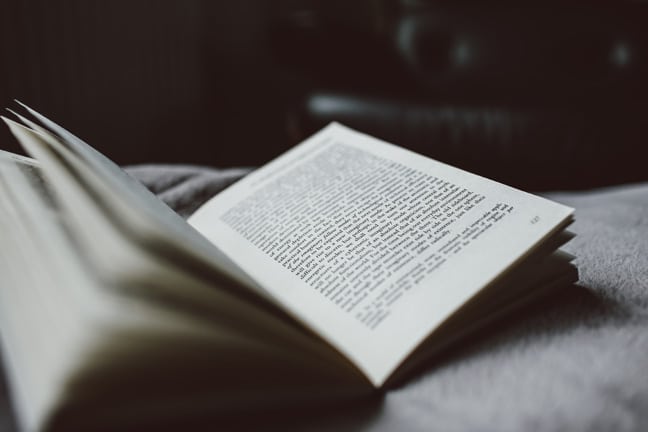 Jay Adams, in his characteristic way, lays out a program for discipline that makes it easy for the church board to follow. His simple plan and careful reasoning give confidence where the church has treaded with trepidation. If you want confidence as an elder or simply wish to be a better Christian, take this book as your resource. Pastoral ministry will always be better if a minister studies Adams’ books.

Before I tell you about this book, you need to know about the author.

Adams is an evangelical Presbyterian; that is, he belongs to that line of Christianity that is big on the Bible as the only answer for all of life. Hopefully that is your confession as well. He became known worldwide when he challenged the growing notion that the Bible, and therefore the minister, had little or nothing to say to the mentally “ill” or those trapped in problems requiring psychology’s aid. Alongside some secular psychologists who knew nothing of the fall’s reality, he helped shatter the myth of mental illness.

His answer (the Bible’s answer): all our problems are rooted in man’s sin and therefore all our answers are found in the revelation of God in the Scripture. There is very little that receives the title of mental illness that actually is mental illness. This is true whether I am a perpetrator of evil or a recipient of someone’s wicked deeds (a victim). Adams would maintain that even if I am debilitated because of someone else’s sins against me, it is still my sins that got me into that position: I failed to respond in a godly fashion to what was done against me in an ungodly fashion. Thus, I am always accountable to God for what I am and have become. When people are made to consider the root of their problem in their guilt and sinful responses to life, Adams found that the true believer in Christ can be equipped to be restored to peace with God.

shows the high standards I am used to in reading Adams. Good study, careful exegesis of difficult passages, and a thoroughly systematic treatment of the topic make this a text to be used by seminaries, elders, pastors, and any person concerned for the health of the Christian church.

While “remedial” discipline most often comes to mind when we hear the topic of discipline mentioned, we must also consider the other end of such a matter. That means “preventive” discipline is the way to a healthy church environment. Listen to what Adams says in another book (From Forgiven to Forgiving) about the church:

A forgiving community is made up of forgiven people who have not forgotten that fact. In pharisaical and legalistic communities, people have forgotten that it is only by the grace of God they are what they are. Or they find it possible to pretend they are better than they really are by conforming outwardly to biblical standards. Unless they are jogged from time to time by powerful and precise preaching, such communities gradually acquire the notion that they did not need forgiving all that much when they were saved—just minimally! But congregations at their best are composed of grateful people who do remember the pit from which they were rescued (Isaiah 51:1). They act neither shocked by sin in others nor superior to those in whom sin is found. (Amityville, NY: Calvary Press, p. 112)

That is a good description of a healthy church in relationship to sin and sinners. Such a climate fosters “preventive” discipline. That focus provides us with a climate of hope: when we work openly and honestly with each other we can expect the grace of God to grow in us through the regular contacts we sustain with Christians.

Another great highlight of this book (and one that makes it of interest to every Christian rather than just office-bearers) is Adams’ emphasis on self-discipline. Being self-disciplined will produce an atmosphere that will keep us from failure or hardness of heart should we find ourselves falling away or trapped by sin(s). Even when the formal procedure of corrective discipline is followed the end result should be to produce a restored believer living in self-discipline.

Each person in the church knows the pain of broken or unreconciled relationships. We must constantly try to restore such relationships or risk the condemnation that we are not the redeemed. This is a key to understanding what is basic about Christians. I would be surprised if in reading this chapter anyone could say that there is no one to whom they feel compelled to speak. Adams doesn’t write this way to increase our guilty feelings but to be faithful as an expositor of Scripture.

The next chapters, One or Two Others and Tell It to the Church, move us into the realm of the formal process of discipline. How do you know if you should progress to further steps? Who can decide about the future work of the church with this person? Listen to Adams: As long as a reasonable discussion of these questions continues, you cannot charge him with failure to lis

ten. But if the discussion ceases—if there is a failure to deal with issues in what you think is the biblical way and he tells you, in effect, “Look, we’ve said all there is to say on this matter. You are wrong and that is it”— you then have grounds for moving ahead. But you must first be sure that you have been willing to listen to him as well.

A repentant, forgiven sinner must be restored fully into the life of the church. Adams covers that topic in chapter 9, Restoring to Fellowship. Here he emphasizes forgiving and assisting the restored sinner (2 Corinthians 2:7). That means we give him “whatever help—and all the help” he needs to become a productive member of the body. Such an emphasis reminds us to be hopeful: some will return and follow the Lord.

Going back to chapter 8, Removal From the Midst, we find Adams’ discussion of excommunication. He takes pains to demonstrate that such an action is indeed “restorative” and “remedial.” He encourages us to look again at what we are really doing:

It is with reference to those whose sins become apparent that church discipline deals. It is not a process of separating all the tares from the wheat, but of separating from the church both tares and those who look like tares because of an unrepentant lifestyle. Church discipline is one of the two ways — the other being apostasy — in which the church makes a “judgment” about those who have a false profession of faith.” (see 1 John 2:19)

I have only ever had to preside over one excommunication in a church. The result of that event is yet unknown. I know that when it came to actually excommunicating that person, we all prayed with great diligence for a reversal in the heart. This chapter gives great encouragement to the officers of the church who want to be diligent in their work.

As with the Old Testament, so in the New, we find God using the world and Satan as a whip on His rebellious children. Their spanking produces an earnest desire to return and be restored. Of course, if nothing happens he is to be treated, according to Jesus, “as a heathen and a tax collector.” “This means that, while making no final judgment about his actual heart condition, the church is to treat him as if he were an unbeliever.”

How do you treat an unbeliever? Well, you evangelize him! Let him attend worship if he desires. Let him be a part of your functions. But share the good news with him so he repents.

Anyone who has ever served as an Elder knows that church discipline is an integral part of the church’s work. I hope many of us may learn from a saint who has done countless hours of research for us. Let our Councils and Consistories be found ready to use such practical material and the fear of God will grow in our midst.

Rev. Zach Anderson is the Pastor of the Seventh Reformed Church in Grand Rapids, Michigan. He serves on the Promotions Committee of the Reformed Fellowship Board.