This book is an evidence of the fact that theology, far from being a profitless study of abstract theoretics, has intensely practical application to modern man’s problems and ills. Why is man’s sinfulness so deep-seated and universal? And how did he get that way in the first place? What relationship to man’s basic need does the salvation wrought by Christ sustain? And how does it become the sinner’s portion in saving benefit? These are just a few of the basic questions to which this small volume, an exhaustive exegetical study of the pivotal passage of Romans 5:12–21, gives its attention.

The author, professor of Systematic Theology in Westminster Theological Seminary, Philadelphia, herein sets forth the ripe fruits of extensive learning on both the subject and views related with it which have arisen within the course of the Church’s history. He therefore first reviews and clearly points out the inadequacies of various alternative views of this Scripture passage such as the Pelagian (a repudiation of the imputation or transmission of Adam’s sin, thus making salvation a matter of individual works) and the Roman Catholic view (man’s sin consists in loss of original righteousness, a condition transmitted to posterity but not imputed from Adam, thereby doing away with the analogy of Christ’s imputed righteousness to His people in salvation). Even Calvin’s view is pointed out as essentially similar to Rome’s but differing in that he views depravity and not the loss of original righteousness as that which is transmitted (pp. 17–18). Hence, Calvin also fails to give proper recognition to the importance of imputation as taught in the passage and present in the analogy between Adam and Christ. Then, Prof. Murray shows that the Classic Protestant View alone does full justice to the teaching of the passage in that, while it docs not deny that the sin of depravity is transmitted (in fact, it also asserts this), it also fully takes into account the fact that man is born sinful because of his solidarity with Adam in his sin, Adam being the representative of all mankind and his sin being immediately imputed to his posterity. This is the reason why man is naturally generated in sin for, “the relation of natural generation to depravity is that by the former we begin to be and having begun to be we are necessarily sinful by reason of our involvement in Adam’s sin” (pp. 92–93). Hence, it can be seen that on this view full justice is: done to the Apostle Paul’s analogy between the first and second Adam in that from the first (Adam) mankind is involved in sin, condemnation, and death, whereas from the second (Christ) a redeemed humanity after the same fashion receives righteousness, justification, and life (p. 40).

This fresh presentation of the Classic Protestant View as the only fully adequate view of Romans 5:12–21 is most helpful and timely. It is helpful in that even scholars of Reformed persuasion such as Charles Hodge have Dot been immune to improper exegesis of this passage (pp. 72–85), or have been misrepresented as was Jonathan Edwards by the New England School of Theology (pp. 47–64), with subsequent widespread repercussions in American Presbyterianism through the influence of Its “New School” in the nineteenth century. Moreover, it is timely in that modem theological thought, while again becoming hospitable to the notion of solidarity in sin and guilt, is not, however, to be construed as returning to the Classic Protestant View. On the contrary, it would seem that such exponents as Emil Brunner and C. H. Dodd espouse some form of a modified Pelagianism fashioned upon Biblical myth rather than actual history (cf. pp. 5–6).

Study of this book is sure to bring its reward in a greater understanding of the issues involved in the scope of its theme, though its subsequent value as a tool Is somewhat marred by the absence of an index of any kind which, especially for names and subjects. would have been a valuable implementation. Moreover, because of its strictly theological milieu, not to mention an occasional untranslated Creek word or phrase in the text plus a majority of footnotes (some extensive) which are given in Latin, the book is essentially for the pastor and teacher of one trained in the disciplines of divinity. The intention of this last observation, however, is not to take away anything from the clarity of style, compelling analysis, and logical development of subject matter by which Prof. Murray has once again demonstrated both his mastery of theology and communication of thought.

Ministers, teachers, and theological students would do well to make this book required rending in their program of study. 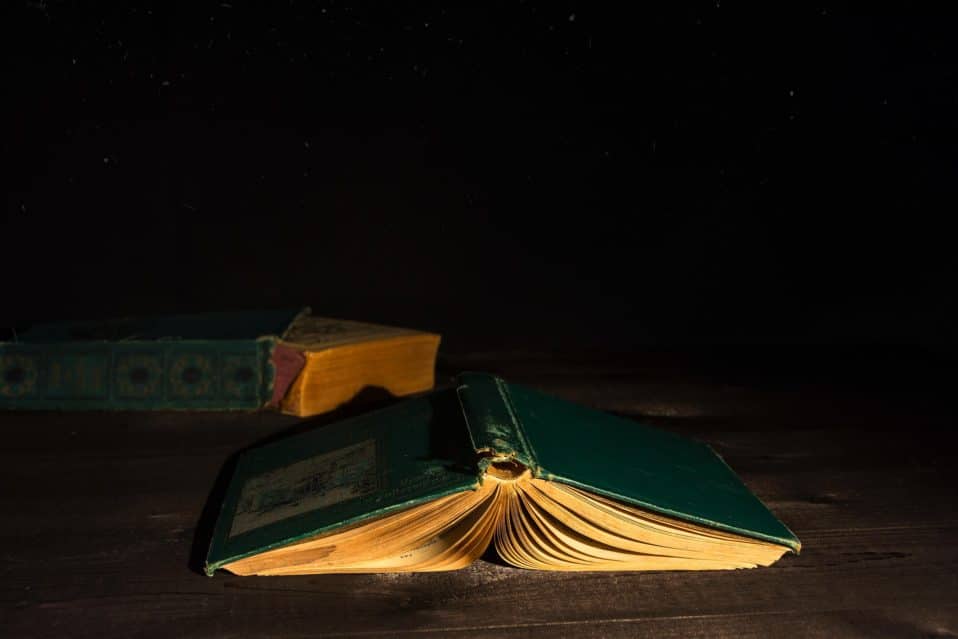 A new volume in the growing series of the commentaries published by Kok. All these commentaries are examples of excellent theological craftsmanship, and Gispen’s commentary on Numbers is no exception. Gispen is a very remarkable man; sitting next to you at a dinner-table he tells you the one anecdote after the other; he is a living book of illustrations; but writing at his desk he is the complete scholar, who never deviates from his subject. His: introduction gives evidence of the fact that he did not eat the forbidden fruit about which the Jewish Scholar Cyrus H. Gordon wrote in a recent issue of Christianity Today (Nov. 23, 1959). That forbidden fruit is the hypothetical source-structure JEDP and Prof. Gordon wrote: “I am distressed to meet ever so many intelligent and serious university students who tell me that their teachers of Bible have killed the subject by harping on the notion that biblical study consists of analyzing the text into JEDP.” Prof. Gispen rejects that hypothesis, and also the suggestions of M. Noth and G. Von Had, who speak of “blocks of tradition in this book, and question their historical reliability. Prof. Gispen accepts this book with all its contents as a part of the revelation of Cod about himself. He remarks that the will of God again and again gains the victory over the resistance of his sinful people. He goes on with the fulfillment of the promise of his covenant and leads his people to the boundaries oE the promised country. He also gains the victory over the enemies of his people. In safety Israel can follow its Lord to Canaan.

Moreover, Prof. Gispen points out the Christological meaning of this book: Christ is foreshadowed especially by Moses, the Mediator of the Old Testament. He is: to be found in the laws for the priests and the sacrifices. He leads his church, as a great multitude, which no man can number, into the land of rest, after having provided for her on her way through the desert.