Thine Is My Heart – Devotional Readings from the Writings of JOHN CALVIN, ED. JOHN H. KROMMINGA

The Calvinistic Community is greatly indebted to Dr. Kromminga and the Zondervan Publishing House for this anthology of Calvin’s thought in such a form that it can be enjoyed throughout the anniversary year of Calvin’s birth and achievements. The readings, arranged for daily devotions, are taken from the Institutes, Commentaries, Sermons, Letters and Tracts. There is even one for December 30 from Calvin’s Last Will and Testament on the words of Paul, “For I am now ready to be offered, and the time of my departure is at hand. I have fought a good fight, I have finished my course, I have kept the faith” (II Timothy 4,6, 7).

The selection of the readings is excellent, showing the breadth, balance, and sensitivity of the man and scholar of Geneva. The ardent and discerning reader will be stimulated in his study of the Scriptures by means of this guided tour in its rich gardens conducted by so eminent a student of the Word as John Calvin. Furthermore, in this book one detects the heartbeat of the Reformation, with its emphasis on the absolute authority of a divinely inspired Word, the priesthood of the believer, justification by faith through grace alone. This book also shows us Calvin not merely as profound biblical theologian that he was, but also reveals his love for the church and his pastoral concern for the saints, his deep sympathy and child-like faith. Thine Is My Heart deserves to be read by all the true children of the Reformation! 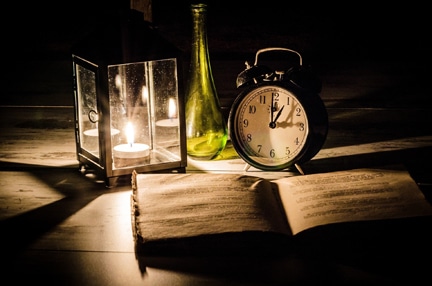 The first volume is a historical study of the apostolic age and is admirably suited as a text-book for college students or a hand-book for Bible study groups and an aid for personal study of the Word. Professor Purvis is introduced to us in the 1955 edition as “a conscientious scholar, a skillful exegete, careful in judgments and conclusions, zealous for truth.” He was professor of New Testament Literature and Exegesis at Princeton Theological Seminary from 1892 to 1900, before that bastion of the Reformed faith had fallen into the hands of the Auburn Affirmationists and the Barthians. We highly recommend this volume for church libraries and as a guide in society Bible study work.

George L. Robinson, the celebrated author of Leaders of Israel is still living and has written the preface for the 1955 edition of his book. He stands among those who accept the Mosaic authorship of the Pentateuch and the Davidic authorship of the Psalms as authentic and has now lived to see the day that the more radical schools of Higher Criticism have not been able to maintain their divisive views of Scriptures.

The approach of Robinson is that of Carlyle, “The history of the world is composed of the biographies of its great men,” and he presupposes the reading of the Bible by the student. This is as it should be. There is nothing more discouraging than to have an author simply paraphrase the contents of the sacred page and call it Bible history, as is done by Madear. On the other hand, the biographical method has its pitfalls too. In stressing the person of the recipient of divine revelation it often degenerates into psychologism—interpreting everything on the basis of personality. This common fault, however, does not mar this book; but I miss the emphasis on the covenant which would have given unity to the whole; the author also lacks enthusiasm and militancy in presenting the conservative view. The maps and outlines that the book contains are a great help toward understanding Hebrew history.

The five books that make up this series of meditations on the feast days of the church have been published separately, and bound in one volume, under the title, “De Verborgenheid Oer Godzaligheid.” Those familiar with this series of meditations will agree that they are indeed fresh and up-to-date. But that is not saying enough. There is present in this work a new insight into old truths that is refreshing and in· spiring. Neither the forest nor the single trees are neglected, that is, Scripture is opened to us as it must be seen in its broadest implications for all of life, while the individual person is by no means slighted. We can say it thus: Sacred history’s total message is made practical to the individual as he is taken up in it.

This work is the fruit of careful study and exegesis. But it is not written in such a way that the common layman cannot read it with profit. In fact this series of articles has been written to make the feast days of the church more meaningful for the layman, and we believe it succeeds in doing this in an exceptionally lucid way. We believe that this fine work can be recommended to all without any reservations.

The Deeper Faith by GORDON GIROD

Author Girod of the Reformed Church in America has written a clear, interesting, readable book on the Canons of Dort. In a forthright and Biblical fashion, he explains these five points of Calvinism. This is the type of book that would be good for one who has that typical yet strange idea that Calvinism is a horrible faith.

As a brief introduction to the Canons (without the Scripture readings and text of the Canons there are some 80 pages), this book will serve an admirable purpose. Such a book, however, should be immediately supplemented with other reading which deals with the many problems that arise in the minds of any thinking person who is confronted with these truths. such as: How do we relate human responsibility to divine sovereignty? Unconditional election is true, what are we to think of the sincere offer of salvation? How does common grace affect total depravity? (Girod stresses the “depravity” but not sufficiently the “total” in total depravity.) There are many popular objections to the Five Points, and a treatment of them would aid in the clarity of our thinking.

Every book, however, has a goal, and this one attains its object.