Woman in the Church

The writer of this book wrote to answer questions such as these: “What is the God-pleasing status of woman in the church? Are the Biblical restrictions which say that the women should ‘Keep silence in the churches’, and ‘I permit no woman to teach’, valid today” (p. 11).

The present reviewer would be happy to report that in his judgment the Reverend Mr. Prohl has succeeded in giving us a thorough and reliable study on the subject on which he writes, and that his conclusions are based on sound, objective exegetical findings. I am sorry to say that I cannot make these statements. After a careful reading of his book I cannot help but feel that the author’s exegetical study is rather subjective and biased.

To indicate the exegetical weakness which marks this book shall confine my criticism on this score to the author’s interpretive remarks on the first mentioned passage.

It is the author’s claim at the very beginning of his consideration of the passage in question that Paul here speaks of married women, and not of written in general. Quote: “Of who does this passage speak? It does not speak of women in general, nOr of Christian women in general, but it does speak of married women, of Christian wives.” Mr. Prohl reads I Corinthians 11:3 as if it said, “the head of the woman is her husband”, although both the King James version and the American Standard Version read: “and the head of the woman is the man.” This latter reading has always been and is still accepted by the best of our orthodox New Testament scholars. There are those who prefer the author’s reading. He can rightly appeal to Goodspeed and the Revised Standard Version.

But what are the facts regarding the Greek words for man and woman used in the passage? The Greek word for man is aner, and for woman gunaikos. Now, according to Thayer, a generally recognized New Testament scholar, aner in the first place means man, one who is a male, and in the second place, husband. And gunaikos, according to Thayer, means “a woman of any age, whether a virgin, or married, or a widow.” Secondarily the word is used to designate a wife. (See Thayer’s Greek-English Lexicon.)

Moreover, marriage is not even mentioned in this whole passage.

The most natural reading of the passage favor’s the interpretation which holds that the Apostle here speaks of the relationship of the sexes in God’s plan, as this relationship affects the place and dress of women in the church services at Corinth. And then Paul begins by saying, “But I would have you know, that the head of every man is Christ; and the head of the woman is the man; and the head of Christ of God” (v. 3).

Here the Word of God enunciates a fundamental relationship. Christ, so we are told, is subservient to God the Father. The reference here is to Christ as Mediator and to his place in the redemptive economy or plan of God. Then we are told that man is subservient to Christ, and that the woman is subservient to the man. The order is therefore this: God-Christ -man -woman. Now this is a basic, God-ordained order. And this order holds for all believing men and women, whether they are single or married. It held for Paul as well as for Peter. Our single men and women are not left out of this divine order. Let it be remembered in this connection that there was a difference between Adam and Eve—physical difference, but also a psychical difference. Men are normally more active and aggressive, whereas women, as a rule, are more passive and reticent.

Men are more suited to lead; women to follow.

To this I would add that if the passage speaks specifically and only of the husband-wife relationship in the church, as Mr. Prohl claims, we should then be able to substitute the word “husband” for the word “man”, and the word “wife” for the word “woman” in every instance of this passage. But if we do this what will we get? By way of example let us read verse 8 in this way. It would read as follows: “For the husband is not of the wife: but the wife of the husband.” And verse 12 would read, “For as the wife is of the husband, so is the husband also by the wife…”

I am personally persuaded that the correct interpretation of the passages of Holy Writ which deal with the question at hand will not lead to Pastor Prohl’s conclusion as found at the close of his book, and which reads: “In other words it is time for the Lutheran Church to support the 1955 resolution of the Presbyterians that ‘there is no theological ground for denying ordination to women, simply because they are women” (p. 80). I am sorry that the author, a member and minister of the staunch Missouri Synod Lutheran church, goes to this extreme.

I do not mean to say that our women should not be invited to our congregational meetings, together with the men, if these meetings are conducted properly, under the full control of the office-bearers. But I do maintain that the Word of God forbids the ordination of women as ministers, elders, or deacons. And this does not mean that our women may not be helpers in the Gospel and in certain phases of the work of the Church. They were helpers in the days of the Apostles. Why shouldn’t they be such today? Here is doubtlessly a domain which calls for further exploration and development, also by our Christian Reformed churches. 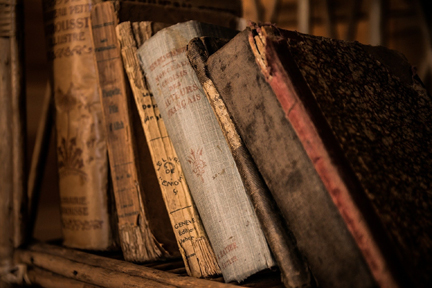 This delightful little pamphlet gives the reader a penetrating insight into the immigrant’s social problems from the time he boards ship in Holland until he somewhat establishes himself in his new but strange home in Canada. The writer points out the various dangers that confront an immigrant in almost every area of his social life in his new fatherland. Special attention is paid to the so-called neutral unions. Considering the large part that the union plays in the laborer’s life it is but natural that it receive special attention. By far the larger number of immigrants are confronted by it every day. They need guidance therefore especially in this matter. This pamphlet is written throughout in a brilliantly lucid style. Also the union problem is clearly presented. No one is left in the dark as to what the writer thinks about it and we believe he is completely correct in every word he has written. The union, according to the writer, is not the innocent organization that the name “neutral unions” implies. The name is not correct but should be changed to “non-christian unions”, since they are governed by norms that do not reckon with Christ and are therefore inimical to godliness (“antigoddelijk”). The writer therefore concludes, that if anyone wishes to speak correctly and honestly on this subject, he will do his fellowmen a service by speaking of the present-day unions as the “non-christian” unions.

The burden of proof is cast upon every reader to disprove the writer’s assertion that every union demands of its members that they suppress or deny their own Christian norms in order to be able to support the union’s norms. Not that the unions demand such in writing or by way of an oath, but it is automatically implied in union membership that norms which conflict with Christian norms must be upheld and promoted. The issue therefore boils down to this, that every true Christian must choose between God and Mammon, between serving God or Mammon.

Undoubtedly there is a real clash of opinions between this pamphlet · and the official stand of our Church. This pamphlet must therefore bring some kind of action. No one in our Church who takes his or her life seriously can lay this pamphlet aside and in good conscience continue a member of the union. Neither can the Church afford to ignore this pamphlet. That is why we are so happy with it. An unqualified answer is given to the union problem, an answer based squarely upon Scriptural principles. And is there anyone who will challenge the assertion that every presently existing union falls under this judgment? May this pamphlet therefore be widely read, and widely discussed, in order that our Church may come to a clear-cut, uncompromising stand against the ever onward-marching, organized tyranny of the “non-christian” unions of today.