In their attempt to save the doctrine or the incarnation, Anglican theologians look on some very strange bedfellows! This occurred under the threat of evolution, which had no use for the biblical account of creation, nor for the incarnation.

Thus an alliance between Anglican theology and philosophical idealism, coupled with higher criticism, was effected. And this movement was baptized with the name: Lux Mundi, “the light of the world.” Indeed! The promoters of Lux Mundi did not feel that incompatible and irreconcilable principles were joined in the alliance of these philosophies and Christianity. Naturally, complete submission to the infallible Word (the Bible) was no longer regarded as vital; man’s enlightened reason was equally (if not more) authoritative.

One can readily imagine what this led to. Even though all the variety of a crazy quilt is obvious in their thought, there is virtually unanimous agreement among Anglican theologians that the incarnation is basic to creation. By the union of God and man in Christ, creation has come to its true end. The incarnation is thus regarded as an implication of creation rather than the divine answer to sin. Creation presupposes incarnation, not as a remedy first of all, but as fulfillment.

And so it comes to pass that one regards Christ as God in man, another describes him to be God as man. Of course these theories have bearing upon the meaning of the Cross and the importance of the sacrament of the Lord’s Supper (the Eucharist). Redemption becomes an elevation of this “completed” humanity into the life of God. Thus as members of the body of Jesus Christ we are virtually “Christs” ourselves. Actually the incarnation is not the taking of the human nature by God upon himself but the reverse: we all become deified through the incarnation.

The main point can be expressed in this question: Is Christ the one who consummates creation or the Mediator of redemption? In our opinion Dr. Smedes has done a fine piece of work here as he reveals a competent and profitable mastery of the many Anglican works on this important subject.

Obviously this work is strictly for the theologian or at least for people of more than average education. Usually doctoral theses make for dry reading, occasioned by the large amount of documentation and scientific data. This work has not quite escaped that stigma either, but nevertheless without hesitation we congratulate the author on his able defense of the Scriptural doctrine of the incarnate Son of God, our Mediator: the true Lux Mundi! 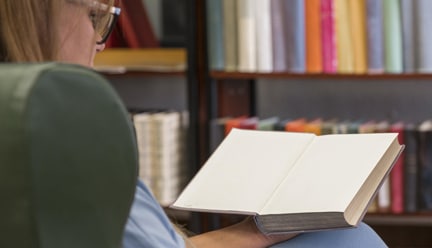 The author of this book became the Dean of the Graduate School of Wheaton College after serving there for five years as Professor of Bible and Theology. Previous to this professorship he taught in the department of New Testament at Cordon College of Theology and Missions. His doctorate in biblical and patristic Greek was earned at Harvard University.

Special mention should be made of Chapter XXll on the book or Revelation. Various interpretations of this difficult book are illustrated in a helpful chart on page 407.

The reviewer does not hesitate to recommend this book to ministers, seminary students, and others who are interested in purchasing a reliable and up-to-date guide for New Testament study.

The re-issuing of a work such as this so that it is once more available to all our church membership as well the ministers, missionaries, teachers, and Kingdom workers is a noteworthy event in the Christian book world! It for me is pure pleasure to recommend this worthwhile dictionary to all our readers. I also wish to commend the Baker Hook House for its excellent judgment in the choice of this re-print and its more than ordinary leal for the cause of orthodox, Bible-believing Christianity.

This book is a dictionary, not a commentary. It is not filled with speculation, but is a compendium of  biblical items as presented in the Scriptures with explanatory and supplementary materials drawn from the records of the ancient peoples, contemporary with the Israelites. This Bible dictionary is well illustrated, not with pictures drawn from imagination, but with actual delineations taken from the very items themselves. In addition, there is a good set of Bible maps, very helpful to the student of the Scriptures. Undoubtedly most important is the fact that insofar as this dictionary does offer interpretation of the materials discussed, these interpretations are ruled by the principle of the infallible Word as the only norm. Thus the interpretative material is sober and in harmony with the time-honored faith of the fathers.

In 1898 the Presbyterian Board of Publication and Sabbath-School Work, Presbyterian Church U.S.A., first published this dictionary. Subsequent editions appeared in 1903, 191 I, and 1924. During these years the work was subjected to revision and improvement as new materials gathered by more recent research and discovery were incorporated. Since 1940 there has not been a re-printing of this useful book, which makes its new appearance under Baker auspices most welcome.

No Christian home can afford to be without this important, complete reference work. Every Bible student (and certainly all Christians are to be included under this designation!) can not help but turn to such a volume repeatedly. Great help and profitable learning will be gained by consulting this dictionary,

In this handy, pocket-sized booklet the author, former U. S. Army chaplain in Korea, now pastor of the Bethany Reformed Church in Redlands, California, gives some sound advice to Christian boys in uniform.

Eighteen short chapters dealing with the morale of the recruit comprise this publication. The main emphasis is the important fact that the Christian in uniform must show his colors.

Mulder calls attention to the drink problem, the matter of keeping one’s language clean, the right type of buddies, etc. As a former chaplain I can heartily recommend this booklet to parents, friends or service men.