In the final chapter of Romans, Paul extends Christian greetings to his friends in Rome. After his greeting, Timothy, fellow worker with Paul, extends his greetings. Paul’s mention of almost thirty people in the church that he had not yet visited testifies to his knowledge of the church, the problems they faced, and the desire he had to visit with them as soon as possible. They were not strangers to him. Through the greetings that Paul sends, the reader can sense that Paul was not in the business of sermons, epistle writing, or church work. He was in the business of people—telling them about Jesus Christ and working with them to advance the kingdom of God.

Although we know little about the individuals that Paul greets in this list, we do know something about a few of them. Included are several women who served the church with distinction. Priscilla, along with her husband, Aquila, for example, had a church in her house. Paul writes that this couple risked their lives for him. She, along with her husband, also instructed Apollos in the way of God. Many women showed Paul and the apostles hospitality by giving of their homes. In all of these examples, women played an important and necessary role in the church.

Jesus had started including women in his ministry, something that was quite remarkable for that time in history and something that Paul continued on his missionary journeys. Nowhere, however, are the women Paul lists depicted as having authority over men or holding an ordained office in their tasks. The two restrictions that Paul applied to women elsewhere in his writings applied for the women in Rome as well (1 Cor. 14:34–35; 1 Tim. 2:11–14). 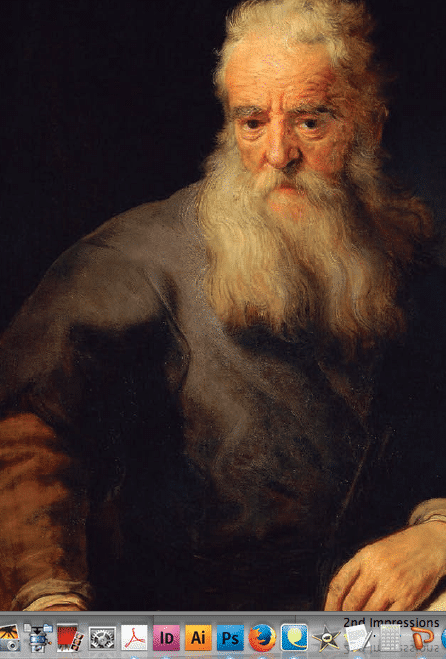 Romans 16:1–2, for example, lists Phoebe as a deaconess whom the church was supposed to help in whatever she needed. Early tradition says that Phoebe carried the epistle Paul had penned to the capital city and delivered it to the church. That Phoebe was called a deaconess has been used as an argument to allow women to serve in the office of deacon. However, the Greek word Paul uses can also be translated “servant.” First Peter 4:10 uses the same Greek word to exhort the Christians to “use whatever gift he has received to serve others.” The word used here does not mean that she held an ordained office in the church, but that she was a servant of the church. This does not make her less valuable. The passage shows the important role she played in the church. Phoebe supported Paul and, as expected of all Christians, worked hard in the church for the glory of God. She was a coheir in Christ.

Junia (v. 7) or, in some translations, Junias, is a feminine name, so it is assumed that Paul is writing about a woman. Those who promote women in ecclesiastical office point to this woman, who was “outstanding among the apostles.” We need to consider three things before we build a case on Junia. The first is that it must be proven that Junia is indeed a woman. Second, the Greek is more aptly translated that Junia was “esteemed among the apostles,” which gives the verse an entirely different meaning. It could mean that the apostles spoke highly of Junia. The third thing that must be considered is the word apostle. Several commentaries that argue that Junia was both a woman and an apostle limit the meaning of the word apostle to those who had seen the risen Lord.

One other friend Paul mentions is Rufus (v. 13). The only other place Rufus is mentioned in the Bible is Mark 15:21. There, a man named Rufus is named as the son of Simon, the man who carried the cross for Jesus to Golgotha. Whether they are the same man, we can only speculate.

Paul also refers to some friends as family members, which can be understood as fellow Jews. The majority of people listed are received in love as Gentiles. They are former slaves who have been set free. How rich the words of Paul’s letter must have been for them when he wrote that they have been “set free from sin and have become slaves to righteousness” (6:18). Paul’s affection for those who received this letter was not lessened because of their background. While we may know some things about some of the people Paul greets, he describes all of his Roman friends either as fellow workers or as those loved by Christ. The workers performed their tasks as a labor of love to the Lord; those loved by Christ expressed their love working in service to others.

A few married couples are included in the list as well as homes where the church members regularly met. The church maintained a healthy balance between groups and individuals. Jesus usually healed people one by one but preached to groups. Likewise, people receive justification individually, but in sanctification they need the communion of the saints. The individuals need the group, and the group needs the individuals.

After greeting several coworkers in Christ, Paul encourages them to greet one another with a holy kiss. In a city where a handshake was the customary greeting, this greeting would be a public symbol of unity and acceptance. It would encourage believers as they realized that they were not alone in a city where Christians were severely persecuted. Paul’s greetings include five different house churches (vv. 5, 10, 11, 14, 15). How wonderful it must have been to be in the marketplace and find a fellow Christian with whom you could share the excitement of the gospel!

Within Paul’s ministry and within the church, times of danger and tribulation alternated with times of safety and fruitfulness. In his greetings, Paul recalls with fondness those who helped him, labored with him, and had been in prison with him. They were with him intimes of suffering as well as when he witnessed great blessings from God.

While thinking of his dear friends, Paul reminds them of the physical and spiritual dangers that may befall them as Christians. He warns them especially against the troublemakers who work to divide the church with false teaching. Paul is keenly aware that Satan is behind every attack upon the church of Jesus Christ. The attacks of Satan came upon Paul by means of Judaizers, who sought to add works to the saving work of Jesus Christ. For John, the attacks came from those who denied the deity of Jesus and the Gnostics. In every age these two streams of thought have attacked the church. There will always be those who believe and promote works righteousness. There will always be those who deny the deity of Jesus Christ. It is a never-ending battle. Paul urges the church to be on guard continually against those who cause strife in the church.

Paul brings his readers back to the garden of Eden as he reminds the church that God will crush Satan underfoot. Satan came offering the knowledge of good and evil to Eve, if only she would eat from the forbidden tree (Gen. 3:5). She ate, and her eyes were opened to the evil that she had done. Paul writes, “I want you to be wise about what is good, and innocent about what is evil” (v. 19). Experienced bank tellers can quickly identify counterfeit currency. They are able to do so not because they have taken classes in identifying counterfeit bills. Rather, they handle enough real money that, for them, a counterfeit bill has a strange feel to it. So also, when a Christian is “wise about what is good,” he or she does not have to engage in all kinds of debates about what is right or wrong. Rev. Jelle Tuininga used to say, “A person’s Reformed antennae will start to tingle when he hears something wrong.” A person who has been properly trained and who has a love for the Lord—who is wise in what is good—will recognize false teaching as it filters into the church.

Then Paul adds, “The God of peace will soon crush Satan under your feet” (v. 20). Satan’s power was broken at the cross. When Christ died on the cross, he crushed Satan underfoot. While the devil may still be active, in the sight of God’s true angels he is completely defeated. Even the things he can accomplish on this earth are for the profit of those who believe (Rom. 8:28). We need no other knowledge except that which is in Christ Jesus, in whom is the fullness of God (Col. 1:19). All questions in the spiritual realm are answered in Jesus Christ. Without him, there are no answers—only lies.

Salvation has been secured for us at the cross of Jesus Christ. It is for all who believe in the sufficiency of Christ’s sacrifice. In addition, the obedience that secures eternal life has been accomplished by the sinless Savior who gave his life. His righteousness has been imputed to those who trust in him.

After his greetings, Paul closes his letter with a third benediction, ending with a doxology that gives honor to the one true God alone.

May our lives be a constant doxology of praise to God.

1. How many people does Paul greet in his closing chapter?

2. How many were women? What was Phoebe’s role?

3. How are the greetings of Paul beneficial for us today?

4. Notice how often Paul uses the phrase “in Christ” and “in the Lord.” What is the significance of these phrases?

5. What was the significance of greeting one another with a holy kiss? Why has this practice stopped within most     North American churches? How is it continued?

6. Why are warnings, greetings, and doxologies all natural ingredients for a farewell?

7. Who is/are the cause of divisions within the church?

8. How should the church respond to divisions?

9. What is the great mystery that has been revealed?