Throughout this chapter, Paul has listed several wonderful reasons why Christians should rejoice: exemption from judgment, victorious living, assurance of salvation, the hope of coming glory, and intercession through the Spirit. Before he is finished with this chapter, he lists one more: God makes all things work for the good of those who love him. Salvation for the Christian is not some “by and by in the sky” proposition where the hope that we have is limited to our future existence in heaven. The Spirit who helps us in our weakness also assures us that the Father is in control of all things and that he guides them for the eternal good of those who love Him. This guidance comes not because of the believer’s love for God but because of His love to them established already before creation.

Paul assures us that the eternal and sovereign God works all things for the eternal good of those who love God. The secret of joy and peace is to be found not in worldly goods or in external circumstances but in the grace of God who works all things to the believer’s benefit. It is often easy to see God’s leading in our lives when positive things occur—a Christian spouse, healthy children, the job promotion. Paul, however, introduces these verses after writing about “our present sufferings (v. 18). It is not only the things in our lives that we see as positive that work for the good of the believer, but all things. Many people, unfortunately, have no problem with a “health and wealth” Christianity where their religion provides only good things. Too often we forget that sickness and poverty, disappointments and trials are also included in these words of Paul.

Hardships work together for our good to humble us, to make us more aware of our absolute dependence on God, to rest entirely on God’s grace and not our worldly goods, and to seek forgiveness through Christ alone. How inflated we can become when things go well in our lives. Prosperity and success can easily become our downfall. When God has greatly blessed us, we sometimes lose our perspective and, like Nebuchadnezzar of the Old Testament, boast, “Is this not the great Babylon that I have built!” (Dan. 4:30).

This had to be especially comforting to the early church as they faced persecution and suffering. Even as they lost their earthly goods, they had the assurance that God would use their suffering for the advancement of His kingdom and the benefit of His people. This should also be of great comfort to all Christians throughout the world today. No matter what trials we may face, God will use it for our benefit. The form for the sacrament of baptism summarizes this truth so beautifully when it says that God will “provide us with every good thing and avert all evil or turn it to our profit.”

Those Whom God Called

The certainty of future glory for the believer is the unbreakable chain in verse 30. Each link in the chain represents part of God’s redemptive work. The assurance that our future glory is secure rests in the events that have taken place past and present and in the fact that we have a promise founded not on our own merit but on the character of the almighty, sovereign God.

The foreknowledge of God is more than God knowing beforehand those who would believe in Him, as some teach. Paul refers to those whom God predestined, called, justified, and glorified—His elect. God has determined the destiny of all mankind and, in time, His chosen ones will be “conformed to the likeness of His Son.”

God calls all people everywhere to repent (Acts 17:30). It is for this reason the church sends out missionaries; for this reason we are called to be witnesses for God’s kingdom. The Holy Spirit uses the external calling to open the hearts and minds of the elect so that they irresistibly respond to the gospel call.

Those whom the Holy Spirit has called to repentance through the proclamation of the gospel God will also justify through His Son. Sinners are declared righteous not through any merit of their own. Instead they have been declared righteous by God as He clothes them with the perfect obedience of His Son. 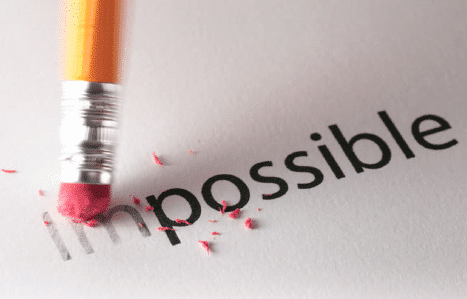 Those who are justified by faith certainly shall be glorified, since this is the ultimate purpose of God having called them. Paul writes as if our glorification is already a fact. In the deepest sense it already is, since it is fully guaranteed to believers by the sovereign God. He has given us the Holy Spirit as a sure pledge.

The true believer need never fear that God will ever cease to love us. After all, who would ever be able to bring any charge against us? Certainly, there will be those who find fault in us. The great accuser, Satan, may even stand before God one day and slander us, as he did Job. And, if we are honest with ourselves, our own consciences readily point out our imperfections.

Whatever charge is brought against the believer, however, must be brought before God—the very God who has justified His elect people. Surely, the omniscient God will not be surprised at any charge levied against His chosen ones. He knows. And yet, the ever loving God declared that there is no guilt to be found in the believer because his sins have been atoned for by Jesus Christ. God’s Son has met all the just demands of the holy law and imputed His innocence to those who believe. What charge could possibly stand in the great heavenly court? The almighty God has spoken. His judgment will stand. The accuser of God’s children is forever silenced.

The judgment of God is not a mere pardon. It is absolute justice that takes everything into account. God’s love for His elect is so great that while we were yet sinners, God sent His only Son, Jesus Christ, to die in atonement for all our sins. We were there among those who yelled, “Crucify Him! Crucify Him!” We are guilty. His blood is on us and our children.

But Jesus Christ, the Son of God, is no longer dead. He arose victorious over death. He is alive! This same God who loved us while we were His enemies has now adopted us to be His children. Paul rightly asks, now that we are His children, how can this loving God withhold anything from us that would benefit us spiritually, since His Son is alive? Christ died in atonement for all our sins. God raised Him up from the dead as proof that all the demands of His justice have been met.

Having established the fact that it is impossible for any person to take away our salvation, Paul sets his sights on circumstances in our lives. Those, too, Paul explains, cannot hinder the glorification of the elect. He has already explained how God uses circumstances for the good of those whom He has called; now he lists several: trouble, hardship, persecution, famine, nakedness, and danger of the sword.

The first set of circumstances is brought on by those who work against the spread of the gospel. They leave the believer vulnerable and unprotected—easy prey for those who would seek to harm them. Quoting from Psalm 44:22, Paul reminds the believer that he should not be surprised when he has to endure suffering for the sake of Christ. Like sheep led to the slaughter, the Christian constantly faces death. However, in the end, the sheep are the conquering ones! They win the victory because the One who loves them keeps them safe. The true believer perseveres through the hatred of this world not because he is so strong but because he has within him the indwelling of the Holy Spirit. The innocent lambs of God not only win the battle but they also overwhelming conquer: first, because the almighty God loves them and gave His life for them, and second, because the ultimate reward is far superior than any earthly loss they may have to endure.

No human being has control over the second set of circumstances in Paul’s list. As you read them they can be rather ominous, for they include death, demons, the future, and more. While we may escape persecution and famine, if the Lord tarries, we shall not escape death or demons. An uncertain future looms ever before us. Still, with all of life’s many uncertainties, we can be assured that God is forever in control. Because He is infinite in power and love, those who truly are led by the Spirit need never fear any separation from God.

Thanks be to God for His great love!

1. What does Paul mean by “good” in verse 28? Do we always see the things God works in our lives as good?

2. What is the purpose of God? How does He make it happen?

3. Each link in God’s redemptive plan takes place at a certain time in history.

a. Which ones are before time began?

b. Which ones are as history unfolds?

c. Which ones are after time is completed.

4. Who can bring any accusation against the believer?

5. Why can no accusation remain against us even though we continue to sin?

6. Describe how great the Father’s love is toward the elect.

7. Discuss the assurance that the Christian can have because of Christ. Do you have this assurance of salvation?

8. Can a person have doubts about his personal salvation and still be saved?

9. Discuss the comfort that comes to the Christian in spite of the circumstances he faces in this life (and in death).