The second book of professor-emeritus Berkhof to appear within a short span of time deals with another vital subject for the development of Christian theology. Although like his work on Aspects of Liberalism it contains a series of lectures, we find here little if any repetition. It is a thoroughgoing, well-documented and scholarly work on “the development of the idea of the Kingdom, specially since the Eighteenth Century.” However, the book contains far more than a historical survey of Kingdom thought; it is a searching examination and critical evaluation of the various and conflicting theories which have been advanced on this Biblical concept. 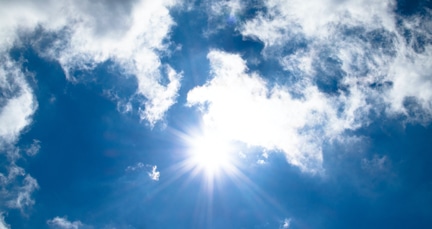 Basically the New Testament idea of the Kingdom is the rule of God as established and acknowledged in the hearts of the redeemed. It is a work of God, supernatural in origin and divinely directed. This reign comes to concrete expression in the lives of the redeemed Kingdom subjects. But even as this Kingdom is historically manifested in various spheres of life, it is still based on and still flows from the redemptive work of God in men’s hearts.

This Scriptural idea of the Kingdom was undermined by various movements and men. ‘Twould be doing an injustice to the author, I fear, to attempt to trace his critique in the short space of this review. Every page is freighted with close and pertinent argument, directed against those who contributed to the un-Scriptural Kingdom-idea. But throughout there runs a common objection: all have robbed the Kingdom of its supernatural, religious, and eschatological character. All, in varying degrees, have made the Kingdom a product of human activity, ethical in nature, realized in this world. This perversion, found in the Eighteenth and Nineteenth centuries, comes in for some detailed study.

Recently there has been a marked emphasis on the eschatological view of the Kingdom. This is found in liberal as well as orthodox circles. Some liberals sought to minimize the eschatological teachings of Christ. Others were more honest and at least faced the fact that Christ speaks of a fu lure Kingdom. Johannes Weiss and Albert Schweitzer are the main representatives of the latter group. “But,” say they, “Jesus’ conception of the Kingdom was molded by the Jewish ideas of his day. He never thought of the Kingdom as a present reality, but exclusively as future. Of course, he was mistaken.” Seeing these men proceed from such a position, we’re not surprised that there is a chapter devoted to a “critical evaluation” of their views.

Two chapters are devoted to the Kingdom idea as found in the Theology of Crisis. Presupposing, as these men do, the absolute qualitative difference between time and eternity, eschatology is removed from the historical process. It is in the eternal order. Hence the Kingdom of God is never realized in the historical process; it demands no activity on the part of man; it will be given as gift to man “by a mighty cataclysmic act of God.” Prof. Berkhof also subjects this philosophical interpretation to the searchlight of God’s Word.

The last two chapters, composing almost one-fourth of the book, deal with the pre-millenarian Kingdom-idea. Undoubtedly most of our laymen, if not our clergy, find this error the one most prevalent in the circles in which they move. Much of evangelical Christianity today has adopted this interpretation. If you are desirous of good, sound, calm consideration of this question on the basis of the Word, it would be well to purchase this book. These chapters invite careful, studied reading.

Both these works are characteristic “Berkhof books.” They are well organized, logical, solid, thorough. We welcome these works from his pen, and thank the publishers for another contribution to orthodox Christian theology. By such publications the publishers show they have the faith that Christian people are still interested enough in the Christian faith to read and study it. We trust they are not mistaken.

“The goal of the new life is that God’s children exhibit melody and harmony in their conduct. What melody? The song of God’s justice. What harmony? The harmony between God’s righteousness and our obedience.” p. 13 “The gospel is not a doctrine of the tongue, but of life. It cannot be grasped by reason and memory only, but is fully understood when it possesses the whole soul, and penetrates to the inner recesses of the heart.” p. 19 “Let nominal Christians cease from insulting God by boasting themselves to be what they are not, and let them show themselves disciples not unworthy of Christ their Master.” p. 19. “The one condition for spiritual progress is that we remain sincere and humble.” p. 21 “It is an ancient and true observation that there is a world of vices hidden in the soul of man, but Christian self-denial is the remedy of them all.” p. 26 “Though in prosperity many saints have flattered themselves with perseverance and patience, yet they learned that they had deceived themselves when adversity broke down their resistence.” p. 50 The above quotations from: Golden Booklet of the True Christian Life by John Calvin, translated by Prof. H.J. Van Andel.