I know what it is like to stand on both sides of the aisle. I was raised a Baptist. As a result I know what it is like to think as a Baptist. I can still remember thinking to myself, as a Baptist, “How can anyone believe in infant baptism?” But now that I have been on other side of the fence for some time, I will sometimes think to myself as a paedobaptist, “How can anyone be a Baptist?”

No matter what side of the fence you stand on regarding baptism, that particular side makes sense if that is all you know. I will be the first one to admit that it is very difficult for a Baptist to get their head inside the argument for in fant baptism. I have met very few, if any, Baptists that really understand the biblical case for infant baptism. In fact, I can already hear their response: what biblical case? This attitude on the part of many Baptists prevents them from even considering the possibility that paedo baptism is biblical.

I have had many opportunities to discuss the issue of baptism with people who hold a different view from my own. A number of these men have been Baptist ministers. Over time, I have become familiar with all the objections regarding infant baptism. In fact, there was a time when I made many of the same objections. Many Baptists fail to distinguish between a Roman Catholic view, a Lutheran view, and a Reformed view of infant baptism. All paedobaptists are lumped together. This is problematic because there are important distinctions between the Roman view, the Lutheran View, and the Reformed view. 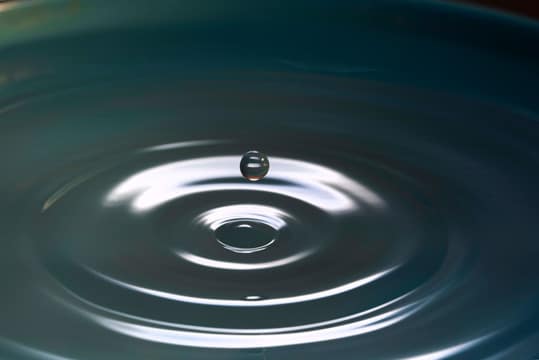 Judging by the objections that many Baptist critics make regarding infant baptism, it is apparent that many of them do not understand the Reformed paedobaptist position. At some level, most Baptists argue against a straw man that they construct and then set ablaze.

Likewise, in the New Testament with the coming of Christ, this work is depicted through the external sign and seal of water baptism. Both circumcision and water baptism are external signs and seals of covenant membership, and both depict the internal working of the Spirit. It is not my desire to be polemical or offensive with this next statement, but typically Baptists do not understand what people like me mean when we speak of signs and seals. This is one reason why it is difficult to discuss this issue with most Baptists. It is very difficult to address an argument against a position when the person arguing against the position does not understand what he is arguing against.

The issue of infant baptism is determined more or less by a debate behind the debate. Baptists read their Bibles differently than do paedobaptists. Baptists generally emphasize the difference between the Old Testament and the New Testament. They typically emphasize the discontinuity between the old and the new. As a paedobaptist, I recognize a level of discontinuity, but I am also much more comfortable with the continuity that exists between the old and the new than are our Baptist brothers.

Instead of seeing the Bible as essentially two books, Calvinists read their Bibles as one book. It is my conviction that the Bible is fundamentally one book about Jesus Christ. The Bible seeks to demonstrate how Jesus Christ is the fulfillment of everything that God has promised throughout redemptive history, from the beginning to the end. From the first page to the last page, the Bible is about Jesus Christ. Immediately after Adam fell into sin and God pronounced the covenant curse, God also pronounced for the first time the promise of redemption (Genesis 3:15).

For example, in the conflict between David and Goliath, we see the two seeds in conflict. Goliath, representing the seed of the serpent, is physically impressive, but he is no match for a shepherd boy who attacks Goliath on the basis that salvation comes from the Lord. David was trusting in the Lord alone for his salvation. Is the story of David and Goliath teaching us to be like David, or is this story teaching us that salvation comes from the Lord Almighty?

The baptistic reading of this passage teaches us to be like David. Dream big dreams; you can do anything that you set your mind to; do not let your youth hinder you from accomplishing your goals. Go out into the land and slaughter the giants. This is a very horizontal reading of this text. It almost sounds like an ad for the Army.

The Reformed reading of this passage teaches us that salvation comes from the Lord. God is the only one who can save man from the seed of the serpent. The impetus to be like David is a message to trust in God as David trusted in God. David did not pull himself up by his bootstraps and save Israel. No, he confronted Goliath in the name of God.

The most basic promises of the Bible are expressed through the various covenants that God made. Ultimately these promises are fulfilled in Christ. As a result, we interpret the Bible and redemptive history through the lens of Jesus Christ. Jesus Christ is the fulfillment of all that God has been doing from Genesis through Revelation. All of redemptive history points to Jesus Christ. Before the fall, God made a covenant with Adam (In the day that you eat of this fruit you shall surely die). Adam lived under a covenant of works in the garden. If he had been perfectly obedient he would have merited eternal life for himself and all his posterity, but instead he brought about the fall and its consequences (curse) on all his posterity.

In Romans 5:12–22 Paul teaches that Jesus is the second Adam. Unlike the first Adam, Jesus is perfectly obedient. He has satisfied the covenant curse in our place, and he has satisfied the righteous demands of the law. This is an example of how the Bible interprets the Bible from the perspective of promise and fulfillment. All that God has promised is fulfilled in Christ. What the first Adam failed to accomplish the second Adam, Jesus Christ, accomplished for everyone that God has chosen.

Prior to the flood, God covenanted with Noah. Following the flood, God made a more general covenant with creation. Next, God covenanted with Abraham, then Moses, and David. Jesus came as the fulfillment of all that God had promised in the Old Testament. This is how Jesus interprets the Old Testament. In Luke 24 Jesus was on the road to Emmaus. He was walking with Cleopas and another man. They were troubled and discouraged about the recent death of Jesus. Consider Jesus’ response to their concerns. “He said to them, ‘How foolish you are, and how slow of heart to believe all that the prophets have spoken! Did not the Christ have to suffer these things and then enter his glory?’ And beginning with Moses and all the Prophets, he explained to them what was said in all the Scriptures concerning himself” (Luke 24:25–27, emphasis added).

Jesus proclaimed Himself to be the fulfillment of all the Old Testament Scriptures.

In the same chapter, while Jesus was teaching His disciples, He made a similar claim. “He said to them ‘This is what I told you while I was still with you: Everything must be fulfilled that is written about me in the Law of Moses, the Prophets and the Psalms. Then he opened their minds so they could understand the Scriptures” (Luke 24:44–45). Their minds were not opened until they understood how Jesus was the fulfillment of the Old Testament.

As a result, if you want to understand what the Bible teaches about baptism or any other subject, you should begin your study in the Old Testament. This represents a major difference between Baptists and paedobaptists. If you begin the exegetical process in the Old Testament from the perspective of promise and fulfillment, then you will likely end up a paedobaptist. In contrast, if you stress the newness of the new covenant to the point that the new covenant is cut off from the covenants in the Old Testament, then you will likely end up a Baptist. Fundamentally, this is the debate behind the debate, or at least one important debate behind the debate.

The New Testament provides the answer to this question in many different places. In the book of Hebrews, for example, the author tries to convince Jewish converts to leave behind the types and shadows associated the Mosaic Law. His argument is based on the fact that Jesus Christ is the fulfillment of the types and shadows. “The law has only a shadow of the good things that are coming— not the realities themselves. For this reason it can never, by the same sacrifices repeated endlessly year after year, make perfect those who draw near to worship” (Hebrews 10:1). They do not need a priest after Aaron, because they have Jesus as their Highpriest. The sacrifice that Jesus offers takes away their sins, and it never has to be repeated again.

According to the writings of Paul, there was an impulse among Jewish converts to impose circumcision on gentile converts. There was reluctance among Jewish converts to leave behind the types and shadows of the Old Testament. In the book of Galatians the apostle Paul publicly confronts Barnabas for falling into this trap. In light of this Biblical evidence I find it extremely unlikely that Jewish converts would have held the same assumptions as a modern day Baptist. To this day I have never heard a good response to this objection from a Baptist theologian. Is it really possible that Jewish converts would have withheld the sign and seal of covenant membership from their children without explicit New Testament instructions to do so? From the time of Abraham Jews had applied the sign and seal of the covenant to their children.

Rev. Mark J. Stromberg is the pastor of the United Reformed Church of Belgrade, Montana.