On its face, the Reformed understanding of our Lord’s command to make disciples and to baptize them and their children (Matt 28:81–20; Acts 2:39) seems clear enough. However, judging by modern discussions in the confessional Reformed and Presbyterian churches, things are more complicated than one might expect.

Over the last thirty years, considerable disagreement has arisen among the confessional Reformed and Presbyterian churches over what happens in baptism, what baptism promises, to whom and under what circumstances. The controversy has intensified in recent years with the rise of the self-described “Federal Vision” movement which says that that baptism confers upon the baptized person a conditional, temporary election, union with Christ, justification, and adoption. As a shorthand, let us call these baptismal benefits. The Federal Vision also downplays or denies the distinction between the church considered as a visible or invisible entity or the distinction between an internal or external relation to the covenant of grace.

Such distinctions are frequently derided by Federal Visionists as the remnants of the Colonial “Halfway Covenant” or even as Baptistic. Instead, they argue, the Reformed faith understood properly, teaches that there is only one way to be in the covenant of grace, that it is, “all or nothing,” that every baptized person (“head for head”) has the benefits of Christ.

According to the Federal Visionists, having been admitted to the covenant by grace (i.e., by baptism), a Christian is obligated to retain those benefits by cooperating with grace or faithfulness. This is how they define “faith,” as trusting and obeying. Those who have faith so defined will retain the benefits given in baptism and will show themselves to have been really elect in the traditional sense of the word. Sometimes the Federal Visionists speak as if there are two kinds of election: the first is an eternal, unconditional election and the second is a historical, temporary, conditional election.

Sometimes, however, it is not clear that they really believe in two kinds of election. Certainly when they speak of election relative to “the covenant” (these writers do not much like the traditional Reformed distinctions between the covenants of redemption, works, and grace) they are most often speaking of the historical administration of what they consider a conditional, temporary election and covenant. Thus, frequently, these writers are not writing about the “the covenant” or “election” as we have traditionally conceived them. Most often they seem to be thinking of a covenant that is both gracious and legal simultaneously, before the fall and after it, in roughly the same way. To make their point they tend to emphasize the fact that our liturgical forms speak of covenants as having two parts.

This controversy raises the most profound questions for Reformed theology, piety, and practice. After all, the Princeton theologian B. B. Warfield (1851–1921) called the doctrine of the covenant, “the architectonic principle” of Reformed theology, i.e., the thing on which it is built and Herman Bavinck (1854–1921) agreed.

This essay contends that the Federal Vision doctrine of baptismal benefits, their historical, conditional view of covenant and election, is contrary to the Word of God as confessed in the Reformed Churches and worthy of ecclesiastical discipline. In order to to take a step toward clarifying the picture, this essay will briefly survey the major views taught in the various historic Christian churches, the teaching of Scripture, the teaching of the Reformed confessions and conclude by offering some pastoral considerations.

The Catechism of the Catholic Church is quite explicit that, to have “faith,” one must “first have been touched by the Holy Spirit.” This touching is said to occur by “virtue of our Baptism, the first sacrament of the faith” in which the “Holy Spirit in the Church communicates to us, intimately and personally, the life that originates in the Father and is offered to us in the Son.”

Quoting Irenaeus, the Catechism teaches that baptism, “gives us the grace of new birth….”1 This happens because, quoting the Council of Trent, “celebrated worthily in faith, the sacraments confer the grace that they signify.”2 Baptism does what it does because it works “ex opere operato,” i.e., “from the working it is worked.” According to Rome, Baptism necessarily regenerates, washes away original sin, and initially justifies, because God has willed it to do so and endowed baptism with this power.

As wrong as we find this account of baptism, it might not be so bad except for the sting in the tail of the Roman doctrine: “Nevertheless, the fruits of the sacraments also depend on the disposition of the one who receives them.”3 Suddenly what might have been construed as a mere mistake becomes a pernicious error. Do not miss the force of such language. When Rome speaks of “disposition” she means “the result of one’s cooperation with the grace of the Spirit.” In short, however clothed in the lanlanguage of grace, the Roman doctrine is that baptismal efficacy is dependent upon human cooperation. It is no wonder that the Reformers saw in this doctrine a repetition of the Judaizing doctrine of grace plus works, i.e., “another gospel” (Galatians 1:7–9). 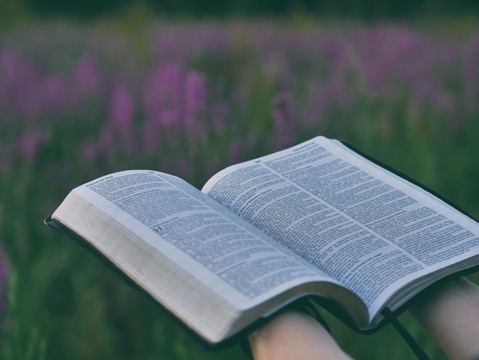 Perhaps even more shocking to Reformed sensibilities is the Roman doctrine that “the fruit of the sacramental life is that the Spirit of adoption makes the faithful partakers in the divine nature.”4 This is the culmination of the Roman doctrine that creation, from the very beginning, was inherently defective by virtue of being finite and therefore that “grace perfects nature.” In sum, according to Rome, salvation is divinization and that process begins in baptism and continues as we cooperate with grace.

As one, the Protestants rejected the Roman doctrine of nature and grace. They rejected the Roman view that the Bible is composed of an “Old Law” and a “New Law,” the difference between which is that, under Christ, God gives Christians more grace to fulfill the New Law. In place of this scheme, the Protestants (including Calvin and the authors of our Heidelberg Catechism, Belgic Confession, and the Canons of Dort) all held that there are two ways of speaking throughout Scripture: law and gospel. The law says, “do this and live” and the gospel says, “Christ has done for you.” For Rome, justification is sanctification so that God can only call one righteous who is, in himself, intrinsically righteous.

For the Protestants, however, justification is God’s free declaration that a sinner is righteous only on the basis of Christ’s righteousness imputed. Whereas Rome defines faith relative to justification as trusting and obeying (cooperating with grace), by which process (including acts of penance) the believer is said to accumulate merit toward final justification; confessional Protestants define faith, in the act of justification, as “a certain knowledge and a hearty trust” that “not only to others, but to me also, forgiveness of sins, everlasting righteousness, and salvation are freely given by God, merely of grace, only for the sake of Christ’s merits.” (Heidelberg Catechism, Q. 21).

In our view, the power of faith does not reside in the act of faith itself (contrary to the Arminians and Socinians), but in its object: Christ and his righteousness. This is why we say “by faith alone” or sola fide. We also categorically disagree with Rome on the cause and ground of our justification. Rome defines grace as a sort of medicine with which Christians are infused in the sacraments. She even defines it, in some instances, as the divine being itself. By contrast, we define grace as the unmerited, free, favor of God. We confess that God’s accepts us only for Christ’s sake out of His undeserved favor. This is what we mean by sola gratia. The legal ground for God’s acceptance of us is the accomplishment of Christ’s righteousness and imputation of His merits (a notion widely rejected by the Federal Vision despite its prominence in our standards). This view is in stark contrast to the Roman doctrine according to which, God “bestows merit” on us in view of our cooperation with His Spirit. Thus, confessional Protestants have much in common in our rejection of the Roman doctrine of baptism, covenant, and election.

There are distinctive aspects of the Lutheran doctrine of baptism and election (and implicitly covenant) that we do not accept. Article 9 of the Augsburg Confession (1530) teaches of baptism that “it is necessary to salvation,” and that the baptized “are received into God’s favor.” More pointedly, Martin Luther (1483–1546) argued at length in his Large Catechism (1529) that though it is true that we are justified by faith alone, the water of baptism, having been joined with the Word of the gospel, becomes a sacrament and so “faith clings to the water, and believes that it is Baptism, in which there is pure salvation and life.”5 He reiterated that “without faith it [baptism] profits nothing.”6

For Luther, baptism, as a gospel sacrament, has the same power of the Gospel to effect new life. It is God’s work, not ours.7 Whatever ambiguity there might have been in Luther’s doctrine of baptism, was largely removed by the orthodox Lutherans who interpreted Luther (and the Augsburg Confession) to teach that baptism is a “means of justification.”8 Further, it “works forgiveness of sins…washes away sin…sanctifies and cleanses… regenerates and saves.”9

Though orthodox Lutheranism confesses a doctrine of unconditional election, they also deny our doctrine of reprobation and perseverance of the saints. According to them, at the moment of the administration of baptism faith is kindled, and one is not only included visibly into the church, but one is made alive and shall remain so unless and until he resists the grace of the Spirit.10 Not surprisingly, as a consequence of this view, the orthodox Lutheran theologians were and remain highly critical of our Canons of Dort.

Though like the Anabaptists (See Belgic Confession Art. 34) in their rejection infant baptism (paedobaptism) as contrary to the New Covenant, Modern Baptists are actually descended from the congregational and Presbyterian churches. The Baptists reject paedobaptism on two principal grounds: 1) it is not taught in the New Testament and 2) it is contrary to the Spiritual nature of the New Covenant.

In the confessional Baptist understanding, only those who actually believe are members of the New Covenant. Therefore the London Baptist Confession (1689) teaches that those “who do actually profess repentance towards God, faith in, and obedience to, our Lord Jesus Christ, are the only proper subjects of this ordinance” (29.2). In the confessional Baptist view, baptism is not merely a sign and seal of what is true of those who believe, but of categorical statement of what is actually true of the person baptized at the time of baptism (21.1). In the Baptist confession, baptism is not about promises made by God, in baptism, and realized by faith, but only about present realities. If the realities symbolized by baptism are not present, one is not eligible for the ordinance. To Reformed folk, Baptists seem impatient. They expect too much of the heavenly reality in this life.

What seems clear from this survey is that, in their own ways, the Federal Vision, Roman, Lutheran, and Baptist views of baptism all identify too closely the sign (baptism) with the thing signified (the benefits of Christ). Only the Reformed view of baptism confessed in the Three Forms of Unity and the Westminster Standards (1647) avoids either confusing baptism with covenant and election or stripping from it the promises of God which make it a sacrament and a means of grace.