“Awake, O sword, against my shepherd, and against the man that is my fellow, saith Jehovah, of hosts.” Zechariah 13:7a

In this Lenten season we are called to give particular attention to the passion and death of our Savior. The above text is one of the clearest of those prophetic testimonies which declared to the Church beforehand the sufferings of Christ. That the passage applies to Christ very specifically is plainly indicated in Matthew 26:31 and Mark 14:21. In view of the authoritative interpretation supplied by both of these New Testament references, there is no warrant for seeking a substitute application.

Our Savior is called “shepherd,” One is reminded of Isaiah 40:11, “He will feed his flock like a shepherd, he will gather the lambs in his arm, and carry them in his bosom, and will gently lead those that have their young,” Jesus applies the title to himself in John 10:11, “I am the good shepherd: the good shepherd layeth down his life for the sheep.” And the author of Hebrews writes, “Now the God of peace, who brought again from the dead the great shepherd of the sheep with the blood of an eternal covenant, even our Lord Jesus, make you perfect in every good thing to do his will.” (13:20,21).

The word “shepherd” points to our Lord’s mediatorial character and work. It teaches us that a people his sheep—have been committed to him and that in the matter of their salvation he is their head, their representative and their surety, It is not in an individual capacity that he is here revealed to us, but in a public relation as the “shepherd and bishop of our souls.”

As our shepherd he knows us’1 am the good shepherd; and I know mine own, and mine own know me” (John 10:14). As our shepherd he seeks us, feeds us, leads us—“As a shepherd seeketh out his flock in the day that he is among his sheep that are scattered abroad, so will I seek out my sheep,” (Ezekiel 34:12), “He calleth his own sheep by name, and leadeth them out” (John 10:3), He feeds his flock, imparts to them the Holy Spirit, causes his word to dwell in them richly, and thus awakens in the believer the testimony, the Lord is my shepherd; I shall not want.” 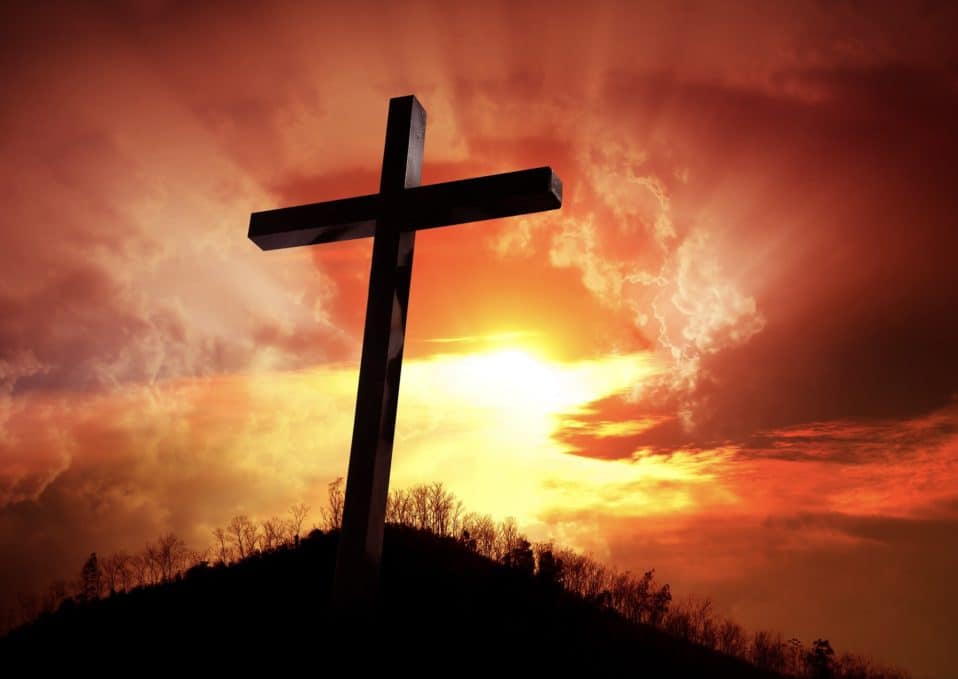 Observe that it is Jehovah who speaks in the text of this meditation and that he calls the shepherd “my shepherd.” Why is our Savior so designated? Bee a use he is an appointed and commissioned Savior, In the divine counsel of eternity this office was given to God’s Son that he should be “the great shepherd of the sheep.” Behold what manner of love was this which prompted Jehovah God to choose his beloved Son as our surety, and which prompted the Son to drink for our sakes the cup of God’s wrath!

The text speaks of a man. The sword is awakened against the shepherd who is called “the man.” In our zealous regard for the divine nature of our Savior we must not lose the comfort which is afforded by faithful contemplation of the man Christ Jesus, Isaiah writes, “And a man shall be as a hiding-place from the wind, and a covert from the tempest…” (Isaiah 32:2). It was the Son of Man who came to seek and to save that which was lost (Luke 19:10). The apostle Paul writes of him that he “made himself of no reputation, and took upon him the form of a servant, and was made in the likeness of men” (Philippians 2:7).

How essential is this doctrine of our Savior’s humanity to the truth of his fitness and qualifications for the work assigned him by the Father? No better answer to that question can be given than in the words of Hebrews 2:14, 17: “Since then the children are sharers in flesh and blood, he also himself in like manner partook of the same; that through death he might bring to nought him that had the power of death, that is, the devil;…Wherefore it behooved him in all things to be made like unto his brethren, that he might become a merciful and faithful high priest in things pertaining to God, to make propitiation for the sins of the people.”

This is a precious and comforting doctrine. Our Savior is our brother, bone of our bone, flesh of our flesh, though free from sin. Wherefore, he is not ashamed to call us brethren (cf. Hebrews 2:11). The righteousness he wrought as our surety and mediator was wrought in our nature so that it is suited to our circumstances, fitted to be a robe for us. With that robe covering us we are accepted in the Beloved. With that robe we shall enter the palace of Heaven’s King. Moreover, because he knows our frame and remembers that we are dust we can cast our cares upon him. He can personally sympathize with us in every trial, for he is not a high priest who cannot be touched with the feeling of our infirmities.

In that nature he now dwells and reigns in heaven, What animating hope! Our nature is in heaven through the Person of the Son of God! Can he not bring us there too? Indeed! He has so prayed and so promised! The forerunner will have his own with him. “Father, I desire that they also whom thou hast given me be with me where I am, that they may behold my glory, which thou hast given me…” (John 17:24). His promise is that he will “fashion anew the body of our humiliation, that it may be conformed to the body of his glory” (Philippians 3:21).

Observe, further, that our Savior is called the “fellow” of Jehovah “the man that is my fellow, saith Jehovah of hosts.” H. C. Leupold translates it, “my close associate.” The Lord’s shepherd in this text is one who stands close to the Lord and occupies, as it were, a position similar to that of the Lord himself. Can this be a mere man? Can the one whom God designates as his “fellow,” his close associate, be no more than a creature? Surely not! This unusual expression speaks of equality. It implies participation in the same nature, which in this instance is divine nature. One immediately thinks of such a text as John 10:30, “I and the Father are one.” Similarly, John 1:18, “the only begotten Son who is in the bosom of the Father.” The Shepherd of the sheep—the man Christ Jesus—is also the fellow, the equal, of Jehovah, very God as well as very man.

That is the crowning truth! Without it we have no salvation. The child who is born to us, the Son who is given us, is the “Mighty God” (cf. Isaiah 9:6). He existed in the form of God and counted not the being on an equality with God a thing to be grasped (cf. Philippians 2:6). Hence there can be nothing too hard for this Savior to accomplish. His arm of redemption cannot fail us, It will protect us to the end; it will raise us one day from the dust.

“Awake, O sword, against my shepherd, and against the man that is my fellow, saith Jehovah of hosts.” It is God who speaks to the sword and who bids it smite the shepherd. What else can this mean but that God himself inflicted his divine wrath upon the Shepherd of the sheep? True, the Savior suffered at the hands of men. He suffered also the rage and malice of the powers of darkness. But that was not all, nor was it the most important circumstance in his passion. It pleased Jehovah to bruise him; he hath put him to grief (cf. Isaiah 53:10) , In the dreadful climax the cry is not, “My sheep, my sheep. why have ye forsaken me,” but this, “My God, my God, why hast thou forsaken me?”

Here, then, is the utmost wonder of divine grace. The great and good Shepherd of the sheep took upon himself their guilt and condemnation, Only thus might the door of mercy be opened and God’s own righteousness declared in the remission of their sins. It was so declared already to the Old Testament Church “All we like sheep have gone astray; we have turned everyone to his own way; and the Lord hath laid upon him the iniquity of us all” (Isaiah 53:6). The sword was awakened against him that these sufferings might be endured for the objects of God’s electing love. “He was wounded for our transgressions, he was bruised for our iniquities.”

It was against “’the man” that the sword of justice was summoned. Offended justice must be vindicated in the same nature that had sinned. By his humanity he was capable of suffering. And because that human nature was joined to the Divine Person, infinite merit attaches to his obedience and sacrifice. Not only that, but in virtue of his Divine Person he was enabled to endure the agony even to the uttermost.

The sword smote him by God’s command that he might thoroughly exhaust the curse of the broken law. Being thus smitten he bore our griefs and carried our sorrows. But he does not remain smitten. He must be conqueror in the end so that he may divide the spoil with the strong and that the children of Zion may be joyful in their King. Therefore, cry out and shout, thou inhabitant of Zion; for great is the Holy One of Israel in the midst of thee.