Belle was shattered by the death of her 20-year old son in a motorcycle accident. She had only recently come to faith in Jesus, but her son had not known the Lord, and her grief was deep and relentless. Pouring her heart out to Christ in her sorrow was a great comfort, but she was also eager to share her grief with other believers, trusting I Corinthians 12 about the function of the Body of Christ to “bear each other’s burdens.” She arrived early for her weekly Bible Study gathering, anxious to see her new friends in Christ. After loving greetings, genuine tears, and warm hugs, the leader began the session with a gentle caring voice and this question: “So, tell us, was he wearing his helmet?”

John and Janet’s son had recently come out of the closet about his homosexuality. He had been raised in the Lord, had shown evidence of faith, yet recently had withdrawn from the church entirely, critical about the “judgmental attitude” he saw there. When he told his folks (and everyone else) about his lover, it broke their hearts. They struggled with an enormous sense of shame. They avoided public gatherings for a couple months, and when they finally and very tentatively came back to church, most people ignored them awkwardly. But two elders didn’t. The first chastised them for missing church for such a long time. The second pointedly asked Janet whether John had been enough of a masculine leader in the home when their son was growing up. John and Janet haven’t been back since.

Gayle was hurting. Her husband’s drinking, which had been going on for many years, had gotten out of hand. He’d lost another job, had run up a huge debt on their credit card, and was starting to show a violent streak. She was frightened for herself and her children. Her next door neighbor, Fran, was a Christian, and had been telling Gayle for a long time that Christ really cared about her, and that the pastor from her church would be happy to pray with her and help her figure out what to do next. She fretted for weeks before gathering up the courage to call him, but finally did, setting up the meeting for a time when she knew her husband wouldn’t be home. When he arrived, she poured out her soul, hopeful that this man of God would really be able to help. The first words from his mouth completely turned her off: “Well, you know, psychologists argue that alcoholism is a disease. But we know it is a sin. Unless your husband repents, there’s not much we can do.”

A penchant for judgment grips much ofChristendom these days. The examples cited, which rea y happened, are typical of dozens of situations I’ve seen personally. In each case, the most grievous issue is not even the unbelievable insensitivity of the comments (which would make even the most blatant of non-believers pale), but the underlying belief by the servant of the Lord in each case that she/he was somehow honoring the Lord by holding the line against sin.

While many today are rightly renewing the call for the believing community to take seriously its divine mandate to rebuke one another, to admonish one another, and to hold one another accountable to the Word of the Lord, the church has developed a strangely distorted method of implementing that accountability or mutual discipline. Instead of one-on-one loving rebukes (Mt. 18:15), in place of sensitive and Biblical admonition (Rom. 15:14), and in lieu of consistent and loving accountability between believers based on existing rela~ tionships of trust (Jude 20–23), far too many have adopted instead a spirit of judgment, of criticism, of condemnation. And the difference between such a spirit and righteous “ecclesiastical discipline” is as great as the difference between abuse and love.

Seems to me we need a primer on judgment, and we need to examine our own hearts. 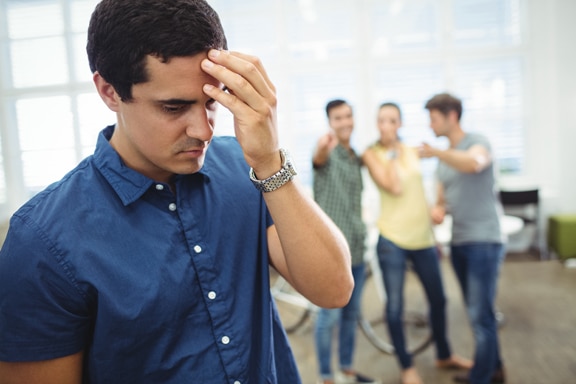 THE WORD ON JUDGING

Scripture speaks quite bluntly on the subject. Even a cursory survey of a small concordance turns up a dozen or more references that echo Jesus words in Mt. 7:1: “Do not judge, or you too will be judged…”

• We have no business judging others, for when we do, we condemn ourselves, who deserve judgment as much as anyone (Rom. 2:1).

• We ought to be more concerned with judging ourselves than others (Rom. 12:3).

• Judgment belongs to God alone (Deut. 1:17). and He has entrusted it to Jesus (John 5:22). God’s judgment finally boils down to one’s relationship with Jesus Christ.

• Ours is to be a ministry of reconciliation (II Cor. 5), not judgment.

Amazingly, in most discussions of this subject, believers spend more time arguing what these texts don’t mean than what they do. They don’t mean we are not to discern between good and evil (obviously). The command not to judge does not mean Christians are to adopt the sins of the world in their own lifestyles (just as obviously). The passages listed don’t mean that the ministries of rebuking and admonishing are out, and tolerance of all sins is in. (Need I say it again?) But if we only articulate what the passages don’t mean, we miss the serious divine warning.

What are these warnings? The passages address, in a word, an attitude. Before judging becomes a deed, it reveals the attitude of a heart. And it is that attitude that is so dangerous.

The attitude of those who minister within the believing community (be it office bearers or various believers) is critical to their ministries. Having worked with hundreds of elders over the years, I am confident in saying that every elder I know who has proven effective in the ministry of calling wandering believers back to the fold has avoided a spirit of judgment, and demonstrated instead a spirit of love and compassion. That is not to say such an elder ignores sin, or is weak on what Scripture says about it. But it is to say that an approach that conveys a spirit of judgment drives the lambs away, and one that does not is instrumental in calling them home.

Likewise, the attitude of all of us who are called to bear witness outside the circle of believers is perhaps the most crucial component of evangelism. Every single effective evangelistic person I know conveys an attitude not of judgment but of love. He or she does not repel the unbeliever with disgust at the ugliness of his/her sin, but rather expresses understanding and concern, having been there himself/herself. Every single effective evangelistic person I know recognizes the obvious truth: if people are not in Christ, they will not, and in fact can not understand the standards of holiness to which God calls the redeemed. Isn’t that really the thrust of I Cor. 2:14: “The man without the Spirit does not accept the things that come from the Spirit of God, for they are foolishness to him, and he cannot understand them for they are spiritually discerned”?

Translate that into practical questions: Why would I expect a non-Christian to understand my delight in and desire to worship? (Yet so many convey a spirit of criticism because these folks “don’t go to church.” Even though so many Christians attend for profoundly non-worshipful reasons!) Why would I expect a non-Christian to understand the holiness and permanence of the marriage vow, when marriage itself takes its character from the bond between Christ and His bride, a covenant an unbeliever knows nothing of? (Yet Christians can sound so almighty self-righteous about the horrors of divorce. This one in particular galls me, since I am often called upon to counsel the marriages of people who are quite verbal in their pronouncements of the evils of divorce. Trust me, some would be more honest if they’d file for divorce than to perpetuate the sham they call a marriage!)

Conversely, far too many Christians who cannot seem to bear effective witness to friends, family, or co-workers are hamstrung by their attitudes of judgment. Rather than really caring about the homosexual at work, they tell gay jokes, and actually try to justify such behavior “because God hates homosexuality!” Rather than really caring about the couple next door living together without benefit of marriage, approaching them as friends, sharing a meal, and visiting over the fence, we shun them or make a comment about their living arrangements, defending our approach by our concern to make sure our children know right from wrong. Or, as in the examples at the beginning of this article, rather than embracing the broken, holding the hurting, or sharing a tear with the grieving, we expend our energy trying to assess blame—whether it has to do with motorcycle helmets, homosexuality, or alcoholism.

But being possessed by (an intentional choice of words) a judgmental spirit destroys all such ministry. We witness, in today’s church circles, a penchant for judgment that corrodes the way we deal with fellow believers and thus compromises our ability to love one another, to heal one another, to reconcile one another to Christ. Maybe more seriously, a penchant for judgment in our interaction with non-Christians makes it impossible to have any meaningful witness. We do not “adorn” the gospel by such an attitude. We make it ugly.

Dr. Sittema is pastor of Bethel Christian Reformed Church in Dallas, Texas, and a contributing editor of The Outlook.