Saturday, June 16, may have been a day of minor significance for many. However, not so for the some forty men, from various sections of Canada and of various Reformed denominations who made their way to the Annette Street Christian Reformed Church in Toronto. This day will be remembered by them and others, for then and there the first meeting was held of the Association for Reformed (Calvinistic ) Scientific Studies.

Under the provisional chairmanship of Mr. Peter Speelman, the meeting was called to order and opened with song, Scripture reading and prayer. In his opening words the chairman gave a short resume of the preparatory and planning activity of a small group of men leading up to the meeting and agenda of the day.

Then followed the address of the provisional chairman, “Om de Koning en de Naaste” (For the King and the Neighbor), in which the speaker clearly demonstrated the need of a distinctively Reformed witness in the Canadian and American world, and more particularly in our Reformed community. We are living in an age of secularization with all its counterparts of humanism, socialism, communism and materialism. The speaker emphasized the craftiness of Satan and of his determination to destroy the Kingdom of God. And his method at present seems to be to concentrate on destruction from within rather than from without the Christian Church. This expresses itself in a partial negation of God’s law and of the principles laid down in God’s Word. 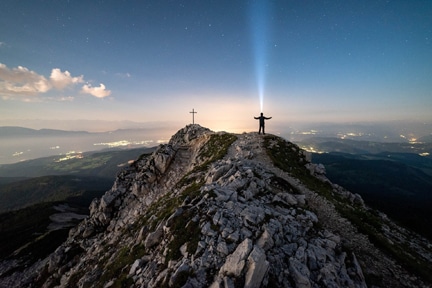 For the Christian the commission of God requires that he oppose this evil. In order that he may do this, he must have a close contact with God through his Word and a life of prayer. However, the Christian will also need knowledge in order to combat the falsehood of Satan. This necessitates advanced scientific study in every sphere of life. This is a must, not primarily to preserve oneself, but for the honor of the King and the service of the neighbor.

On the part of the Christian this will call for humility—but also courage. Reformed men and women must be willing to deny themselves and live by faith. And then, then only will they succeed in the establishment of a Reformed college (or colleges as the need may appear) and a Reformed university. “If God be for us, who shall be against us?” SOLI DEO GLORIA.

After this inspiring address and some discussion, the Association for Reformed (Calvinistic) Scientific Studies became a reality. A motion was made by the Rev. R. Wildschut in conjunction with the planning committee which read as follows: “That under the guidance of God, an association for Reformed (Calvinistic) scientific studies be established; that this association be based upon the Word of God as interpreted by the historic Reformed confessions (e.g. the three Forms of Unity, etc.); and that a board be appointed whose first task shall be to draw up a constitution.” This proposal was accepted unanimously. And again, the gathering was conscious of their dependence upon God to make this decision successful and therefore Psalm 25:2 was prayerfully sung.

A board of nine directors was then chosen with the possibility of additional members from western Canada in so far as their study of this matter will permit them to cooperate actively. The following were elected: the Reverend Messrs. Guillaume, Kouwenhoven, Tamminga, Schrotenboer and Vander Meer; and the Messrs. Nienhuis, Speelman (president), Vande Riet and Van Kooy. These brethren received the commission to draw up a constitution and to plan future action and propaganda. Their work and proposals will be discussed at the next general meeting in the fall of the year.

Nothing more being on the agenda, the Rev. F. Guillaume closed the meeting with .thanksgiving and a few remarks based on the closing words of Ecclesiastes: “Fear God, and keep his commandments; for this is the whole duty of man.” These words form the key for the Christian life, and also must be adhered to in respect to higher education. May we all be faithful, oh Lord, and be thou gracious unto us, so that through us “Thy kingdom may come and Thy will may be done on earth as it is in heaven.”