As We Have Forgiven Our Debtors: What Forgiveness of Others Really Entails

Jesus’ words in Matthew 6:14–15, Matthew 18:21–35, Mark 11:25, and Luke 17:3–4 are some of the clearest, unequivocal instructions in Scripture. The One who forgives our sins commands us to act in kind: “For if you forgive others their trespasses, your heavenly Father will also forgive you, but if you do not forgive others their trespasses, neither will your Father forgive your trespasses” (Matt. 6:14–15). The apostle Paul echoes this teaching, rooting this responsibility to forgive in the forgiveness we ourselves have received from God: “As the Lord has forgiven you, so you also must forgive” (Col. 3:13; cf. Eph. 4:32). Indeed, we affirm this every time we pray the Lord’s Prayer: “Forgive us out debts, as we also have forgiven our debtors” (Matt. 6:12).

There are, of course, situations where the need for forgiveness does not seem so clear cut. Can we forgive someone who does not ask for it? Should abuse victims be pressured to forgive their abusers? Does forgiveness excuse violators from any consequences of their actions? For the most part, however, we know that forgiveness is the clear-cut order of the day. Yet even then forgiveness can be difficult to extend.

In this article, we consider the topic of forgiveness. While pride and self-righteousness often get in the way of forgiving others, many times Christians do not understand the key elements of biblical forgiveness. In what follows, we seek out a better understanding of what forgiveness entails. 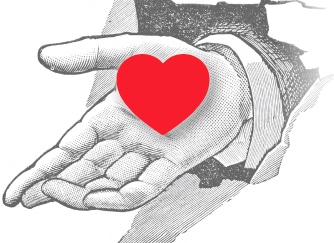 When Scripture does speak of our forgiveness of others, it expects us to model that on how God forgives us, as Ephesians 4:32, Colossians 3:13, and Matthew 6:12 bear out. Our forgiveness of others emulates nothing less than the mercy and grace shown to us by God Himself, albeit in an analogous human way. Thus forgiveness is, in the words of Ken Sande, a “costly activity.” Sande explains: “When someone sins, they create a debt, and someone must pay it. Most of this debt is owed to God. . . . But if someone sinned against you, part of their debt is also owed to you. This means you have a choice to make. You can either take payments on the debt or make payments.”2 We can withhold forgiveness and take vengeance (i.e., take payments), or we can release others and leave vengeance to God (i.e., make payments; cf. Rom. 12:19).

The Two Aspects of Forgiveness

Wilhelmus A’Brakel, a theologian of the Dutch Further Reformation (Nadere Reformatie), wrote that though forgiveness proceeds from a heart that does not harbor vengeance, hatred, or aversion. “An expression of the disposition of the heart does not always occur; rather it only occurs when the offender confesses his guilt and seeks forgiveness and reconciliation” (emphasis added).3 In distinguishing between the heart and the expression of the heart, A’Brakel describes the twofold nature of forgiveness.4 Consider two passages:

In a culture where feelings dominate, these promises keep us from making forgiveness contingent on our emotional state. These promises also help us to think constructively about the wrong. Instead of letting our feelings bounce us back and forth between bitterness and anger, we commit to a course of action that will glorify God by seeking our own spiritual growth and the growth of the person who has wronged us.

As we noted above, there are times when the command to forgive does not seem so clear cut. We hear of victims of abuse, rape, molestation, and neglect and wonder how we are to encourage them to forgive their abuser.11 We hear of theft, drug use, or adultery and wonder how forgiveness fits with consequences. If we do not make some important caveats, forgiveness will not seem to provide the freedom it is intended to give.

Fleeing to the Christ of Forgiveness

In conclusion, forgiving is necessary, God-glorifying, and freeing—but let us not forget that forgiving is also difficult. Even when we have made proper distinctions between attitudinal and transactional forgiveness, and even when we have avoided wrong views of forgiveness, each one of us faces a great hindrance: ourselves! The Heidelberg Catechism reminds us: “In this life even the holiest have only a small beginning of this obedience” (Q&A 114). For example:

We struggle with pride: we think highly of ourselves and do not like it when others do not treat us with the esteem we have assigned ourselves.

We struggle with self-righteousness: we think, “I would have never done that,” and thus distance ourselves from the one who has wronged us. Lane writes: “We fail to see how desperate and needy we are for the forgiving grace of God every moment of the day. . . . We have done far worse things to God than anyone has ever done to us.”17

We struggle with control: we think that our well-being ultimately hinges on our vigilance and refuse to do anything that we perceive as weak. Withholding forgiveness makes us feel strong, giving us the illusion that we are at least in control of the other person’s emotional well-being.

When forgiveness seems impossible, let us remember that in our own strength it is! But the wrongs committed against us should drive us to the One who was wronged to the utmost. When falsely accused, Jesus Christ, the innocent One, did not open his mouth. Our Lord did nothing to deserve the rejection and abuse He received, yet He still was able to say from the cross: “Father, forgive them, for they know not what they do” (Luke 23:34). By his perfect work on Calvary, Christ reconciled to the Father the vilest of offenders and now sends His Spirit, strengthening us and renewing us more and more after his image (Rom. 8:29; 2 Cor. 3:18; Col. 3:10).

When we have been wronged, let us look to the God of mercy, entrusting our pain to Him and asking Him to grant us the strength we need to forgive those who have sinned against us.

4. For a survey of terms describing this twofold approach, see Jones, Pursuing Peace, 196–98, an appendix titled “Forgiveness on Two Levels: What Others Say.”

11. For helping those who have been molested or abused, the Holcombs’ books are highly recommended. In addition to Rid of My Disgrace, see Justin S. Holcomb and Lindsey A. Holcomb, Is It My Fault?: Hope and Healing for Those Suffering Domestic Abuse (Chicago: Moody Publishers, 2014).

Rev. R. Andrew Compton is Associate Pastor at Christ Reformed Church (URCNA), Anaheim, CA.  He has been appointed as Assistant Professor of Old Testament studies at Mid-America Seminary to begin in June, 2016.