The most widely discussed subject in Christian school circles at present is the publishing of Christian textbooks This widespread interest is significant. It indicates the reaching of a new stage in the growth or—the Christian school movement.

During the first period of Christian school history there was considerable emphasis upon promotional activity. This is but natural, for the conditions of the day made this necessary. There were only a few Christian schools. The supporters of the cause were but few in number. Furthermore, a large percentage of those who confessed allegiance to the Reformed faith was not at all convinced that Christian schools were needed for covenant children. These folk needed instruction. There was only one way to contend with this situation and that was to concentrate on Christian school promotion. 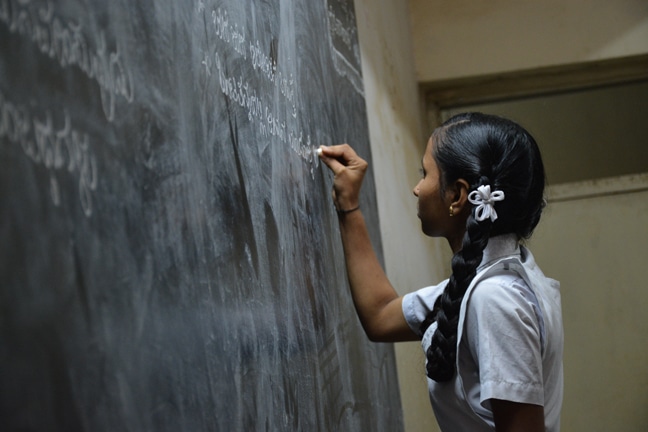 We should not conclude, however, that promotional activity was the sale concern of early Christian school supporters. They were well aware of the fact that it takes more than a parent controlled and directed school to provide adequate and effective Christian education. They realized that well trained teachers and Christian textbooks were also essential. But their resources were extremely limited. They did as much as they could with the little that they had. The solution to the problem of providing adequately trained teachers and Christian textbooks had to wait for a later day.

As the Christian schools increased in number and the Christian school movement gained in strength and permanency. the supporters began to agitate for better trained teachers. They knew that they had made only a beginning in their efforts to provide Christian education for covenant youth.

Various attempts were made to satisfy the demands for better trained teachers, but none of them proved very satisfactory or adequate. Finally the facilities of Calvin College were offered to the Christian school system. The authorities agreed to enlarge the education department and to plan courses so that the specific needs of those who were to teach in the Christian schools would be met. Throughout the years this arrangement has proved to be of great benefit to the Christian school movement.

During these same years the matter of publishing Christian textbooks also came in for its share of attention. In 1910 a group of Christian school leaders in Holland, Michigan, tried to organize a stock company for the purpose of enhancing a textbook publishing program. Their efforts were unsuccessful, but their attempts revealed a keen understanding of the problem connected with such an endeavor. Subsequently, a few Christian school teachers ventured into the textbook field. Their publications did not gain wide adoption, however, and the result was financial loss and discouragement for both the teachers and the publishers.

The last few years have witnessed a revival of interest. The growth of the Christian school system, the steady enrollment increases, and the successful building projects have developed a spirit of confidence. Christian school supporters now feel that they are ready for the textbook program. Their eagerness for action is revealed by their support of the Christian School Educational Foundation. This Foundation was set up in 1949 for the purpose of subsidizing the publishing of Christian textbooks and other educational projects that are designed to strengthen the Christian schools. Three annual appeals for contributions to the Foundation have met with generous response.

As we now enter this new era of Christian school history in which we take the third step in developing the Christian school system, it is well to pause for a period of reflection. Why did our fathers proceed as they did? What guided them in their action?

Time has proved that they were right in assuming that the first step was the promotion of Christian education. It has proven, too, that the kind of promotional activity they used was sound. They did not resort to the use of overstatement or make elaborate claims to gain support for the cause. Neither were they willing to compromise principles for the sake of gaining rapid growth. They proceeded slowly and carefully. They discussed basic principles, for they knew that commitment to principles leads to action. They argued for the need of Christian schools on the basis of belief in the sovereignty of God and the covenant. This sound approach, with the blessing of God, has given the Christian school movement a good beginning. We must not jeopardize the future of the movement by turning away from the course pursued by those who built this sound foundation.

Our fathers also had a wholesome respect for the Christian school teacher. They were conscious of the influence a teacher exerts in the lives of her pupils. It was that consciousness which constrained them to work toward securing a special training program for those who were to teach in the Christian schools.

They were not bothered with certification requirements in those days. The laws of the State did not compel them to take action. They acted voluntarily, for they recognized the strategic importance of the classroom teacher.

They would not be satisfied with teachers who had merely learned the principles and mastered the techniques of teaching, however. They wanted teachers who were well versed in and loved Reformed truth, teachers who were eager and able to inspire the youth with love for that truth. It was not merely teachers with training, but they wanted. It was training of a special kind training that developed understanding of and loyalty to basic principles.

As we now take the third step in developing the Christian school system. we should also be guided by that same love for basic principles. Well may we ask the question, Why have Christian school leaders throughout the years urged the publishing and use of Christian textbooks? The answer is not difficult to find.

They wanted Christian textbooks because this was demanded by the consistent program of Christian education which they had planned. They were eager to have their children learn to know God as he is revealed in both general and special revelation, in nature and in grace. It was a matter of conviction with them that such knowledge could be gained best when all the agencies involved in the child’s training, the church, the home, and the school, worked together and toward the same goal. They were convinced, too, that as these three agencies had to work together, so also the various elements within the program of each of these agencies had to work together. As in the home and the church every action had to be designed to influence the child for good, so every element in the school program had to be designed to help the child gain knowledge of his King. This called for Christian leachers, Christian textbooks, a Christian curriculum, and a Christian environment.

Our fathers also wanted Christian textbooks because they believed in the antithesis between the people of God and those of the world. They believed that the philosophy of the children of the world was not for the child of God.

They could not see how anything positively Christian could be built upon or with a philosophy that is a denial of Christianity. They were deeply troubled and concerned, therefore, about the use in the Christian schools of textbooks in which the positive and Christian philosophy was missing. It was a situation which they were very eager to remedy.

Shall we proceed along the course charted by our fathers? Shall we build on the foundation laid by them? It is at this point that we face danger.

Our Christian school movement is facing a crisis. The secularization of the public schools is leading many evangelicals to see the advisability of establishing Christian day schools. In view of this we are faced with a decision. We must make a choice. Shall we erase some of the marks of Reformed distinctiveness which identify our schools so thaI the evangelicals may be induced to join us and make our movement larger? Or shall we maintain our distinctiveness and continue to build more slowly but more surely? Our choice will determine to a great extent the kind of contribution we make in the field of Christian textbooks.

On the other hand, there is the growing tendency to ignore the antithesis between the children of God and the children of the world. Shall we cater to that tendency? Or shall we continue to maintain that there is an important and distinct antithesis with which we must reckon in the education of our children?

If we answer the first of these two questions in the affirmative, we shall not even need Christian textbooks. We can then use the contributions of the world to help the child build a Christian philosophy of life. But if we are convinced that the second course is the course to follow, then a large and full program awaits us. We shall then have to work diligently and give generously to support the publishing of Christian textbooks, books that are designed specifically to teach a positive and distinctive life and world view. We shall also have to exercise constant vigilance to make sure that our Christian schools are staffed with teachers who know and love Reformed truth. And we shall have to promote the cause of the Christian day school with greater zeal and on the basis of the fundamental principles involved.