One of the principal tenets of modernistic and “critical” scholars is that there are two accounts of creation given in the book of Genesis. This may come as a surprise to the average reader of the Bible. To the average reader the book of Genesis has always appeared to present a remarkable unity. It presents the account of creation, and then tells how God fashioned the Garden of Eden for man to dwell therein, and so sets the stage for the account of man’s first act of disobedience. This, however, is wrong, says the modernist. The unity which we think that we find in the early chapters of Genesis is illusory. In reality, we have two different narratives of creation, and these two narratives are in basic conflict the one with the other. 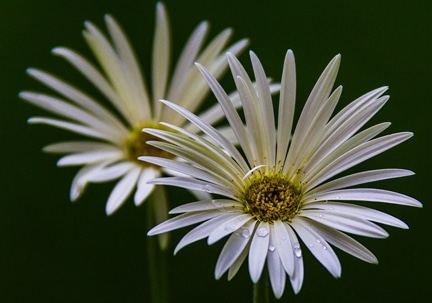 The first narrative is thought to be found in the opening chapter of Genesis and continues down through the third verse of the second chapter. Here, it is said, we have a transcendental deity who a creates the world by means of a divine fiat. The language in which the account is given is said to be measured and precise, and there is a frequent repetition of certain phrases. Furthermore, the work of creation is spread over a period of six days, and man is presented as the crown of God’s creative work. Anthropomorphic conceptions of God are said to be absent.

It is now often held that this narrative is not in its original form but that it is the re-working of an old mythical or mythological account which goes back to very ancient times. The priests of the period after the Exile were very careful, as they went over this narrative, to eliminate from it any traces of polytheism or ancient mythology and to mould it in accordance with the tenets of Judaism.

The second narrative of creation is said to begin with the fourth verse of chapter two and to continue throughout the chapter. This account is usually ascribed to the combined JE documents, and presents, we are told, an entirely different picture from that which was given in the first chapter of Genesis. For one thing, the language and the style are looked upon as quite different. Here it is freer and more picturesque than in Genesis one. The actions of God are related with more detail and are not confined to the utterance of fiats, such as let be, let bring forth, etc. Also, the representation of God is different. Here it is anthropomorphic. God forms man and breathes into his nostrils. He plants a garden and places man therein. He walks in the garden at the cool of day and converses with man. Here is an anthropomorphic conception of God, whereas in chapter one this element was lacking. Most important, however, is the complete difference in the order of creation. Whereas, in the first account, man was created in the image of God and was the last created being, here in chapter two, it is said, all is different. Here the order of creation is man (verse 7) , vegetation (verse 9), animals (verse 19) and lastly woman (verse 21ff.). These two accounts, it is maintained, cannot possibly be harmonized, and the only way to account for them is to assume that they are the work of two different schools of writers and represent two entirely different conceptions of God and the creation. Indeed, as one radical critic has suggested, the theological views of these chapters are separated by nearly five centuries of time. That is, the second account is almost five centuries older than the first.

The Relationship Between the Two Chapters

What shall we who believe the Bible to be the inerrant Word of God offer by way of reply to this contention of the “critics”? For one thing we can find refuge here, as is very often the case, in simply discovering what the Bible itself actually has to say. When we are willing to do this we make a very remarkable discovery. We note that in the second chapter of Genesis and the fourth verse there are these words, “These are the generations of the heavens and the earth when they were created.” Here in this sentence is the clue to the relationship which exists between the first and the second chapters of Genesis.

The word translated “generations” means “that which is produced or generated.” Hence, the sentence may be paraphrased, “These are the things which the heavens and the earth have produced.” The heading therefore tells us right away about the subject matter of the second chapter of Genesis. According to the heading, the Chapter does not deal with creation at all but rather with something quite different. It deals with that which has sprung from the heaven and earth. Consequently, when we say that the second chapter of Genesis is an account of creation, we are ignoring the claim which the chapter makes for itself. We are, in other words, mighty poor interpreters.

Do not the “critics” realize the force of this word “generations?” Do not they know that the sentence is a heading to chapter two of Genesis? The answer is that they do know this. They are painfully aware of the fact. However, they are ready with a remedy. This phrase, some of them say, is indeed a superscription to what follows. It is a superscription, however, which is out of place. It does not belong where it now is. Originally it stood at the beginning of chapter one and was removed to its present position by some unknown redactor or editor. In answer to this fancy, for it is but that, we would assert that there is no evidence whatsoever that this sentence is out of place. It appears in all the Hebrew manuscripts and in all of the ancient translations without exception. It is now where it belongs, and we have no warrant for assuming that it was ever anywhere else.

Are There Conflicts Between the First Two Chapters?

When then we accept the fourth verse of Genesis two for what it is, we may pay serious heed to what it says. It becomes d ear, if we do this, that we are not dealing with a second account of creation in chapter two, but with the preparation of the earth for man’s habitancy in the Garden of Eden. Let us therefore consider some of the supposed discrepancies between the two chapters.

In the first place the difference in style and vocabulary does not prove difference of authorship. The language is different because the subject matter and the purpose of the chapters are not the same. It is difficult to see how anyone could write about the subjects in the two chapters without using language such as that which is actually round.

Secondly, it is wrong to say that a different conception of God is found in the second chapter from that which was earlier given. It is surely not in accordance with the truth to say that one chapter gives an anthropomorphic conception of God whereas the other does not. Both chapters speak of God anthropomorphically. Indeed, since the human mind is finite and therefore limited in its powers of comprehension, it can only speak of God in an anthropomorphic manner. It is true that the second chapter of Genesis mentions God as planting and breathing, but the first chapter pictures Him as speaking, dividing, seeing, calling, etc. All of these are anthropomorphisms. It is only a shallow and superficial criticism which would seek to assign the chapters to different authors on grounds such as these.

It must be obvious to any careful reader of Genesis that the second chapter does not purport to give a chronological order of statement. If we are to press chronology we get nonsense. In verse seven we are told that God formed man of the dust of the ground. Next, in verse eight we are told that God planted a garden and then placed the man there. Where was the man, we may well ask, while the garden was being planted? In verse nine we are told that the trees of the garden were made to grow. Hitherto, if we are to press the words, there had been no trees in the garden. In verse fifteen God again puts man in the garden, although, according to verse eight, He had already placed the man there.

Now it must be apparent that if we press the chronological order of statements, we get no meaning. This is true, no matter who wrote the chapter. Hence, it is most unjust to press the statements of this chapter and insist that they teach a certain chronological order, and then to contrast that order with the one found in the first chapter. It is, we insist, most unjust. It should be obvious to anyone who will read Genesis two thoughtfully that the chapter does not purport to give a chronological order. Its purpose is quite different. Its purpose is to give a topical order. It picks out certain important facts in connection with the preparation for the temptation and fall and lays its stress upon those facts. This it docs without regard to considerations of chronology. The second chapter is concerned with emphasis, not with chronology.

On the other hand the first chapter is concerned with chronology. Here we meet with the familiar first day, second day, third day. Here everything is related from a chronological standpoint. Here it is important for us to know what God did first and what He did second and so on. But it is a most unfair criticism to look upon these two chapters as being two different accounts of the same thing and insisting that they must come from different authors because they present a different order of events, This unjust charge has been presented all down through the nineteenth century in “critical” introductions to the Old Testament. And it is repeated, parrot like, by scholars of the present century. With all our hearts we protest against this monotonous repetition of an unjust criticism of the Bible.

The First Two Chapters of Genesis

We may bring this article to a close by glancing briefly at the relationship of the first two chapters. Chapter One is monumental. It gives us the grand opening declaration of the fact of absolute creation. This it follows with an orderly progressive statement of the work of God in forming the world “desolate and waste” into the present well·ordered universe. Chapter two narrows down greatly its subject matter. It is not concerned with the creation as such. It is concerned with the preparation of the Garden of Eden and with setting the stage [or the account of man’s temptation and fall. To do this it lays stress upon certain subjects, the garden, man, the principal actor, and the trees of the garden, Last of all, since she was used in the temptation, woman is created to be a help for man. A help—that is the great emphasis which appears with the creation of woman. Thus, the contrast is all the greater when in the third chapter the help appears as the one who gave to her husband the forbidden fruit.

There is a wondrously close relationship between these two chapters, and we do well to consider it often. That there are two accounts of creation however, is one of those figments of the “critical” imagination which has no foundation in fact.