The dictation theory of in­spiration brings to,focus some of the central issues concerning the doc­trine of inspiration. Evangelical think­ing has fretted at the word dictation and yet tended to gravitate towards the concept. Liberal scholars have used the word to caricature the doc­trine as mechanical, rigid and incred­ible in terms of human psychology. It is asserted that it is impossible to hold to verbal inspiration without affirming dictation. If God has indeed inspired every word of the original text of the Bible, then every word is in some sense dictated by God, and the bibli­cal authors therefore are no more than stenographers who mechanically and impersonally took down the Lord’s dictation, word for word, in every jot and tittle.

Against this argument evangelical thinkers have been singularly helpless. If God is the creative author in the sense that Scriptures and evangelical Christianity assert, then the text has in some sense been dictated. How­ ever, the word “dictation” carries a plain implication of a mechanical use of the human authors which is totally alien to the meaning of inspiration. The authors asserted themselves to be possessed and used by the Spirit of God, not mechanically dictated to. The word dictation is descriptive in that it asserts the full authorship of God, but questionable in that it im­plies the mechanical use of men whose mark is all too clearly seen on every page of Scripture. What, then, is the answer to this dilemma? 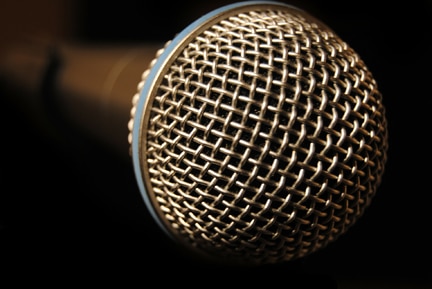 It should be noted that this prob­lem is very closely related to the gen­eral question of God’s sovereignty. It is a more specific form of the broader question which asks if a man’s acts can be personal and free when they are asserted at the same time to be totally God-controlled, foreordained and predestined. More specifically, how can both God and man be the free and personal authors of the same text? Must we say that the activity of God goes so far and no further, or must we assert that the activity of God and man are simultaneous and coextensive and yet somehow both fully personal?

Historically, the problem has arisen with special intensity where the abso­luteness of God has been denied in proportion as the freedom of man is maintained. It is therefore a by-prod­uct of the basic problem of theology,

the doctrine of God. As a result, it is not surprising to find that the answer to this dilemma is to be found in the philosophy of Cornelius Van Til, as he deals with the basic problems of the doctrine of God and epistemology.

The common assumption of men is that the universe is impersonal, and that God and man alone are personal. Moreover, it is assumed that man ceases to be personal to the extent that he is predestined by God and de­ termined by causes within the uni­ verse. In other words, it is taken for granted that a personal act can only be an individual act. As Van Til states it, the assumption is that “a personal act of man cannot at the same time, but in a different sense, be a personal act of God…(It) assumes that either man of God act oersonally at a certain time, and at a certain place, but that they cannot act personally simultaneously at the same point of contact…that personal activity on the part of man must always be at the expense of the personal character of that which surrounds him” (Van Til: Metallhysics of Apologetics, p 64).

A tremendous fallacy is involved in this paint of view. First of all, it de­ personalizes the universe which sur­rounds man and assumes that it has an existence which is independent of God. But, if God created all things, then all creation is understandable and has meaning only in terms of God and his creative purpose. And if all things have meaning only in terms of God, and have no independent do­main of meaning or existence, but are creatures and creations only, then the personal God gives personal meaning to all things. We live therefore, not in an impersonal but highly personal universe because the sovereign God is a personal God. Whenever and wherever we deal with the universe and the things therein, we are at the same time dealing with the personal God. Man never steps out into an im­personal universe. At any and every point, he deals with the personal God, and, even in dealing with himself, he still deals with God’s creation and the personal God who, having made him, deals with him personally in every fibre of his life and being.

Second, if man too is a created be­ ing whose life and meaning can only be interpreted in terms of God’s per­sonal will, then man also is personal precisely because he is the creature of a personal God and created in His image. Man finds his true personality, not in a domain independent of God, nor where God’s activity supposedly ends, but precisely in dependence on God and in harmony with his activ­ity. Man was therefore most fully and truly personal when he lived obe­diently in Paradise, thinking God’s thoughts after Him and working out the implications of the divine inter­pretation of reality.

Third, it is now apparent that since all creation has meaning only in terms of God’s creative will, all creation gives us personal facts. And man be­ ing a creature, man is truly personal to the measure that he accepts this fact concerning creation and himself. Augustine said, “Our hearts are rest­less till they rest in Thee.” Van Til makes clear that man is most himself, most free and personal, when he most fully lives in terms of God’s creative purpose. Thus, the personal activity of man is not in conflict with or inde­pendent of the personal activity of God but in subordination to it. Man is therefore most truly personal and free when he best fulfills his created purpose, when he is most Spirit-filled, most God-controlled; he is personal and free because foreordained and predestined. The only way to assert man’s freedom and personality is to declare God’s absolute sovereignty.

This makes clear what the doctrine of inspiration involves. The writings of David, Jeremiah, Ezekiel and Paul are fully free and personal precisely because they are fully inspired. If we possessed non-biblical and uninspired writings of these men, they would in­ deed be of interest but markedly less personal and less revealing of these men. Thus the word “dictation” is accurate in implying God’s authorship, but wholly erroneous in its inference that man’s role was mechanical, rigid, and impersonal. Because man is a created being, he is free to the meas­ure that he fulfills his created purpose, to glorify God and enjoy Him forever. The more godly we become, the more freely and personally we live. And the writers of Scripture were most fully and freely themselves, most per­sonal, when they were inspired of God to write the inerrant Scriptures.

Failure to understand this signifi­cance of the doctrine of inspiration means, therefore, a failure to under­stand the doctrines of God and man. The whole of man’s life is part of the personal creative activity of God and as a result the free and personal activ­ity of man. Their areas of personal activity are not exclusive and isolated, but coextensive and simultaneous. In­spiration hence is no mechanical pro­cedure but the authoritative work of the personal God by means of the fully personal and free activity of man. As such, the doctrine is of tre­mendous importance, not only in terms of our conception of Scripture, but also our conception of God and man.