“Paul, an apostle of Christ Jesus through the will of God…” Ephesians 1:1

All Scripture is equally inspired, but not all Scripture is equally impor­tant. First Corinthians 15:3 obviously is more important as a statement of truth than is I Chronicles 11:22. With this issue we are commencing a series of devotional studies of a section of Scripture that is regarded as one of the richest and most important in the Bible, one in which the Holy Spirit unfolds much of the purpose and love of God to his elect Church. The Epis­tle to the Ephesians, which William Owen Carver calls “the supreme Christian document…The great­est piece of writing in all history,” and which Edgar J. Goodspeed is con­ strained to describe “a great rhapsody on the worth of the Christian salva­tion,” contains within its brief com­ pass more ennobling doctrines and moralities, more spiritual earnestness and sublimity, than any other corre­sponding discussion in the Bible. And it is important to observe at the out­ set that all its treasuries of wisdom and knowledge, of exhortation and love, of duty and faith, of the hopes of the believer and the mysteries of God, are valuable only as they center in and flow from the living person of the Son of God, the Head of the Church and of the whole creation, to whom it is the purpose of the Holy Spirit to draw us, and in whom alone we find satisfaction and repose. 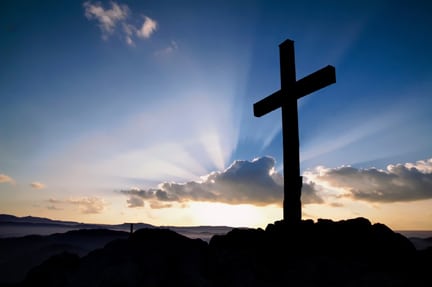 Perhaps it is no exaggeration to say that the Christianity we generally meet up with today is not that fear­ less, unhesitating, victorious power of God in the soul which in the days of the apostles and of our martyred fa­thers shed over the believing Church such brightness and glory. And when we are asked what can be done about it, we must be dogmatic and reply that the remedy for all this is our realized standing in the risen, reign­ ing Head of the Church. Only there can renewal be found. The Church today must again study and practice the implications of the great fact that Christ’s people died in his death, rose with him from the grave, and now are seated with him in the heavenly places. We look, not only up from earth to heaven, but, according to Ephesians, we look down from heaven to earth. And that means, for one thing, that in Christ and from his heavenly position we contemplate the vanities and temporalities of trespass­ing world.

The author of Ephesians is God; the writer is a servant and an apostle of God. Paul names himself an apos­tle in several places (cf. Colossians 1:1; I Timothy 1:1; II Timothy 1:1). It was the appearance of Jesus Christ on the road to Damascus which changed him from a fierce persecutor into an apostle. This was the turning pOint in his remarkable career, and he consulted not with flesh and blood. He had now seen the Lord and was in so far qualified to be an apostle. The life of Paul is a puzzle to anyone who denies the fact of the superna­tural. He himself testifies that the pivotal circumstance in his career was the glorious and miraculous appear­ance of Christ to him on the Damas­cus road (Acts 22:3–21; 26:1–23).

This man Paul confronts us at many points in the New Testament. Next to Christ himself, he exerts an influence that is nothing short of tremendous. He is the author of thirteen, and pos­sibly fourteen, of the twenty-seven books of the New Testament. If the book of Hebrews was not written by him, it certainly is the utterance of his teachings.

Paul is commonly known as the apostle to the Gentiles. His mission­ary journeys made the Gospel a uni­versal religion. He regarded his mis­sionary commission as a “debt” which he owed the Gentiles (Romans 1:14). It is not too much to say that Our un­derstanding of Christianity depends to a large extent upon our understand­ ing of Paul’s writings.

Paul was an apostle “through the will of God.” It was not a specula­tion that sent him forth on his mis­ sion. It was not that he concluded it would be the best way to spend his life. He who saved him sent him forth! It is a great thing, wherever one is stationed in life, to recognize that one is there by the will of God. And it is a most important thing to be faithful wherever God wills that we shall b e stationed. We can serve God’s Kingdom in the kitchen, at the cobbler’s bench, behind the mer­ chant’s counter, in the pulpit, in the classroom, behind the executive’s desk, yes, wherever the Lord puts us.

O God, who hast built thy Church upon the foundation of the apostles and prophets, Jesus Christ himself be­ ing the chief Corner Stone; grant that by thy Spirit all Christians may be joined together in the bond of peace, that they may be a holy temple ac­ceptable unto thee. Amen.