The most noteworthy difficulties with the historic, literal, six day interpretation of the creation account cited by those who hold opposing views can be summarized as follows:

In an effort to reconcile these alleged “difficulties”, it is posited that the creation account of Genesis is not to be read literally; nor are the days to be understood as ordinary days; nor are we to understand that God’s creative activity took place in the chronological order of six days. Rather, the creation account is to be understood as a “literary device” given to teach us that God is the Almighty Creator but it is not to be read as an account that tells us how God created. But that immediately confronts the church with two questions: 1) do these problems actually exist and, 2) is there hermeneutical and exegetical warrant to resolve the difficulties by way of the framework hypothesis approach? 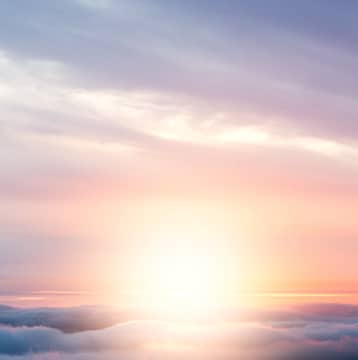 Do These Problems Really Exist?

1. Can it be argued from Scripture that, since the sun was not created until the fourth Day, there was no way to measure the length of the first three days and therefore they may well have been something other than ordinary days? I think not. Although it is true that the first three days were without the sun, they were not without light. “And God said let there be light and there was light.” (Gen. 1:3). This light, whatever it was, was created on the first day. “God called the light ‘day’ and the darkness He called ‘night’.” (Gen. 1:5a).

It appears from this verse that the light which God had made functioned in a way similar to the sun, in that it was not always to be daytime. Also nighttime was to have its regular place. “And there was evening and there was morning, the first day,” (Gen. 1:5b) that is, nighttime and daytime, making one day, separated by the light which God had made. The first day began in darkness with God’s work of creation “in the beginning.” This darkness was followed by the creation of light. The first day ended with the coming of evening, which was counted with the following day (Gen. 1:8; similarly with the other days, Cf. vv. 13, 19, 23, 31). In view of the way the first day was made, it is understandable that the Bible considers a day from evening to evening (e.g. Lev. 23:32;), but it is not legitimate to discount the first day as an ordinary day simply because the sun had not yet been created.

2. Can an argument be deduced from Scripture that since God’s day of rest is “eternal” therefore the other six days could also have been something other than six ordinary days? I think not.

The Fourth Commandment is based on a literal understanding of the seven “days” of the creation week. If it weren’t, the Fourth Commandment would make no sense at all. Would it be plausible to suggest that Moses uses “days” in two different senses here and is saying: “Six (normal) days you shall labor and do all your work, …. for in six (varying or undefined length) days the Lord made the heavens and the earth….”? If the command to man to labor six days and rest one day refers to literal days, and no one disputes that it does, then it must follow that the days of the creation week, which were set forth as the basis for man’s week, were also literal days. When Moses gave the law to the Israelites, they knew what “days” were. The Fourth Commandment obligated them to follow the pattern for labor that God Himself had established at the beginning. If the days of Genesis 1 are not ordinary days, then the Fourth Commandment makes no sense, either to Israel or to us. It is illegitimate to conclude that the day was not an ordinary day on the basis of God’s eternal rest.

3. Can it be argued from Scripture, and especially from Gen. 2:5 that God’s creative activity involved only “ordinary” providence? It is at this point that a major exegetical error is made by those who hold to longer time periods.

First of all, Gen. 2:5 follows Gen. 2:4 which begins with an “ELLEH TOLEDOTH,” a phrase which is used no less than ten times throughout the book of Genesis. Each time it is used as an introduction to a new section of information which builds on the previous information but is not a part of it. So too, in this instance. Gen. 2:5 builds on Gen. 1 but functions as an introduction to new information. Therefore to interject it back into Genesis 1 is illegitimate.

Secondly, “ELLEH TOLEDOTH” means literally “these are the generations of,” meaning “this is the product of,” not “this is the source of.” The nature of “ELLEH TOLEDOTH” can be found in Gen. 5:1 where the names that follow are clearly given as the descendants and not the ancestors of Adam. Thus to interject the ELLEH TOLEDOTH of Gen. 2:4 back into Genesis Chapter 1 flies in the face of its own meaning. The Special Committee of the RCUS explains it this way:

All this is to say that Genesis 2:4ff. is not a second version of the creation narrative. The account of the creation of heaven and earth concludes with Genesis 2:3. Genesis 2:4 begins with the phrase “these are the generations”. Many years ago, Dr. Young demonstrated that this phrase, which occurs several times in Genesis, always introduces the results of the previous section with a view toward analyzing some aspect in greater detail. Thus, Genesis 2:4 introduces a new section that concentrates on one part of the completed creation, namely the creation of man. It first considers the environment in which man would appear and then narrates the creation of man and his helper. Thus, Genesis 2:5 functions as a detailed description of an already created world with specific information relating to man’s place in that world. This being so, Genesis 2:5–7 anticipates the story that follows. Its function in the narrative is akin to the heading or subheadings of a newspaper article. That is, they provide the basic story, but the details of that story come in what follows afterward.

Rev. Mark Zylstra is the pastor of the Allendale United Reformed Church in Allendale, Michigan.