This past January those of us who are us citizens had to sadly acknowledge that abortion has been widely and legally available for a full 25 years. In spite of the diligent efforts of many of our “pro-lifers,” some 30 to 40 million children, teenagers and young adults are missing from our country. And this should break our hearts.

As we ponder what can be done in the future that might save some lives, I think it is wise to consider some of the main cultured Shifts that relate to abortion, as well as the long-range methods of Christian influence (not just political activism) of the Christian faith, including rolling back the influence of the Sexual Revolution and reducing the effects of Postmodernism. The size of the task must not be underestimated.

A culture is a more or less unified set of customs, beliefs, values, attitudes and platitudes that heavily shape the common life of a group of people, including their political and legal structures. North America and these different cultures sometimes bump into each other. And yet it is possible to identify cultural patterns and Shifts that effect almost all of us, for we Americans are a partly unified culture.

In our time (I am 43) we have seen two very important and related cultural shifts: The Sexual Revolution and the onset of Postmodernism. Both of these shifts have heavily influenced the way people think about abortion and all the philosophical, political and legal questions related to abortion. 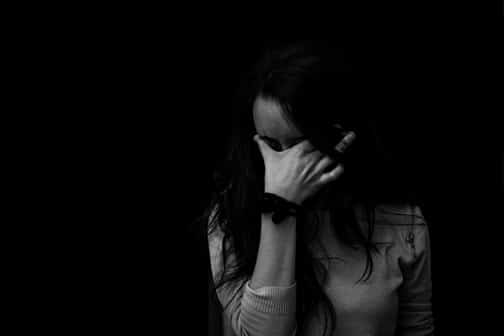 Prior to the Sexual Revolution of the 60s and 70s (which is still growing in influence), it was a common American assumption that marriage should be for a lifetime and that sex should only be within marriage. Of course Christians should immediately recognize that these are Biblical ethical standards, but they were widely accepted outside Christian circles as well. This is evident in the secular movies from the 1940s and 50s. This does not mean that everyone followed these principles, but in polite or educated circles it was not socially acceptable to advocate breaking them. By the early 70s it was evident that a broad cultural shift was occurring. “Free love” and divorce were suddenly acceptable. And even though the percentage of Christians may not have changed much, the accepted values did change, and Christians either led or followed the move away from historic Christian sexual ethics. Right in the middle of this change came the Supreme Court ruling in January, 1973, allowing abortion. Without the cultural context of the Sexual Revolution, Roe V. Wade is scarcely imaginable in American life. Easy divorce, sex without marriage and easy abortion became the three legs of a new cultural pattern. I am tempted to say that divorce, sex outside of marriage, and abortion are now as American as motherhood and apple pie, but I am not so sure that motherhood is very American anymore. (I’m not too worried about apple pie.)

If this is true, it follows that in order to see substantial restraints on abortion we are going to have to simultaneously find ways to make divorce and sex outside of marriage seem culturally unacceptable again. Perhaps we should think of them as a three· fold evil “spirit” that has possessed American culture, or more likely we should think of them as “principalities and powers” (Eph. 6:12) with which we have to do spiritual battle. The three sins very naturally support and encourage each other. The acceptability of sex outside of marriage leads to the desire for easy abortion while also undermining lifetime marriages. The easy availability of abortion and divorce tends to promote very casual attitudes toward sex. Christian leaders have to address the whole sinful package both within and without the church.

Making this task much more difficult is the onset of Postmodernism. Only recently have we been using this term, but this many-headed monster has been growing for some time among us. Most prominent in the children of “Baby·boomers,” this new cultural pattern refers to the complete loss of values, beliefs and traditions. At its core is the loss of belief in any kind of Truth, and therefore the loss of belief that Right and Wrong exist. Not so long ago on TV and in newspapers one found the assumption that Truth existed. Now our postmodern neighbors think that all “knowledge” we have is constructed by people, whether socially or individually. In a philosophy class I taught this fall a student argued that society could properly decide tomorrow that 2 + 2 = 5, and much of the class seemed to agree. (Czech students generally follow American popular culture and think more or less the same.) Another extreme example is found in the educational theory called “constructivism.” Rather oversimplified, constructivism says that because all knowledge is a human construct, students should be encouraged to construct new knowledge, even if that is quite different from what people knew in the past, regardless of the subject matter I hope students are encouraged to construct the ideas that killing and stealing are wrong. One of my first classroom encounters with true postmodernism came from a college student in Iowa City about five years ago. She argued that ethics is a matter of taste; some people prefer candy and others like ice cream; the same is true on any supposedly ethical issue.

Postmodernism has made dealing with the ethics of sex, divorce, and abortion much more difficult because traditional moral arguments do not work very well anymore. If you argue that premarital sex is wrong, one is liable to hear that what is wrong for one person is not wrong for another. If you argue that a fetus prior to birth is fully human, you are liable to hear the response that Truth does not exist, probably phrased as “What is true for you is not true for me.” This makes perfect sense for the person who thinks 2 plus 2 could truly equal 5 if we so desire. I suspect that the type of argument that may work best with these people will be about what “works,” not about what is “true” or “right.” The analogy will be with a computer program that either works or does not, and that is an experience that most postmoderns share.

We Americans are clearly living in a time of extreme moral/cultural chaos, though some of the effects of it are covered up by our strong economy. This chaos makes it tempting to say, “Let’s withdraw from the world to form our own Christian communities where everyone agrees that the Bible is the Word of God, and where we have a standard for Truth, a standard for Right and Wrong.” Personally I would find that attractive, and I suspect that many American Christians unconsciously think this way part of the time. The good jobs that so many Christians have is probably the influence that keeps us from saying this more often. When we open the Bible we find that Jesus completely rejects the idea of withdrawing from a chaotic, sinful world by telling us to love our neighbors. Jesus sharpens the point by telling the story of the Good Samaritan. Many of our neighbors have been beaten up by the Sexual Revolution and by Postmodernism just as deeply as the man who was helped by the Good Samaritan. Christian love requires that we battle the cultural values that make life a living hell for some and have led to the deaths of millions of others. Anything less makes our Christian profession of faith look rather hollow. Faith has to be active in love.

I wish there was an easy prescription for what we should do to repeal the Sexual Revolution and roll back Postmodernism so that abortion could be effectively restrained, but I do not know what it is. However, there may be a hard prescription, and in following articles I hope to make some suggestions about what it is. A couple things should be said now.

The first is that we desperately need strong Biblical churches. Francis Schaeffer suggested that the Sexual Revolution in America is the result of the great apostasy in the churches of a generation earlier. His basis was Hosea 4:12, 13: “A spirit of prostitution leads them astray; they are unfaithful to their God. They sacrifice on the mountaintops and burn offerings on the hills, under oak, poplar. and terebinth, where the shade is pleasant. Therefore your daughters turn to prostitution and your daughters-in-law turn to adultery.”

This sounds like God punishes spiritual adultery with sexual adultery. The spirit of unfaithfulness that started in the religious realm also comes to expression in the sexual realm. Schaeffer claimed that a great apostasy started in the American churches in the 20s and 30s which led to the Sexual Revolution a generation later. If this is true, it holds out the promise that huge numbers of faithful churches could change things, maybe leading to a kind of cultural repentance.

In a faithful church there will have to be not only an enthusiastic, skillful preaching of God’s grace and His law, but also effective pastoral care to make sure the message is internalized. People in our churches not only share in sin in general but many follow Postmodernism and the Sexual Revolution as well. There needs to be aggressive evangelism and also real practical love to people in all types of need. There needs to be observable, heart-felt love within a church, and also deep prayer and worship. The spiritual renewal of the churches will not only reshape the thinking and actions of the members; it will draw others in and multiply the impact in the broader community.

The second thing that needs to be said now is that Christian schools have a valuable role to play. In Prague, Czech Republic, we are finding that parents who are not yet Christians are quite happy to send their kids to a Christian school. It may help that the tuition is less than the other English-speaking international schools in town, but the parents also seem to be pleased by the moral-cultural-educational sanity found in a Christian environment. Even if these students do not become Christians, they will probably graduate with a very different set of values and cultural standards than they would have otherwise. If a creative solution could be found for the tuition problem, I suspect that many of American non-Christian parents would choose a Christian school for their kids. If the schools did their job well, the students would be set free from the shackles of the Sexual Revolution and Postmodernism, even if they did not become Christians. Vastly increased numbers of graduates from high quality Christian schools may be what is needed to make a dent in the abortion problem. Christian schools may need to broaden their vision of what their mission should be.

Tragically, abortion has become deeply rooted in American thought and culture. More political efforts are probably needed to keep the issue alive, but they will not bear a lot of fruit without a large cultural transition. Lord willing, I will try to make some suggestions about how to do that in three future articles.

Dr. Johnson is a PCA minister serving as a professor with the International Institute for Christian Studies in Prague, Czech Republic.