The message of the resurrection of Jesus Christ is a message of victory. It is a message that has swept the world for centuries beginning already on that first Easter Sunday when the women ran from the tomb to inform the disciples of the good news they had heard.

This incredible message did not start in New York or St. Catherines, Escondido or Grand Rapids. The wonderful message of victory was first heralded in Jerusalem—the very place where Jesus was crucified.

Jerusalem was the city that one Sunday morning suddenly found itself with an empty tomb. The travelers to Emmaus tell the Stranger who joined them that whole city was abuzz with the news! Any doubters could have gone to the place where He lay and seen for themselves the empty sepulchre.

Were the tomb not empty, it would have been the first place the Sanhedrin and the Pharisees would have checked to renounce the message the disciples started to preach in the synagogue every day. They would have produced to bones of the Nazarene to disprove His resurrection, but they could not. He was not there. He was risen, even as He had said. 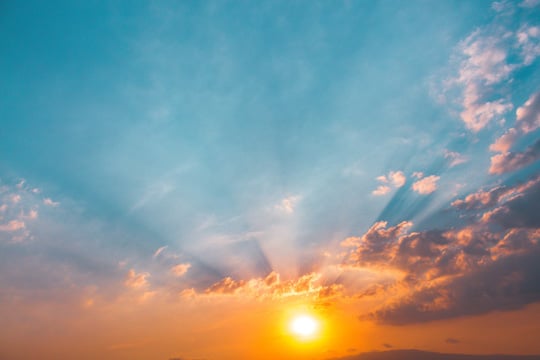 It was the Sanhedrin and the Pharisees who insisted that the tomb be made as secure as possible. Guards were to be posted. The governor’s seal was to be placed upon the stone marking the opening of the grave. None would dare come, none would dare disturb the fortress prepared for the One who claimed to be the Christ.

The guards who fled from the scene of the alleged crime reported that the followers of Jesus had stolen the body. No investigators were sent to the alleged crime scene, no warrants were issued, and no arrests were made. Authorities should have been looking for the twenty or more men that it would have taken to push the huge and heavy stone uphill against the gravity that had rolled it into place.

Had the guards truly been asleep, as they reported, they would have faced severe punishment from their authorities. Falling asleep while on duty was a crime punishable by death. You may recall that it was that kind of punishment the Philippian guard feared when he thought his prisoners had escaped. No punishment was levied, however. Instead the guards were made all the richer for their alleged drowsiness.

The authorities should have been looking for a body, as well. Unfortunately (for them), they could not find one. Perhaps they did not look hard enough. After all, for the next forty days, the body of the One who had lain in the tomb appeared several times throughout Jerusalem.

The followers of Jesus did not expect a resurrection. Even though Jesus had instructed them to anticipate it, the disciples were not prepared for such news. In fact, they did not believe the women who had been to the empty tomb and heard the voice of the angels. It simply could not be. Not until they saw Him with their own eyes and dined with Him did they know the truth: Jesus is alive!

Their response was like that of anyone who would witness the resurrection—tell everyone! And where else to start but in Jerusalem? If this had been a hoax contrived by the disciples they would have started in the surrounding areas. There the ministry of Jesus had been favorably received. There Jesus had performed many miracles. Certainly the tickling ears of those who believed in Him in the outlying regions would have welcomed the news of a resurrection. Some had even witnessed the Nazarene raise others form the dead.

But the disciples did not begin to tell the victorious message in the regions around Jerusalem. Instead, they begin in the very city that had witnessed His death—even caused His death. They began in the very place where the religious leaders had plotted against Jesus.

Years earlier, the prophet Isaiah had spoken of the victory of resurrection: “Your dead will live; their corpses will rise. You who lie in the dust, awake, and shout for joy” (Isaiah 26:19). Throughout the Book of Acts that victory message was carried on by the disciples. Now it must be a message that is carried on by each one of us who have met the risen Savior and call Him Lord.