“But you know that he appeared so that he might take away our sins. And in him is no sin.”

It is interesting to observe the way John treats the matter of holiness and righteousness. His appeal to holiness is always made in terms of doctrine—that is, it is always made with the absolute truths of Scripture in mind. Our call as Christians to be holy is never isolated. It always comes from a true understanding of Jesus Christ.

Holiness is a matter of working out what we believe. Since that is true, it stands to reason that if we do not practice holiness, then we really do not have an understanding of the truth of the gospel. If we do not understand the fundamental truths of the gospel, then there is something terribly wrong with our view of the Christian life.

John began his epistle by writing about the dangerous idea of self-perfection. He wrote, “If we claim to be without sin, we deceive ourselves and the truth is not in us” (1 John 1:8). Some people have the mistaken notion that they are already perfect or that they can attain perfection while they are still here on earth. They view sin as specific actions done willfully against God’s will. They never stop to realize the pollution of sin or the power it has over them.

John points out the danger of taking our sin too lightly so that we dismiss it in some inadequate way. He writes, “Everyone who sins breaks the law; in fact, sin is lawlessness” (1 John 3:4). That is what sin is. It is not just some sort of weakness on our part.

In 1997, Time magazine reported that scientists claimed they had discovered a chemical in our bodies called dopamine that gives us a certain high to which we become addicted. People become addicted to alcohol, drugs, tobacco, or pornography in order to have this chemical reaction take place. So the bottom line for some scientists is that we poor human beings can’t help but become addicted.

Let me tell you something: sin is not a result of dopamine. It is the result of the dope in me. Sin is a transgression of the law of God. It is disobedience to his holy will. Our failure to realize that only shows how deeply caught we are in the trap called sin.

If you do not understand sin, the whole reason for God’s Son coming into this world is unclear to you. The problem is simple: we are guilty. We stand condemned before God through his law.

What the Law Requires

In Genesis 3, sin was introduced to the world as Satan tempted Eve to break God’s holy law, and she disobeyed God. Mankind, in his folly, listened to the words of Satan rather than the word of God. That is lawlessness, and it is what Satan wants you to do every minute of the day. He wants you to ignore the Word of God. He wants to render us guilty in the sight of God according to the law of God.

And so here we are—guilty of not listening to God and, instead, of listening to Satan. And so now here we are—under the wrath of God deserving and awaiting his punishment upon us because of our sin. If you understand sin in that way, John says, you will understand the reason Jesus had to come into this world.“You know that he appeared so that he might take away our sins.” That is the whole purpose of Christ’s coming into this world, and we have to view his coming in light of that statement.

Why Did God’s Son Come?

First, God’s Son did not come into this world to give us only a revelation of God. That certainly is part of his reason for coming into this world. Jesus said, “Anyone who has seen me has seen the Father” (John 14:9). Some people will contend that the only reason Jesus came into the world was so that we can come to know God better.

Why do we need to know God better? Why don’t we know him well enough already? We were created with the ability to know and serve God in true righteousness. What happened? Sin happened. We no longer know God the right way, and we need Jesus to show us.

Another thing that Jesus did not specifically come for is to be our example. Certainly he is our example, and a more perfect example you will never find. But why do we need an example in the first place? Why do we need someone to show us how to live? We were made righteous and able to live in harmony with God’s will. What happened? Sin happened. Now we need an example to show us how to live properly.

Jesus came for one reason: to save us from our sin. He came because of the predicament we have placed ourselves in regarding the law that God gave us. The fundamental problem is our relationship with God in light of our disobedience to his law. Only as we understand the whole problem of sin in light of God’s law can we begin to understand why Jesus came and why he had to go to the cross.

Jesus came because he had to come if we were ever going to be saved. There was no other way through which we could ever be rescued and redeemed but through Jesus Christ. Jesus came because of what sin has done to us.

Once John has pointed out our lawlessness, the first thing he tells us is that Jesus was without sin. He was perfect, spotless, and blameless. He was born without sin. Not only was there no sin in him at birth, but throughout his life Jesus committed no actual sin. He always honored God’s holy law, obeying it fully and carrying it out perfectly.

The fact that Jesus had no original or actual sin is absolutely essential to our salvation. The problem with the human race isn’t only the guilt that we have because we are sinners. To be merely forgiven is not enough. We have to keep the law. We are called to be holy even as God is holy. Unfortunately, we are so totally depraved that we cannot keep it. Even our best works are tainted with sin.

Jesus Christ, however, kept the law for us. By doing so, he dealt with the problem of our guilt by providing the perfect sacrifice for our sin.

In the Old Testament we can read all about burnt offerings and sacrifices. Through them, the people of Israel were continually reminded that the wages of sin is death. “Without the shedding of blood there is no forgiveness” (Heb. 9:22). A sacrifice had to be made to atone for sin. Death had to take place. The necessary sacrifice had to be without blemish, a perfect sacrifice.

Jesus became the perfect sin offering for us. John reminds us of that when he writes, “In him is no sin.” Paul puts it this way: “God made him who had no sin to be sin for us, so that in him we might become the righteousness of God” (2 Cor. 5:21).

By offering himself as the perfect sin offering, Jesus has taken away our sins. John tells us that is exactly why he appeared. The meaning of Good Friday is that those who confess Christ as their Savior have their sins removed. They were laid upon Jesus Christ. They have been dealt with by God through his Son.

You must come to know the depth of your sin and realize how unworthy you are and then place your faith, hope, and complete trust in Jesus Christ. When you place your sin on him as the perfect sin offering, your sins no longer belong to you. They have been taken away from you and put on Jesus Christ. Jesus made himself responsible for your sin.

Our eternal High Priest placed all of our sins, rebellion, and wickedness upon himself. Then he staggered up to Golgotha, where he was nailed to a cross. It was there he paid the debt we incurred in full through his death. On the cross Jesus died for us and removed our sins from us.

That is why we should never regard our sin as something trivial. It should never be considered some sort of weakness. Nor should we excuse it by saying, “It doesn’t matter what I do now that I am a Christian.” Sin is such a terrible thing that it led to the death of God’s only Son, the Second Person of the Trinity. 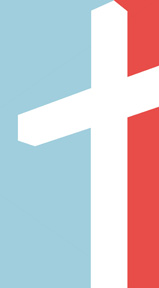