On November 2, millions of Americans will go to the polls to choose the next President of the United States. In participating in such a privilege, how should Christians evaluate the various candidates? How should we evaluate the ambitious platforms of our two major parties? 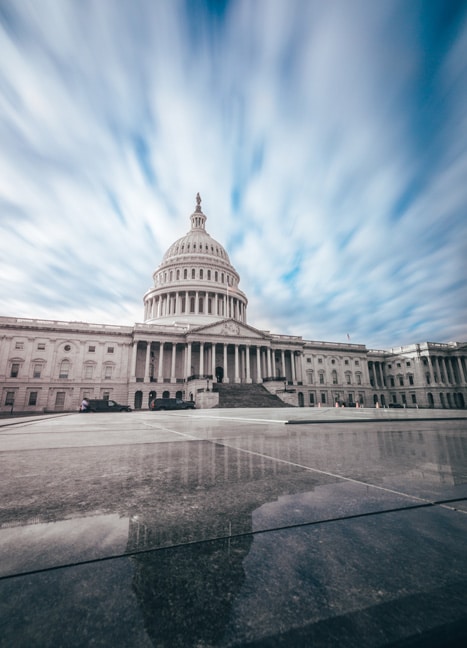 Consider the Republican candidate. Republican President George W. Bush has sought to use government to tackle society’s basic problems through his agenda of compassionate conservatism. Among other achievements he has signed into law the greatest expansions of Medicare, Education, and International HIV/AIDS spending in U.S. history. Bush also emphasized his record of defending the United States from terrorism and establishing democracy in the Middle East. Often his ideas are couched in rhetoric referring to America and democracy as the “hope of mankind” and the “light shines in the darkness. And the darkness will not overcome it.”

The Democratic candidate is no less ambitious. Senator John Kerry has promised to create and preserve jobs, while assisting low-income families by increasing taxes on the wealthy. He has promised to work to ensure that all Americans have health care, and to further increase education spending. He haspromised to restore U.S. respect-ability in the world. Kerry too has idealistic rhetoric, promising that “we can reach for the next dream. We can look to the next horizon. For America, the hope is there. The sun is rising.”

For all of their differences, Bush and Kerry share a basic problem. Neither seems to recognize that political achievements will not make America the light of the world or fulfill our dreams. In fact, for all of three centuries of progress, America is no closer to ending man’s sin and misery than in the past. The innocent are still slain, families are still torn apart, and the weak are still trampled. Meanwhile, the more people turn away from God, the more they turn elsewhere for salvation. Both political parties increasingly reject the idea of limited government under God, instead glorifying government as the ultimate expression of community and the primary means of solving life’s problems. As pragmatism takes over, true religion is driven further and further from public life. Such developments are fearfully reminiscent of the reasoning of humanity in times past. The builders of the Tower of Babel also sought to find salvation apart from the Lord: “Let us build ourselves a city, and a tower whose top is in the heavens . . . lest we be scattered abroad over the face of the whole earth” (Genesis 11:4). As Christians, what should be our response to this political situation? I believe we must begin by understanding the Biblical teaching regarding government and its role, and applying that understanding to candidates.

Government Must Recognize the Sovereignty of God

The only foundation for government is that “the authorities that exist are appointed by God” (Romans 13:1). As Abraham Kuyper acknowledged in his famous 1898 Stone lectures at Princeton Seminary, “authority over men cannot arise from men.” Any government that claims its authority from itself, from the people, or from any source besides God, promotes the cause of tyranny, because it promotes a baseless authority. Because government is Christ’s representative Paul commands Christians to honor and obey the authorities. Peter instructs Christians to obey and suffer under authorities. Because they ultimately receive their authority from God, John the Baptist teaches tax collectors and soldiers to do their duty and act in accordance with the godliness that should be characteristic of servants of God (Luke 3). Authorities must acknowledge that both they and their citizens are first to honor God rather than men (Acts 3). They must act in the reality that “righteousness exalts a nation, but sin is a reproach to any people” (Proverbs 14:34).

Our modern political parties have largely failed to acknowledge the source of their authority. Although they speak with the rhetoric of God, the little acknowledgment that is made that the United States is “under God” is under fire from the left and from the courts. Christians must fight for the recognition of God as the only foundation of authority.

Government Must Seek to Fulfill Its Responsibilities as Granted by God

As Calvin says, “if they remember that they are vicars of God, they should watch with all care, earnestness, and diligence, to represent in themselves to men some image of divine providence, protection, goodness, benevolence, and justice” (Institutes, IV:XX:6). But how clearly does Scripture indicate the tasks of government? Paul writes that the governing authority is “God’s minister to you for good … an avenger to execute wrath on him who practices evil” (Romans 13:4).

The primary task of government is twofold: to provide peace for the Church and the Gospel, and to promote justice and order. First, as the Belgic Confession declares, civil governments have the task of “removing every obstacle to the preaching of the gospel and to every aspect of divine worship… in order that the Word of God may have free course; the kingdom of Jesus Christ may make progress; and every anti-Christian power may be resisted” (Article 36). This does not mean governments should actively promote the preaching of the gospel. Yet, I think it is interesting to note that even the corrupt Roman government was used by God for the good of the gospel.

When Paul commanded Christians to obey the governing authorities, he was certainly aware that the Pax Romana established by the Roman government provided a large measure of peace, stability, and infrastructure that enabled preachers of the early church to travel with relative speed and safety throughout the Mediterranean world. Rome’s respect for law, order and citizenship preserved Paul at times from the wrath of the Jews, enabling him to preach for many years. Unlike Rome, which unwittingly aided the gospel, modern governments should intentionally aim to ensure peace and order for the Church.

America has a strong record of respecting freedom of religion. This is a tremendous blessing. In a time when some citizens are calling to brand “hate speech” a crime and religion is being driven from the public schools, Christians must vigilantly ensure that our political parties continue to stand for the freedom of both the Church and individuals to speak the whole counsel of God.

Second, governments must punish those who do evil and protect the weak from evil. Included in this calling is government’s responsibility to advocate for those who have no advocate. Proverbs 31:8-9 commands rulers to “open your mouth for the speechless” and “plead the cause of the poor and needy.” It would also be fair to say that in times of crisis government is obliged to intervene for the good of all (Genesis 47:13-26). There is Biblical precedent for ensuring that in a wealthy nation, the basic needs of the poor are being met.

Certainly few today deny the government’s responsibility to defend the nation from enemies, to promote justice, or to ensure that the poor are not trampled underfoot by individuals or economic systems. Both parties are quick to accept each of these responsibilities. Many candidates, however, do not defend the unborn who are created in the image of God. They promote the marriage of homosexuals, even though natural revelation should demonstrate to them that “from the beginning it was not so” (Matthew 19:8, Romans 1).

Government Must Acknowledge That as God’s Minister, Its Authority Has Limits

Government may not do everything it has the worldly ability to do, nor can it do everything the people want it to do. Abraham Kuyper argued that since government authority originates from the sovereignty of God alone, it must act within the guidelines set for its authority. Kuyper further pointed out that government is not the only authority. The Church and the family, for example, each have their own realm which government may not violate. As Jesus teaches so clearly, just as citizens must “render . . . to Caesar the things that are Caesar’s” so government must render “to God the things that are God’s” (Matthew 22:21).

Governing authorities must ensure, in the words of the Belgic Confession, that it is “functioning in the sphere entrusted to them, with the means belonging to them” (Article 36). In Christianity and Liberalism, J. Gresham Machen warned of the effects of unlimited government, which he associated with the rise of Modernist thinking. He warned that “the materialistic paternalism of the present day” would make America a land “where spiritual adventure will be discouraged” and all will be reduced to the level of “the least gifted of the citizens” (P. 14–15).

Unfortunately, here is where our modern political parties stray most widely from the mark. Many in the Republican and Democratic parties seek to engineer society economically and socially through an astonishing list of health care programs, welfare programs, health and wellness initiatives, family planning initiatives, faith-based initiatives, economic incentives, and even art promotions. Many such programs are not targeted towards those in genuine need, and go far beyond defending the needy from injustice. Government treads on dangerous ground when it claims the authority to provide and control education, the proper domain of parents, or to use taxpayer dollars to dictate a health care or retirement system for all people. While Scripture arguably demonstrates that government should ensure that economic and commercial systems are essentially just, this calling should not be used as a pretext to interfere with every aspect of trade and commerce, favoring one interest over another for selfish ends. None of these tasks is ascribed to government by the Word of Him who established them.

In conclusion then, how should Christians examine candidates in the coming election? Shall we abandon our nation’s major parties, since they fail to meet the standard of Scripture in so many ways? Certainly not! Securing the blessings of godly government is far too important for that.

Having recently begun working for a congressman in Washington D.C., I understand the danger of discouragement for Christians in politics. We are working with people who hate our Lord. But as Christians we must not withdraw from the center of public debate and its most pressing issues. Rather, we must consistently provide Christian proposals for godly policy. I have seen many Christians in Washington D.C. seeking to do just this. My boss, Florida Congressman Dave Weldon has fought hard to ban cloning and embryo stem cell research, standing up for the sanctity of life against those who make a god of science and its ability to fight disease.

When U.S. citizens vote on November 2, they should not fall into the trap of accepting the world’s standards for a political platform. Certainly Christians will disagree regarding specific policies and programs. But we can unite to point government to its proper responsibilities and vote for candidates who truly attempt to carry out their tasks as Christ’s ministers. For ultimately the goal of every Christian, both in and out of politics, is to point to Him as our one and only Savior, the only hope and light of the world.